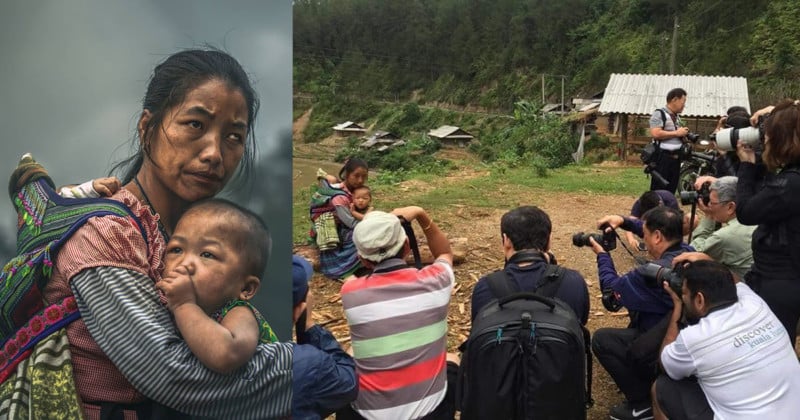 The prestigious Hamdan International Photography Award (HIPA) has announced its 2019 winners, and Malaysian photographer Edwin Ong Wee Kee won the $120,000 Grand Prize with a photo shot in Vietnam showing a mother carrying two children. But the win is proving controversial today after a behind-the-scenes photo revealed that the shot was apparently staged.


The theme of this year’s HIPA contest was “Hope,” and the winners were unveiled on March 12th. Here’s the image that was used to announce Kee’s winning photo: 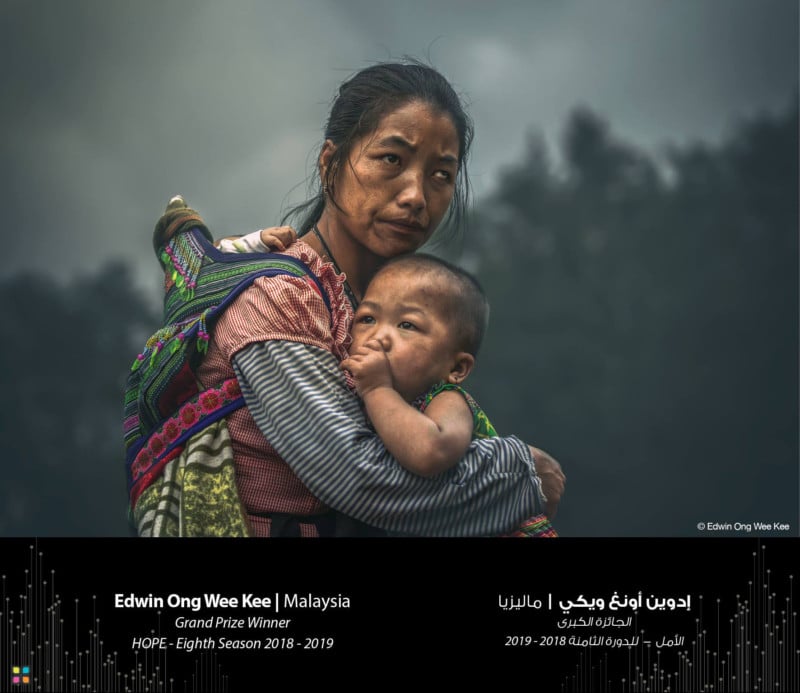 “[H]is photo documented an intense humanitarian moment,” HIPA writes. “The feelings of a Vietnamese mother whose speech disorder did not prevent her from feeling hopeful and evoking a sense of strength for her children.”

And it seems that Kee has been promoting his photo as being the result of an unexpected and “unplanned” moment:

“In the world’s biggest single contest prize open to the global photography community, Malaysian Edwin hit big with his single image taken from a recent photo trip to Vietnam,” PDNPulse writes. “Although he describes himself as a keen enthusiast, his full time profession is as a traditional Chinese medicine physician. His roadside shot of a Vietnamese woman and child was not planned and came about due to an unforeseen stop.”

But the photo seems to have been at least a little more planned or posed than Kee describes. Photographer and Street Photo BD Magazine founder Ab Rashid shared a behind-the-scenes photo today that seems to have been taken at around the same time as the winning photo. 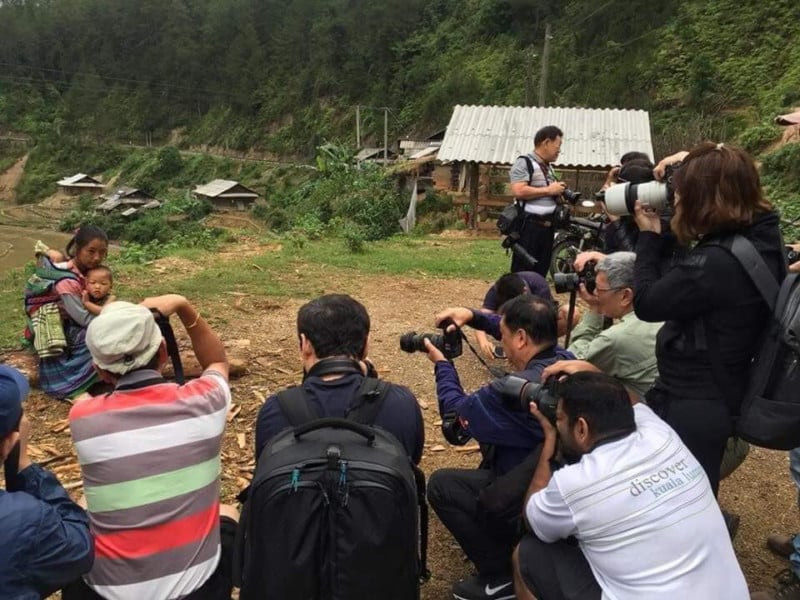 As you can see, a crowd of photographers was apparently gathered around the mother at the same time as Kee, meaning his photo was just one of a large number of nearly identical photos that emerged from the portrait session.

“Another classic photo of a photography tour group gathered around one subject, shooting the same image from almost the same angle,” writes picsofasia.

It’s important to note that HIPA is a general photography award and not a photojournalism contest, so there isn’t any rule that was broken in this case. But it’s the fact that one of several similar photos won a prestigious $120,000 cash prize that seems to be leaving a sour taste in many photographers’ mouths.

“Staging a photo and winning a competition, is THE fastest way to reach this stage,” picsofasia continues. “This is the fastest shortcut you can take to obtain fame. Fame that will of course make you become very rich. Because we all know that once you have won a competition, it rains money and National Geographic just can’t get enough of you for their exotic assignments around the world.

Update: We’re hearing from a source (who does not wish to be named) that the mother in the photo had walked into the group of photographers who were shooting at the location and that she agreed to pose for portraits when asked by the group.

This description is reminiscent of the controversy that erupted back in January 2018 when photojournalist A. M. Ahad shared a behind-the-scenes video of multiple photographers shooting photos of a young man who was leaning out of a train window and striking a prayerful pose. 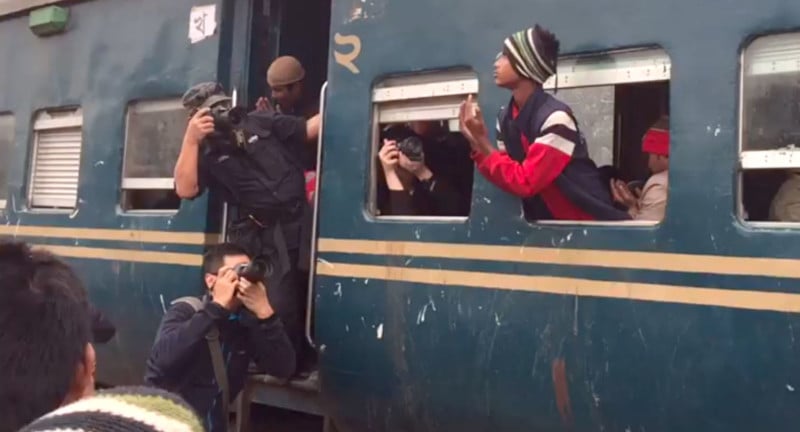 “For the last couple of years […] there are hundreds of Malaysian and Chinese tourists carting cameras and doing things,” Ahad told PetaPixel. “They are all around making images and ruining things for professional photographers. […] [P]eople think it’s natural to give a pose if a photographer asks […] Bangladesh is not for people like this who [come] to ruin professional photographers etiquette for the sake of winning medal[s].”

Update on 3/20/19: Kee tells Malaysian news outlet The Star that his photo was not staged but was captured “spontaneously.”

“In this trip to Vietnam, we (the photographers) went to the rice field and there was a mother (who had her children with her) that passed by,” the photographer tells The Star. “We then asked her whether we could take her photo of which she willingly sat down and allowed us to take her photo. We never told her to stand up or sit down. Even after taking photos, she was still there and didn’t move until we left.”

P.S. We’ve reached out to Kee for comment but have yet to hear back. We will update this article if/when we receive a response from him.