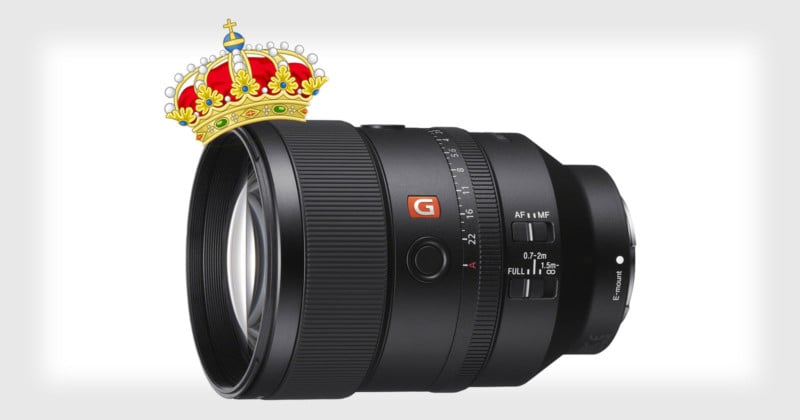 Sony’s new FE 135mm F1.8 GM lens will hit store shelves next month, but it’s already dropping jaws with its sharpness. According to one new test, it may be the sharpest lens of its kind on the market today.

Roger Cicala over at LensRentals has published early MTF results after testing 10 copies of the lens provided by Sony, and the numbers blew him away.

“I mounted the first one, sipped my coffee and then lost my mind and started shouting various expletives, enough to bring Aaron running in from the other room to see what I’d broken,” Cicala writes. “I hadn’t broken anything; I just saw MTF curves higher than anything I’d ever seen in a normal-range lens.” 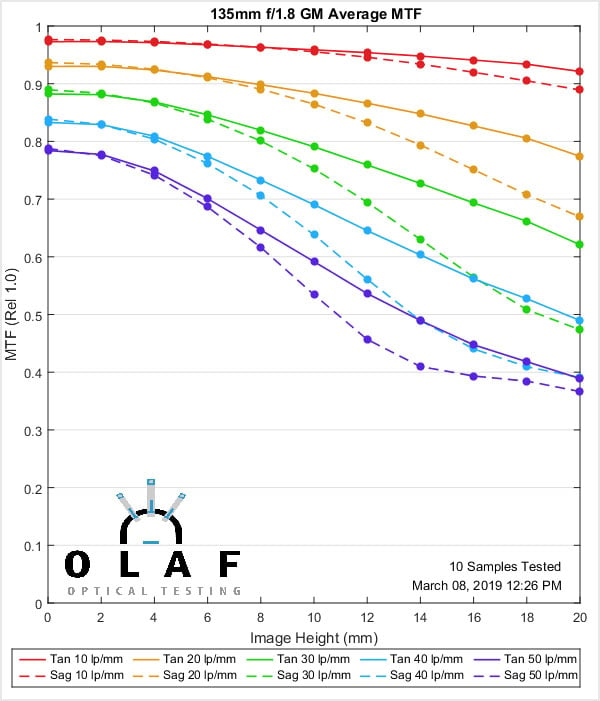 “Let’s make this simple and straightforward,” Cicala writes. “In the center, that’s the highest MTF I’ve seen on a non-supertelephoto lens. The highest.

“Let’s put particular emphasis on the purple line, which is 50 lp/mm. That’s a higher frequency than any manufacturer tests (that we know of), appropriate for fine detail on the highest resolution cameras. We would consider an MTF of 0.5 at 50 lp/mm to be very acceptable. This is hugely better, nearly 0.8 in the center. We’ve never seen that kind of resolution before.” 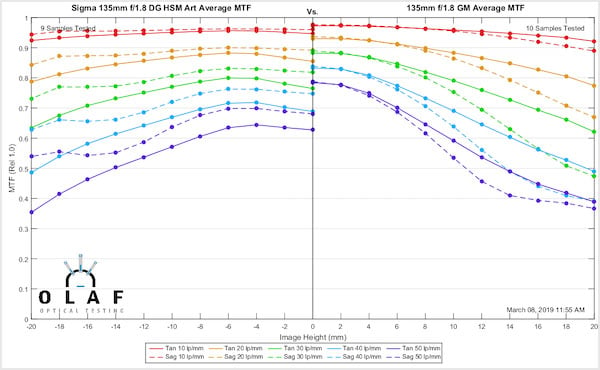 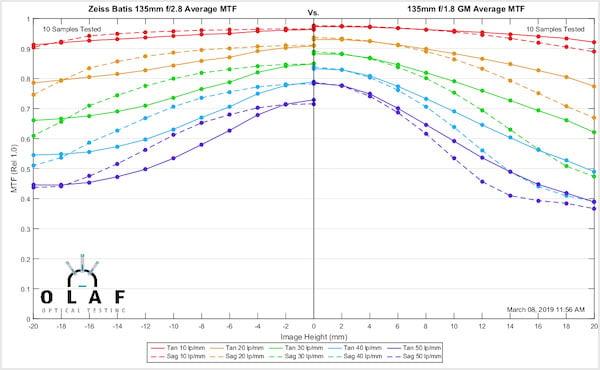 “[T]his lens can resolve fine details that would be a blur on excellent lenses,” Cicala writes. “What does this mean for you? Well, in a couple of years if you are shooting a 90-megapixel camera, this lens will be the one that wrings the most detail out of that sensor. Right now it looks at your 43 megapixels and goes, ‘that’s cute.’

“[T]he results are pretty simple. This is the sharpest lens we’ve tested. Period. (At last count, that’s out of 300+ lenses tested.)”