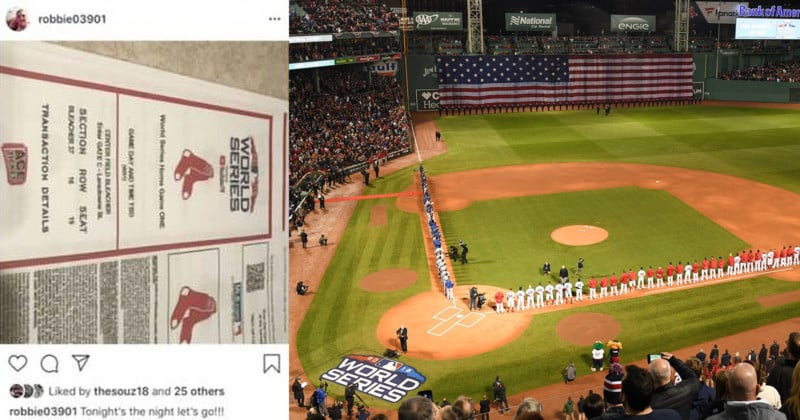 Heads up: you should never post photos of modern event tickets online. A Boston Red Sox baseball fan just learned this lesson the hard way. After sharing a photo of his $650 ticket to Game 2 of the World Series on Instagram, he was later shocked to discover that someone had used it in his place.

Boston 25 News reports that 28-year-old Robbie Johnson arrived at Fenway Park for Game 2 on October 24th and had trouble getting into the ballpark — the ticket wasn’t being accepted by the scanning machine.

After paying a visit to ticket services, Johnson was informed that his ticket had already been scanned a couple of hours before he arrived.

Johnson eventually realized that he had posted a photo of his ticket on Instagram earlier in the day. 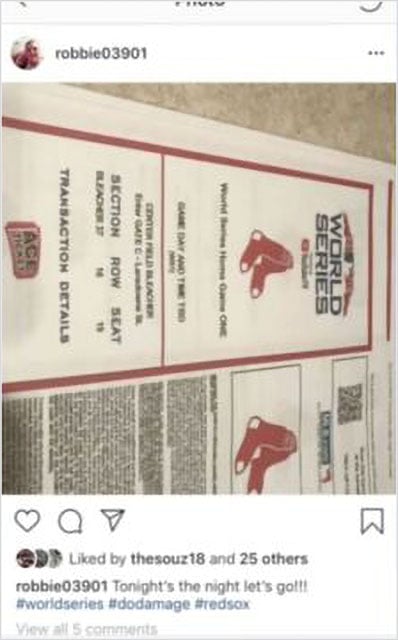 What he didn’t realize, however, is that the photo contained both his barcode and his unique ticket number — everything that’s needed to create a duplicate ticket. Someone had discovered Johnson’s photo and used it to gain free entry into the World Series.

Johnson ended up paying another $450 for a replacement ticket so that he could get in with his sister.

If you ever do wish to post a photo of an event ticket online, just make sure you cover or blur the barcode and unique details to prevent this type of theft.