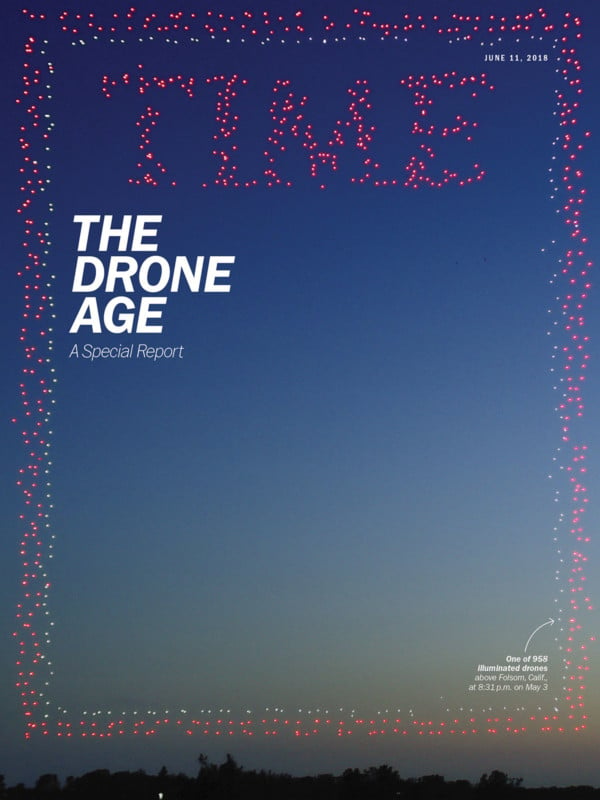 TIME magazine’s latest issue is a special report on the rapid explosion of drones in our culture. For the cover photo, TIME recreated its iconic logo and red border using 958 illuminated drones hovering in the sky. It’s the first-ever TIME cover captured with a camera drone.


To create the photo, TIME partnered with Intel’s Drone Light Show team (which creates beautiful sky displays using hundreds of drones at a time) and Astraeus Aerial Cinema Systems to fly and capture (respectively) the 958 drones above Folsom, California (where Intel has a campus).

The project was one of the biggest drone shows ever done in the United States — it’s a display measuring 100 meters (~328 feet) tall: 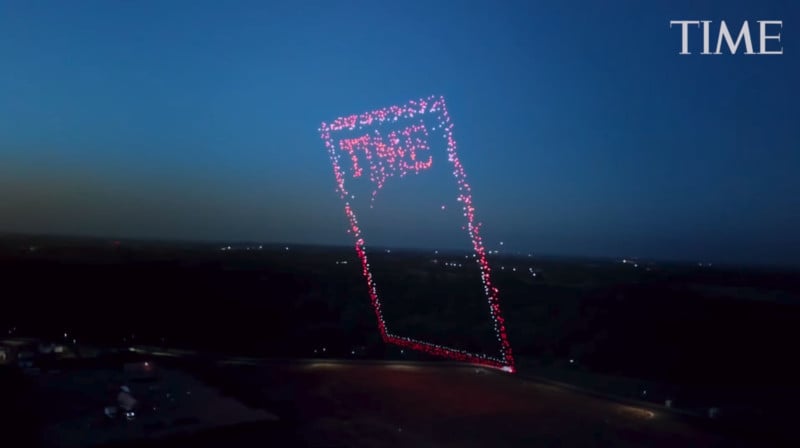 Here’s a 13-second video in which a camera drone flies through the cover in the air:

And here’s a 4.5-minute behind-the-scenes video showing how the one-of-a-kind photo shoot was done:

The display was actually filmed with a cinema camera on the Astraeus-flown drone, and the cover photo was a still frame extracted from the footage.