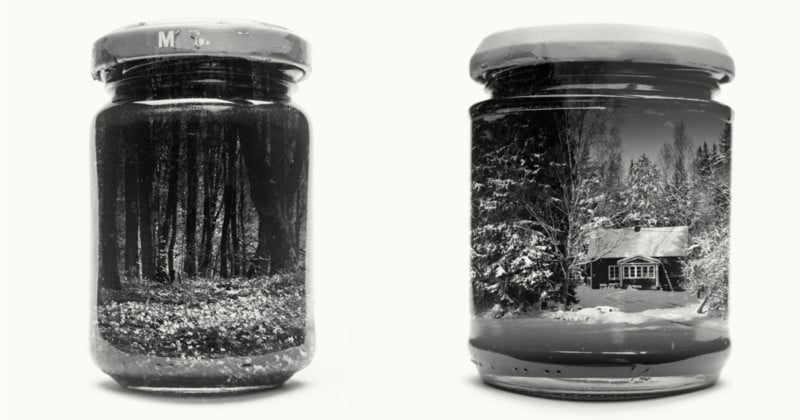 This project is called Jarred & Displaced, and at its core, it’s the fulfillment of Relander’s childhood fantasy.

“I play with the idea of being an ambitious collector, conserving my environments into a large personal collection,” he writes on his website. “Most landscapes are from where I grew up, on the countryside in the south of Finland, where my roots still lie. Separation anxiety to my childhood is simply what absorbed me into this project.” 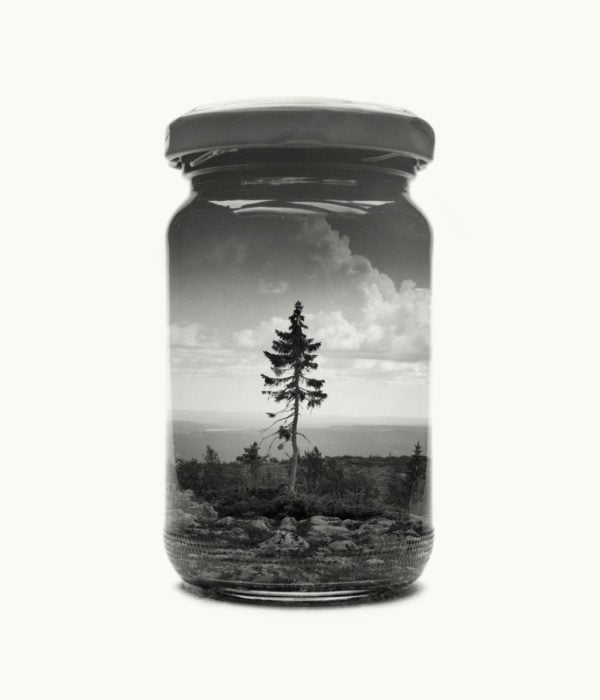 Expanding on this in a conversation with PetaPixel, Relander explains that the project was born around the same time someone else was about to be.

“I got the idea for Jarred & Displaced around the time I knew I would become father, about two years ago,” Christoffer tells PetaPixel. “At this period I became nostalgic, sometimes also anxious about the fact I’m so far away from my own childhood.”

At that point in his life, Relander had been working with multiple exposures in both commercial and personal projects for about 5 years. “There was a point it felt like it’s time to move on,” he told us. “But instead I started to do it on film, this made the process much more fun and exciting to me.”

He’s sharing some of that fun with us in this artistic behind the scenes video produced alongside the project:

Since some of you are still wondering, when we say analog, we mean it. These photos were not created with help from Photoshop or any other digital photo manipulation program.

“With analog multiple exposures I’m able to manipulate my photographs in-camera,” writes Relander. “All double exposures are shot on medium format film that I develop and scan myself.”

Since these aren’t post-processed to perfection, you can often see the landscapes spilling over out of the jar and into the lid, but when Relander managed to contain the landscape exclusively to the blackened glass of the jar, the results are mesmerizing. See for yourself: 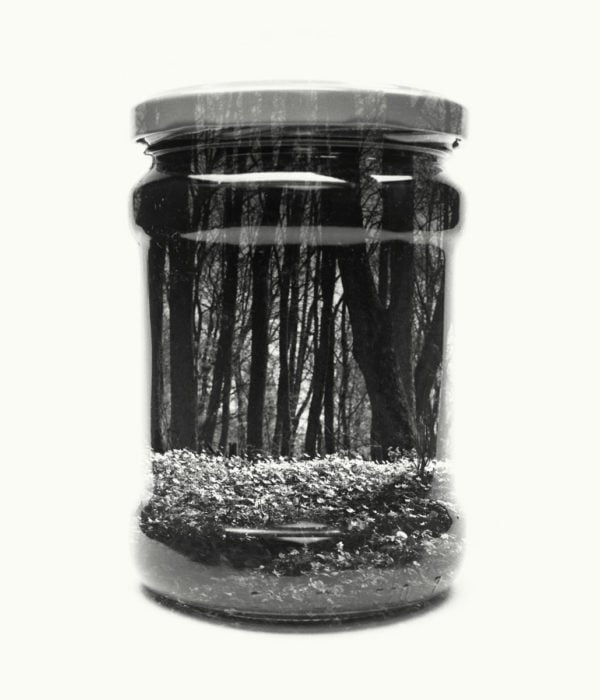 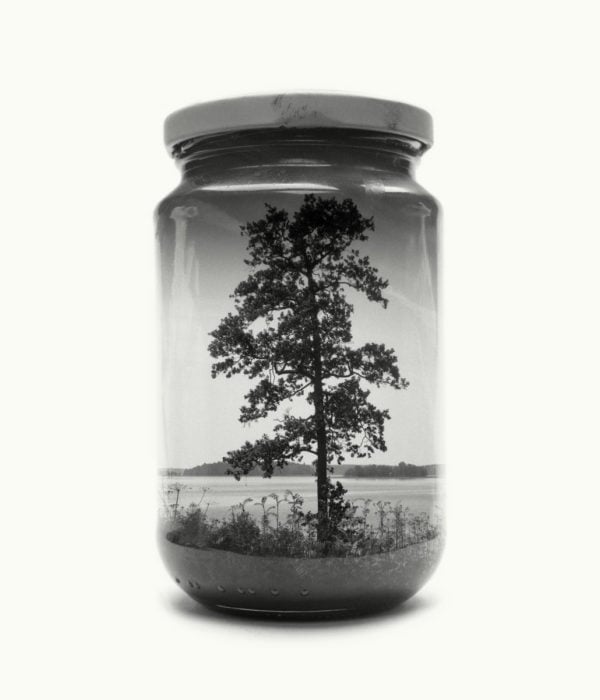 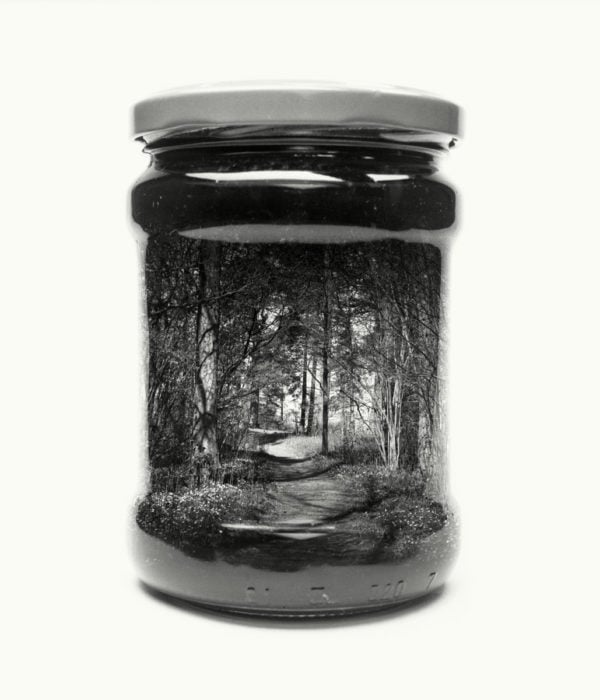 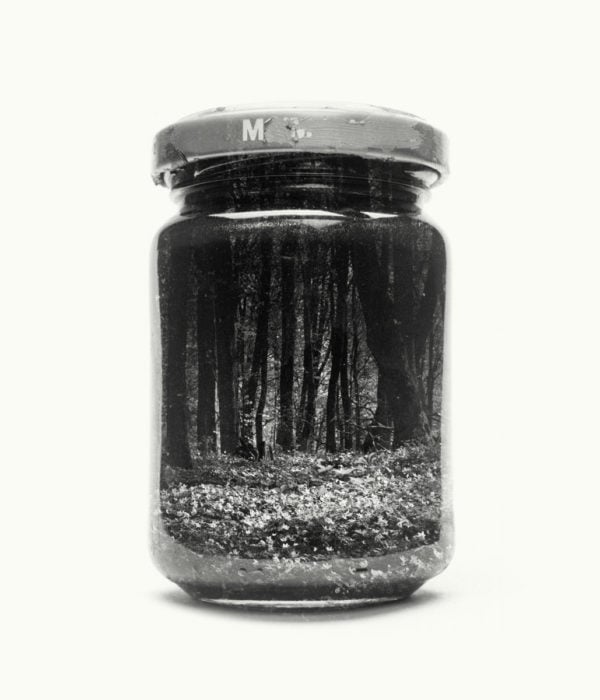 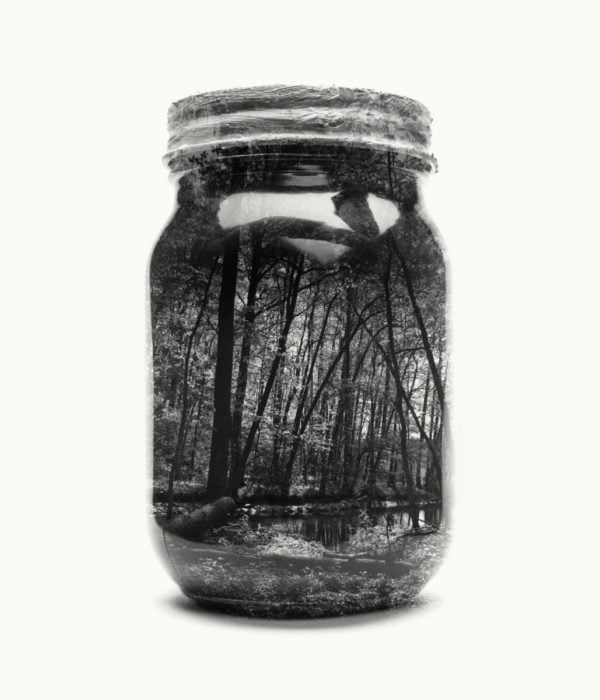 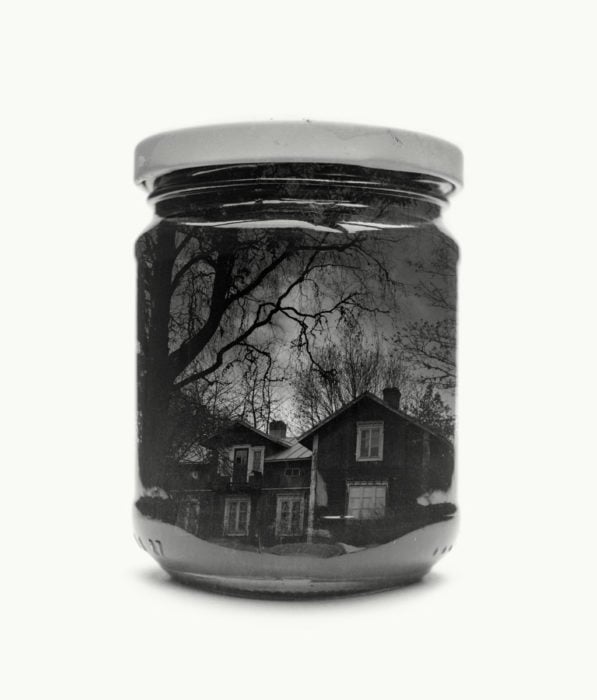 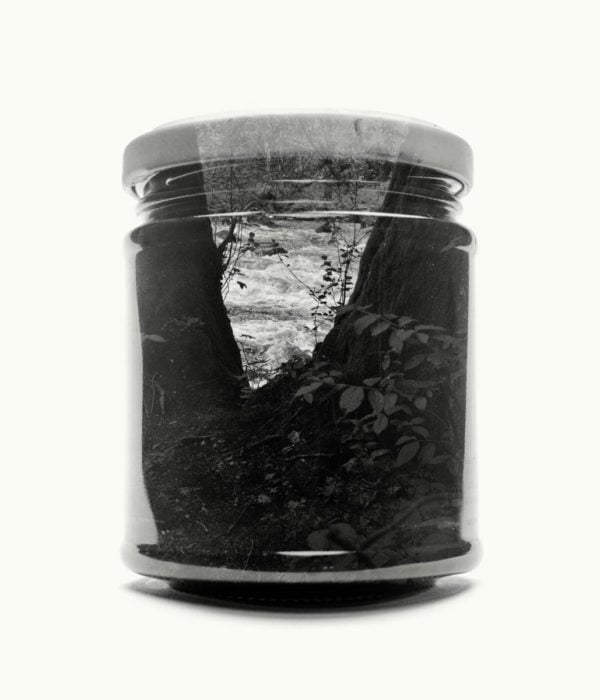 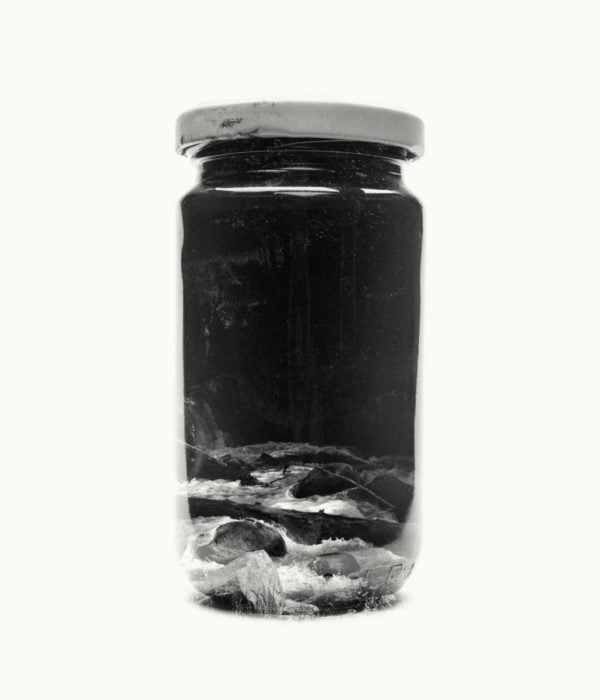 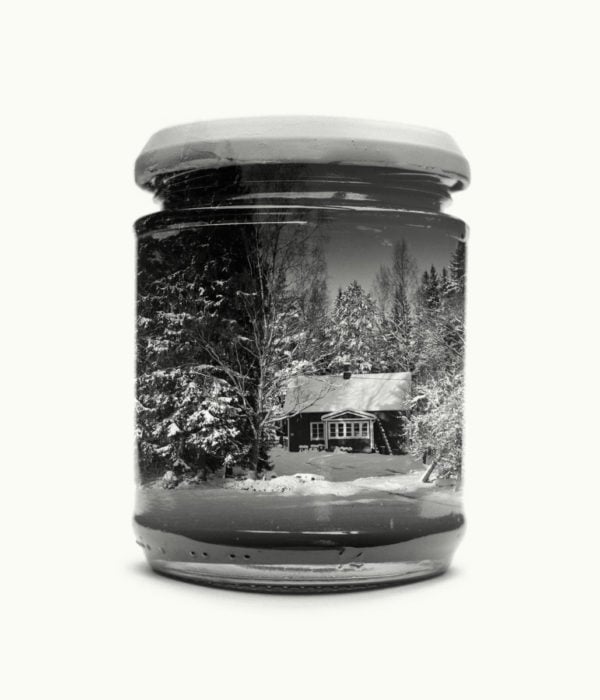 Jarred & Displaced is an ongoing project, which you can follow at this link. And if you want to explore some of Christoffer’s other projects or see more behind the scenes tidbits, be sure to check out his website or give him a follow on Instagram.

Image credits: All photos and video by Christoffer Relander and used with permission.