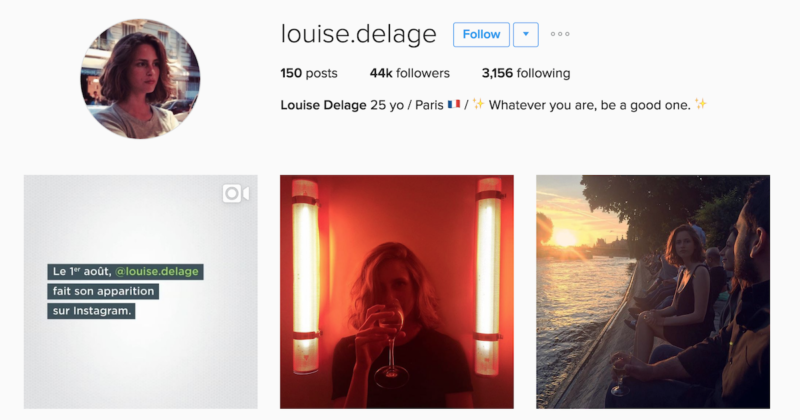 25-year-old French socialite Louise Delage has amassed some 44,000 followers and over 50,000 likes on Instagram in the last 2 months. An impressive feat by social media standards… except that she’s not a real person.

Though she may seem familiar to some, Delange is actually the fictitious creation of Paris agency BETC for the French organization Addict Aide and their “Like My Addiction” campaign. The organization provides resources for those worried that they may be drinking too much, and wanted to raise awareness of alcoholism among young people. 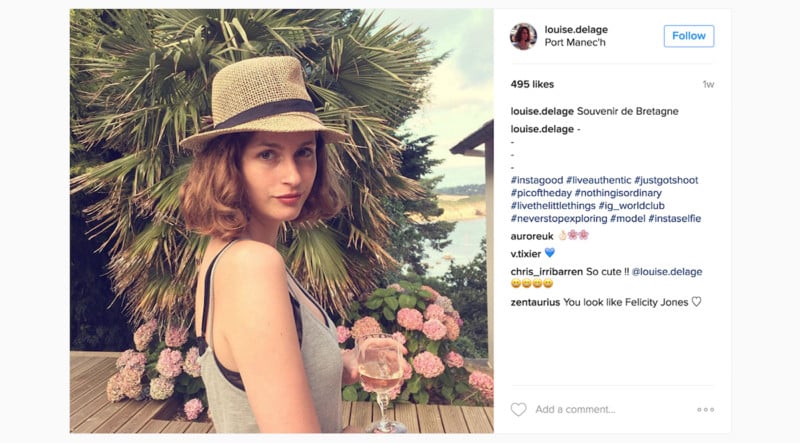 The bamboozle went on for 2 months, 149 posts, and nearly 50,000 likes before BETC made the big reveal via video. Here’s the English version:

Not everyone was fooled. BETC told AdWeek that “a few people sensed the trap—a journalist among others,” but overall most people just saw a pretty girl living a glamorous lifestyle.

As a result, the big reveal came as a shock to many, generating over 500,000 views of their video across social media, prompting some 140 articles about the campaign, and spiking Addict Aide’s website traffic 5x in the hours after the video went live.

It just goes to show, in the most sobering display yet, how the glamorous slice of someone’s life that you see online isn’t always what it seems to be… in fact, sometimes it’s not real at all.

(via AdWeek via DigitalRev)

Classic Cocktails Photographed in the Style of Master Painters