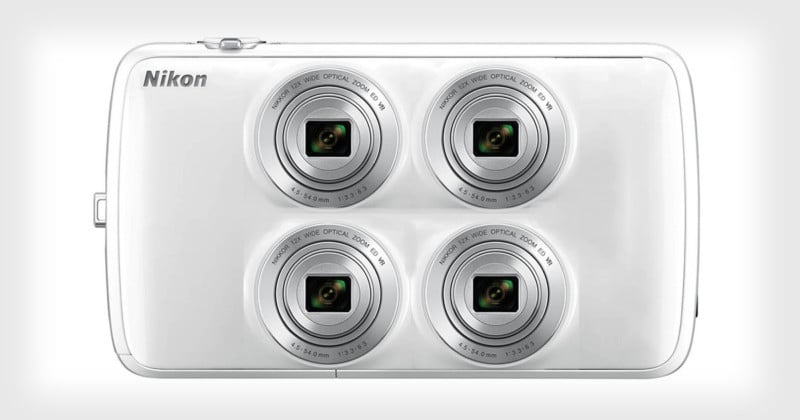 The multi-aperture computational camera is an exciting technology that’s emerging in the world of photography, and it appears that Nikon wants in. The company has patented a “4-eye” camera that packs 4 lenses and 4 sensors.


The startup company Light made splashes in the computational camera space in October 2015 when it announced the L16, a compact camera that combines the powers of 16 separate camera modules to shoot 52-megapixel “DSLR quality” photos.

By combining the images captured by the four smaller sensors, the camera can achieve the performance of a camera with a single larger sensor. Other advantages of computational cameras include superior low-light performance and the ability to choose the focus of your photos after you shoot them.

No word on when or if this patent will ever turn into an actual camera, but we’re definitely seeing some new interest in multi-aperture computational cameras that change the paradigm in camera design.