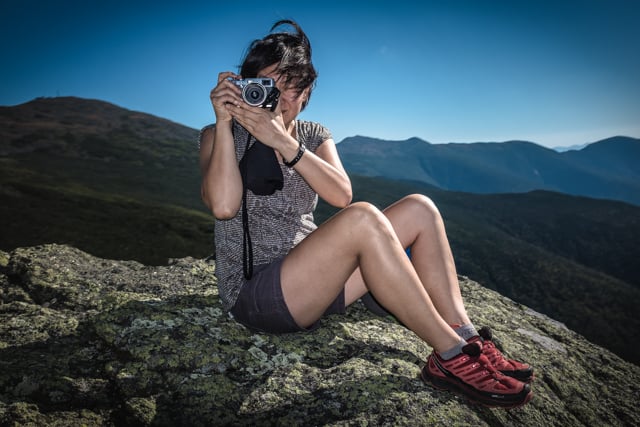 The Fuji X100T is yesterday’s news for most of you, I know. Mirrorless cameras represent the latest stage in the rapid evolution of the tools and technologies we use to make pictures– look no further than the tantalizing new Hasselblad X1D if you need proof of where things are going.

But interest in the X100T still seems high. Ever since I wrote about mine a year ago, I’ve received enthusiastic messages from readers all over the world. Just the other day, a photographer in the UK wrote to ask whether I thought the $1,300 X100T or the $4,200 Leica Q would be the better choice for him. I hope something he reads here helps his decision.

I also know that comparisons between Fuji and Leica have been done to death at this point. I haven’t tried the Q, but as a former, passionate Leica M6 (and Hasselblad) user, his question got me thinking about all the things that have changed since I fell in love with photography in the 1970s, all the things that haven’t, and where all these great new cameras fit in that equation.

If you’ve been in the photo racket long enough, you can probably tick off any number of instances when “the way we’ve always done things” became “the way we used to do things”. For me, the present first started looking like the past back in my salad days as a hungry photo assistant in 1987. “Johann” walked into the studio one morning and announced that Nikon was about to release a professional autofocus camera.

The guy’s real name was John, but we called him Johann due to his raging Leica fever. All serious shooters had a case of the hots for the classic rangefinder, of course, including yours truly. It represented a link to photography’s romantic past, a step away from fussy gadgetry and toward the way we used to do things.

But owning one was an impractical luxury for struggling young commercial photographers like Johann and me. By necessity, we relied on 35mm SLRs for most of our work, so Canon or Nikon converting to autofocus threatened to shift our world on its axis.

Jim, our studio manager, let out a snort. “Get out of here- there’s no way pros will ever go autofocus. How hard is it to focus a lens?”

“F4, baby- read it and weep!” Johann tossed a hot-off-the-presses copy of Modern Photography our way while dry firing his motorized Canon F1 at its maximum frame rate sans film for emphasis. It was an annoying habit he said he did “for practice”. We said the constant “clack-clack-clacking” drove us nuts.

It would hardly be the last time.

Fast forward a decade, and film, motor drives, manual focus lenses, Modern Photography, the studio where Johann, Jim and I used to work, many of the early technology companies we made pictures for, and pretty much everything else about 1987 had already started to look like “the way we used to do things”.

Cascading evolutionary events saw our industry emerging from its primordial chemical ooze. Digital Darwinism (or survival of the “bit-est”) would spell extinction for some, while the rest of us tried to stand upright and learn how to use our awkward new opposable digits.

Even so, old world afflictions like Leica fever are hard to shake, and in 1997, I succumbed and bought my first mirrorless camera, an M6 and 35mm Summicron. Smitten with wanderlust, my heroes had all been armed with Leicas and itchy trigger fingers, and finally, dammit, so was I.

Like so many other red ball suckers, I was convinced that by channeling the giants of twentieth century photography through this particular old school, non-reflex camera, I’d somehow make better pictures. The funny thing is, I did. It went  everywhere with me, and I loved how being stuck with only one lens made me think twice about what I pointed it at. My pile of keepers grew substantially.

Laugh all you want, but the Leica reminded me why cameras were invented in the first place: to show others what we see and how we see it. Its lure was as simple as point and shoot photography writ large, with nothing between my baby blues and the world except a peephole, some kickass glass, and an expensive metal box. If you’ve used one, you know what I mean. If you haven’t, you don’t.

But the M6 is a film camera, and considering the way things are done these days, I think it’s kind of silly to waste time and treasure buying, souping and then digitally recapturing film images in a scanner. While I don’t have the heart to sell it, the urge to make the type of simple pictures I made with the Leica is stronger than ever.

It’s restored the experience of working within the forced limitations of the M6 without having to sell a kidney to buy a digital M (or half a kidney for a Q). It goes with me everywhere, and my pile of keepers continues to grow. It’s far from perfect, but it’s perfect enough if, like me, you’re in this for the pictures.

I see you rolling your eyes right now. Sure, Fuji probably went a little overboard cashing in on Leica fever. But why not? Camera companies stay fat and happy by understanding their customers’ psychology. Once you’ve gotten the Id, the Ego, and the Superego out of the way, photographers’ personalities can be further distilled into three subcategories: your Poseur, your Old Poop, and your Shooter.

Obviously, all of us here on Petapixel self-identify as Shooters, but marketing managers understand our more ignoble instincts and peddle their wares accordingly. How else, pray tell, do you explain unboxing videos and the Lenny Kravitz Leica?

Fuji’s not stupid, Poseurs are, especially the ones who spell it that way. Poseurs sport the X100T because it looks great with mismatched plaids and a top knot, so move along, there’s nothing to see here.

But then, us Old Poops shouldn’t be so quick to throw stones. Our build quality is somewhat less than superb, and our firmware may be the only firm thing left on us.

As the industry’s perennial cash cows, Old Poops are as overequipped as we are underwhelmed. Our Holy Trinities scream “HOLY OVERKILL!” as we stand in line to use Peter Lik’s tripod holes at Antelope Canyon. You marvel at our overstuffed Hubba Hubba Hiney’s cinched up under our armpits, half Batman, half Fred Mertz. But then you read our laments about “bad copies” and “bad bokeh” and how badly we’re awaiting the next update.

A cautionary digression here: I was just advised that you don’t have to be old to be an Old Poop, by the way. Not with cameras, not with anything.

Old or young, hip or square, Shooters are best suited to meet the challenge of highly restrictive cameras like a Leica rangefinder and the X100T. They’re obsessed with what they see and how they see it, even though nobody cares about their pictures anymore.

They’re curious about their world, and they have a definite point of view. They use a camera to express both, not to debate MTF curves.

For Shooters, having too many choices is just that– too many choices. They know that hauling around a bag full of lenses only makes it that much more likely that they will have the wrong lens on the camera every time that once in a lifetime shot presents itself.

Shooters believe close and wide is where it’s at, but when it’s not, it’s either not a picture or it’s not a picture for the X100T. They’re OK with that. They have other cameras too, and they know how, when, and why to use them.

They print their best work, and they know that sensor size and pixel count are mostly only relevant in discussions of output size. The X100T’s half frame 16 megapixel sensor produces 20” prints that blow their chemical counterparts clean out of the water wash. That’s plenty big enough, since Shooters never expected anything more than that from their small format film cameras.

Most importantly, Shooters know that if they’re not shooting RAW with cameras as capable as the X100T, they’ve wasted 1300 smackers (calm down, photojournalists and event photographers, I don’t mean you). They understand the difference between RAW development and pixel editing in Photoshop and avoid the latter until they’ve exhausted the former.

I know what you’re thinking, and you’re right. You don’t need any specific camera to approach photography this way. We all know that the best camera is the one you have with you. Mirrorless masterpieces like the X100T (and the Leica) just make you want to have one with you more often, that’s all.

My year of living mirrorlessly has reinforced a lesson that I learned way back before career complexities packed on the pounds: less is more. To paraphrase Magnum’s David Hurn, the recipe for great photography starts with two basic ingredients: where you stand and when you release the shutter. Season to taste, of course, but pretty much everything else is BS, and no amount of baloney piled on top of BS will make BS taste any better.

In the end, using the X100T feels like how we used to do photography, but with the substantial advantages afforded by how we do it now. Digitally, but with a few less digital distractions.

But then again, maybe I like mine so much because it’s allowed me to retain some measure of dignity as a photographer without just saying “f*ck it” and shooting with my iPhone like everybody else.

And speaking of phones, here’s a postscript: At a recent event hosted by the Boston Press Photographers Association, I met Pulitzer Prize winning photojournalist David Hume Kennerly, Gerald Ford’s White House photographer and a Shooter’s shooter who’s been on the front lines of history for almost half a century. It was an honor to shake the hand of one of my earliest photo heroes. Kennerly wasn’t the only Pulitzer winner in the room. In the audience was Stanley Forman, awarded twice for his work at the Boston Herald, and the Boston Globe’s Jessica Rinaldi, one of this year’s recipients for her coverage of a young boy living in poverty in rural Maine.

When his presentation was over, everyone crowded around the guest of honor. Out came the cameras, mostly mirrorless Fujis and Sonys, iPhones of course, a DSLR here and there, but no Leicas. Kennerly, who literally wrote the book on iPhone photography, snapped a few selfies with Forman and Rinaldi on his own phone after apologizing to Canon, the event’s sponsor.

Suddenly, the guy next to me called out my name. He was standing on his chair firing away in rapid bursts with an XPro1- ticka-ticka-ticka, not clack-clack-clack. It had been almost 30 years since we worked together, but I recognized Johann right away, shooting the way he used to, sans film.

But he was shooting.