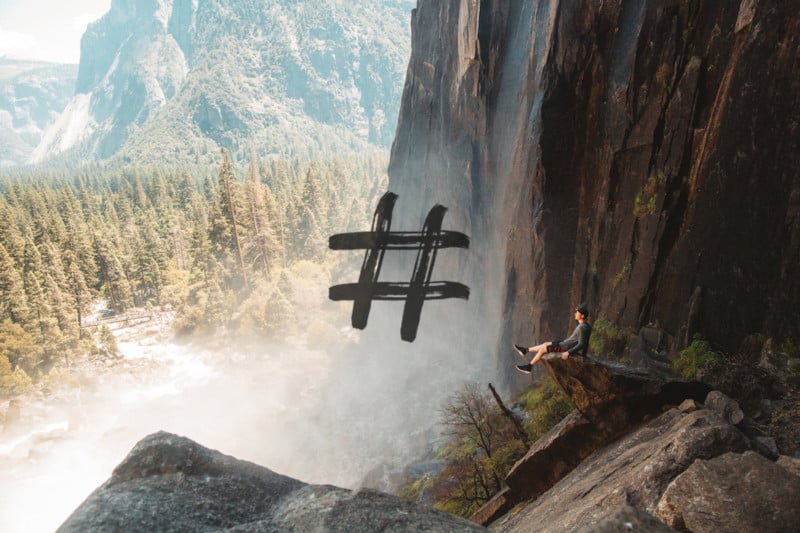 I’ve seen a lot of threads and questions online regarding how to increase an Instagram following and get more traffic. But while there are plenty of great articles out there explaining various techniques (i.e. posting times, consistency, engagement, etc.) I haven’t seen a lesson on hashtags.

What little I have seen on the topic clearly indicates that there’s a widespread misunderstanding of the use of hashtags and how to use them to your benefit.

Think of hashtags as a pipeline to the rest of the world. Every tag you use acts a connection with other users. If you use 5, there are 5 outlets that others can use to view your image. If you use 30, now you have 30 outlets. Without these, the only chance of visibility you have is via your current followers and the low odds of being thrown onto the explore page. The latter is pretty difficult to predict, as every user has different photos on their explore page and Instagram won’t disclose how it actually works.

Hashtags are essentially a way to tag your photo and throw into in a chronological pool of other photos/videos that have used the same tag (which can be viewed by clicking on the hashtag itself). This allows other users to find photos of similar interest or in the same niche.

For example, if you’re a portrait photographer and want to find other portrait photographers or photos then the #portrait tag should have photos of portraits that other users have tagged their images with. You can also use the hashtag of a hub (which I’ll discuss later) for a chance to be featured.

Some hashtags are vastly more popular than others; however, popularity doesn’t always translate to effectiveness. For example, you’ll notice that #photooftheday, #like4like, #instagood, #iphoneonly, etc. are extremely popular. Unfortunately, since so many users throw these similar tags on their images, it means that their photos are buried in the pool within seconds and become virtually undiscoverable.

They are also tags that are nonspecific to any field or niche. In other words, what few people may be browsing these pools could likely overlook your photo because it’s not necessarily what interests them. In addition, the popular tags usually have a lot of bots/spammers that use this tag on images—you’ll earn yourself a lot of spam comments on whatever photo you posted with said tags.

Basically, avoid these tags whenever possible. They are useless and you will not benefit from them. To gauge if a hashtag is worth using, check the pool and see how many photos there already are and how quickly photos are added to it. If 30 photos get added every 2 minutes (which isn’t unusual) then it’s likely that it will bring you no benefit.

So now that you’ve stopped throwing useless hashtags on your photos where do you go from there? First, I’d recommend finding large hubs to display your work.

Hubs are pages that will feature your work for using their corresponding hashtags. There are thousands of hubs that feature work of different aesthetics; whether you’re into nature, landscape, wildlife, portraiture, cityscape, travel, or astrophotography, you’ll find them a feature page that suits your style.

Neglecting the possibility of some pages purchasing followers, utilizing these pages can greatly increase your visibility since your image can be seen by upwards of 50k or 100k users. I’ve had friends get anywhere from 25-200 followers from a single feature. Obviously, it depends on the size of the hubs audience.

Below is a list I’ve compiled of various feature pages. You can visit each page to check out the hashtag they require you to tag to be featured. 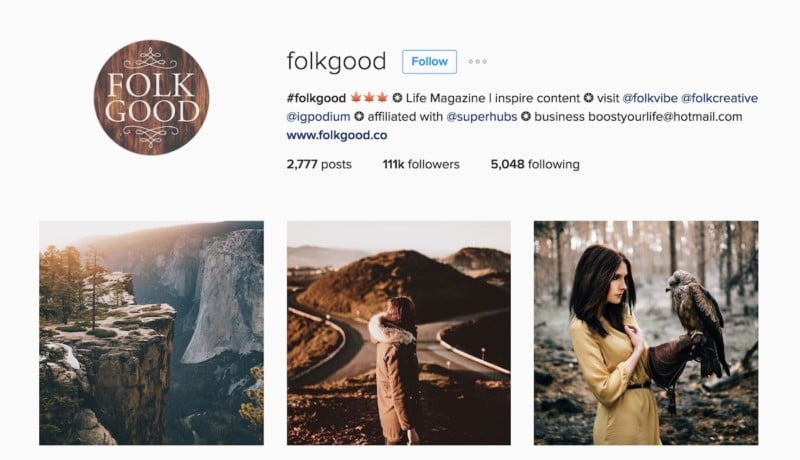 1. You can only use a maximum of 30 hashtags per photo (sort of, check the tips).

2. Hashtags are put in the pool based on the time the image was posted. Prior to a recent update, users were able to add/change hashtags to put the photo at the top of the hashtag pool.

3. This isn’t the case, however, for tagging the page in the photo itself.

4. Double check if a hashtag is still active in search before using them. Certain hashtags (#livefolk) have had terms of use violations which has lead to only being able to view ‘top’ photos.

5. If you don’t like the idea of having dozens of hashtags in your caption, you can also put them in a comment.

1. There is a small loophole that will allow you to have up to 60 hashtags per photo. To do this, first, put up to 30 hashtags in a comment then edit your caption with an additional 30. I’m not a huge fan of this because it clutters and is a little irritating to view.

2. Keep your most-used hashtags in a notepad on your phone (I use Google Docs). Instead of having to type them in every time, you can simply copy and paste.

3. If you don’t want your hashtags to clutter your caption, you can put them below 5 of the bullet point dots on separate lines (the dot can be found on the far right column, middle row, on the alternate symbols page of the keyboard on iPhone). This also works 5 separate emojis. This is too many lines for a comment so Instagram automatically collapses the comment, the hashtags won’t be seen unless people actually go to the comment page. (Credit: Reddit user /u/cyanight7)

I wrote this specifically because I’ve seen so many amazing photographers struggling to get any sort of visibility on Instagram and giving up in the process since it isn’t as intuitive as they originally thought. Shoot me a DM on my Instagram page for any questions or just to stop by and say hi! I’m pretty active in the community and I enjoy helping out others.

About the author: Allen Harper is an Orange County-based photographer who captures everything from landscapes, to urban photography, to weddings. You can find more of his work through his website and Instagram. A version of this article was published here.

Rained Out, Or: Making Lemonade and Rekindling the Fire

This Rare Nikon 1200mm Lens Setup is Over 3 Feet Long