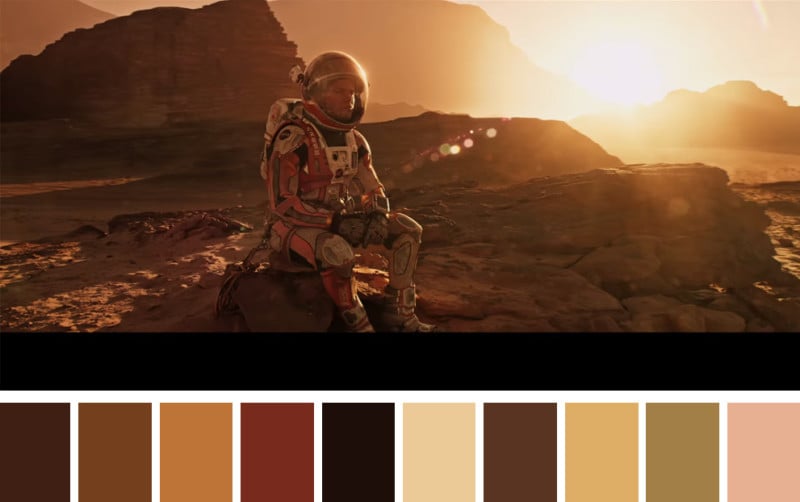 Want to recreate that “Martian” look? Or maybe it’s the “Moonrise Kingdon” look you’re going for, or your latest photo project needs the “Annie Hall” look. Whatever cinematic feel you’re trying to capture, Cinema Palettes can help you achieve it.

Cinema Palettes is a Twitter account that identifies and posts the color palettes of some of the most iconic and popular films in cinema—from Wes Anderson films like “The Royal Tenenbaums,” to Kubrick’s “The Shining,” to newer films like “Mad Max: Fury Road” and “Deadpool.”

A frame is selected from the film, and a color palette is built around it; a palette that could be applied to much of the movie, and helps to capture that film’s mood. And if you scroll long enough, you’ll find some films covered more than once using different scenes to set the palette.

Scroll down to see some of our favorites Cinema Palettes has shared so far:

If you didn’t see your favorite movie here, check out the Cinema Palettes account because chances are good it’s included somewhere in the 252 tweets posted so far. And if you find one you think is worth sharing, drop a link in the comments!