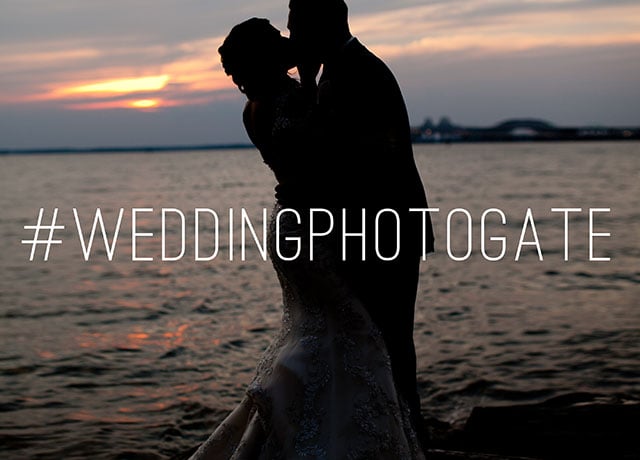 Photographers are up in arms this week over an online battle between a DJ and a wedding photographer. At the center of the controversy is the question of whether or not a DJ should be able to shoot and share wedding photos when the photographer has an exclusivity agreement with the bride and groom.

Photographer Carly Fuller and DJ Ken Rochon of Absolute Entertainment were both hired to offer their services at a wedding this past weekend. Fuller says that it was during the pre-ceremony that she noticed Rochon holding professional camera equipment.

“I love cross promotion but unfortunately no other professional company may take photographs during the event,” she tells PetaPixel. She says she offered to send her photos to Rochon after the wedding, but the DJ replied that he was taking his own photos for marketing and social media purposes.

Fuller says she was surprised at 9am the next morning to see Rochon’s photos posted in a Facebook album on the page for Rochon’s other business, The Umbrella Syndicate. The photographer then contacted the DJ to ask him to take the gallery down, since she was hired to be the sole professional photographer at the wedding. 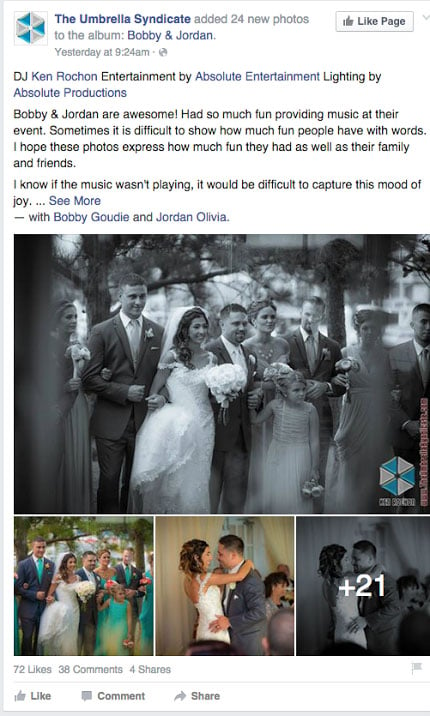 Here’s the exclusivity clause that was in the contract signed by the bride and groom.

Rochon says he was indeed photographing at the wedding, but believes that this whole thing was a “huge misunderstanding.”

“When she delivers the photos she shot, she’s still delivering what she was hired to deliver,” he adds.

Rochon says he shared 232 photos he captured from his DJ station as a gift to the bride and broom with the couple’s full knowledge.

After word of this dispute got out into photography circles, photographers began to come to Fuller’s defense, leaving angry comments on Rochon’s album and Facebook page. 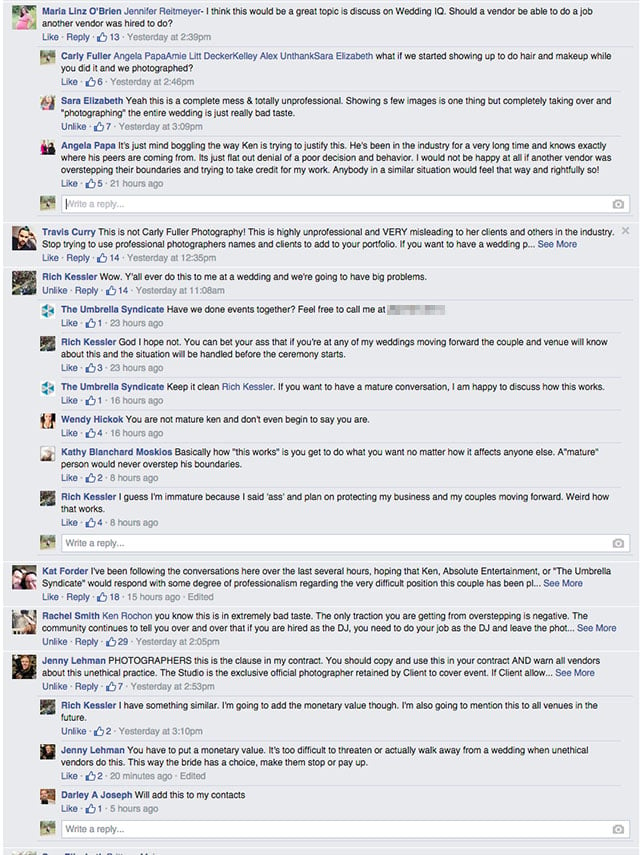 As this controversy grew over social media, Fuller named it #weddingphotogate. Rochon launched his own campaign called “Freedom to Capture Love.” Here’s an open letter he published to Facebook yesterday: 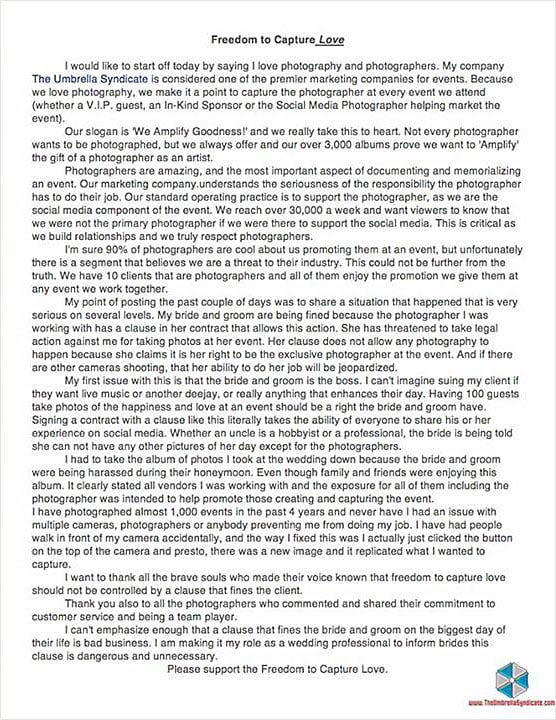 Fuller denies that she has levied fines against the bride and groom, who are currently on their honeymoon, and accuses Rochon of slandering her company and business practices.

Fuller accuses Rochon of interfering with the “organic experience” of the couple’s day and confusing guests about who the photographer was by posing people and taking detail photos during the wedding (Rochon says he was almost always shooting from his position at his DJ booth).

“I have images of them holding the camera and photobombing my ceremony photos,” Fuller says, “minutes after I had asked them to put their camera away and I would send them images.” 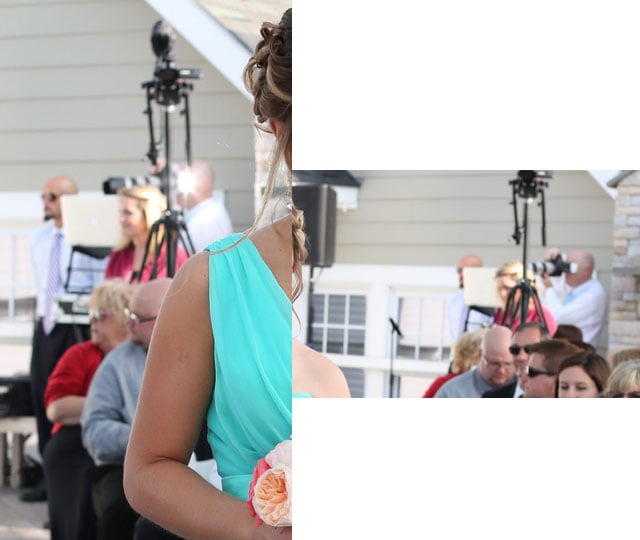 “Wedding vendors are hired because of their experience, talent, and vision,” Fuller tells PetaPixel. “Each of us has a right to do our job and deliver the quality our clients expect. We have a right to be able to perform our duties without another professional interfering with the process. Another vendor’s marketing needs do not supersede those rights.”

Rochon argues that he has the right to shoot photos during weddings as well.

“Why is it only the photographer that can market the event? Pretty much the only way you can market on social media these days is photography,” he tells PetaPixel “Everyone has cameras at events these days. I have every right to capture that love.”

Fuller’s position is that other professional wedding vendors should respect the wedding photographer’s exclusivity agreement and stay away from shooting and sharing photos themselves. Rochon, on the other hand, believes that photography is a basic right that even other vendors should be able to use to serve clients and market services.

“I wasn’t trying to give photos to discount the work of the photographer. I was simply marketing my company and giving my vantage point as a gift to the couple,” Rochon says.

Fuller responds: “Going forward, I hope all vendors can embrace the idea that we all should just do what we were hired to do, and BRING IT! But only bring what makes our own profession rock, and what makes our service and product the best they can be. Let’s agree to stay out of each other’s jobs – we each were hired for a reason. Let each other shine.”