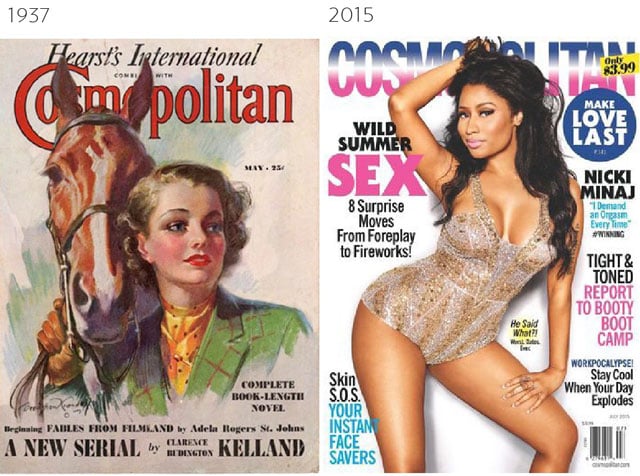 How have magazine covers and their photos changed over the past century? The answer sheds light on not just the design and image choices of major media companies, but changes in our cultures and the way we think as well.

“I compiled the past 100 years of magazine covers for a bunch of top magazines,” Cheng tells PetaPixel. “Magazine covers have to compete with each other to stand out on the news rack, and it’s really interesting what 100 years of evolution has lead to.” 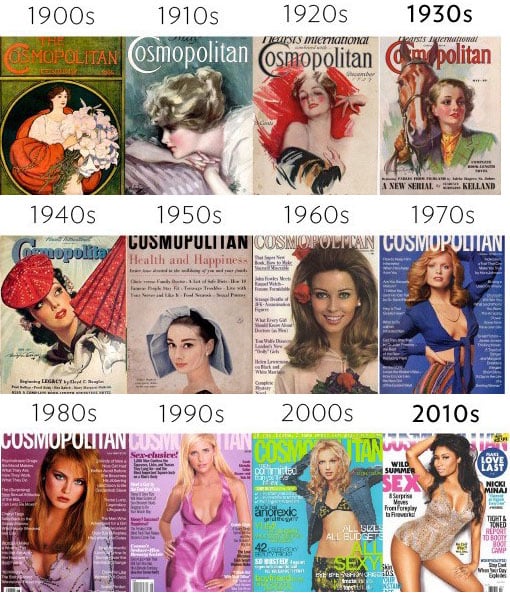 “Cosmopolitan covers started out with women dressed conservatively. Then they started showing some skin. Then more skin. Finally, they started posing in sexy positions,” Cheng writes over at Medium. “As women have earned more rights throughout the years, they’ve also earned the right to wear whatever they damn well please. Or maybe that just sells more magazines?”

Here are some side-by-side comparisons showing vintage covers next to modern ones: 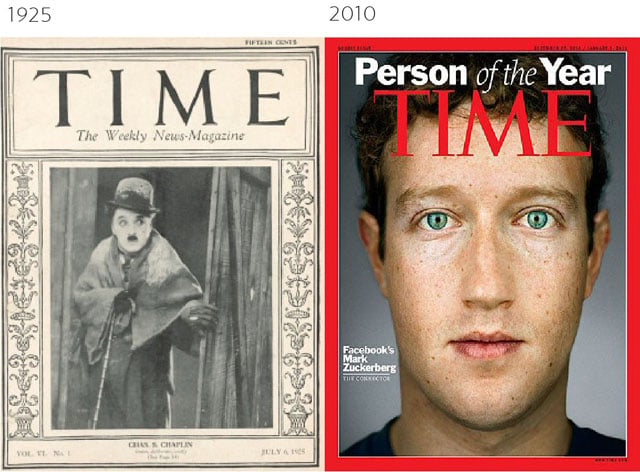 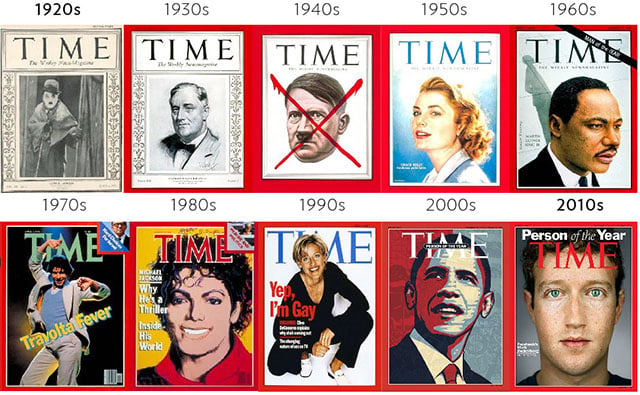 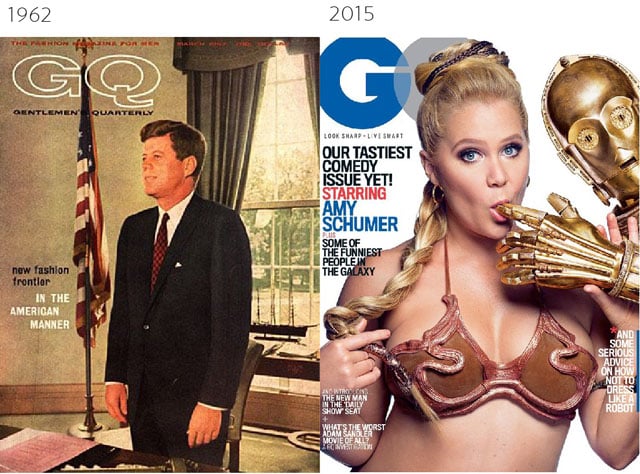 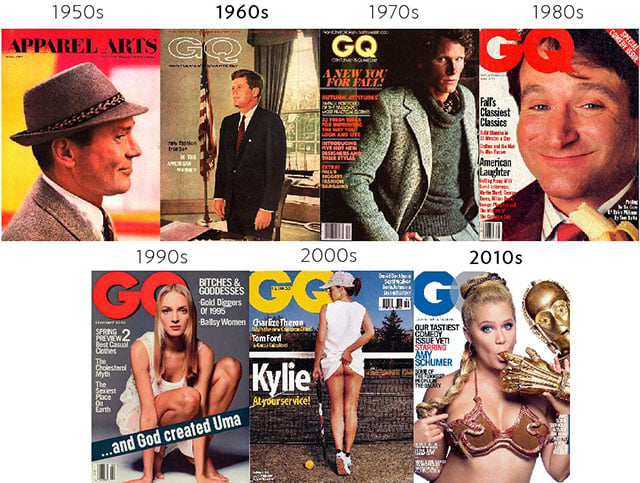 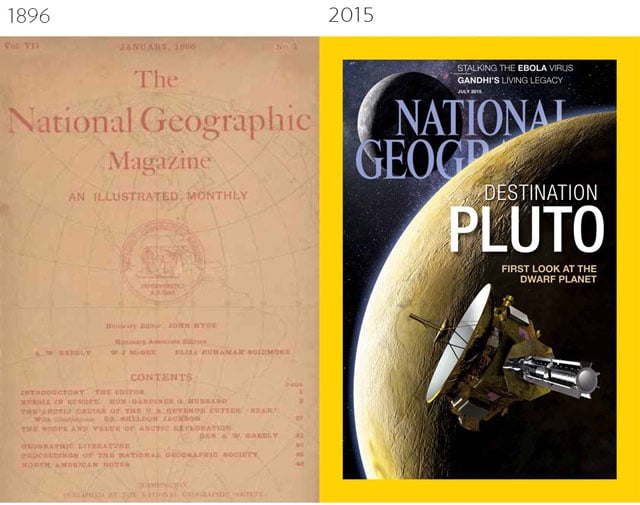 “It surprised me that National Geographic’s covers were so text-heavy for most of its existence,” Cheng says. The magazine didn’t hove into its iconic full-bleed photography until the 1960s, decades after magazines like Vogue and Cosmopolitan started publishing full-page photos. 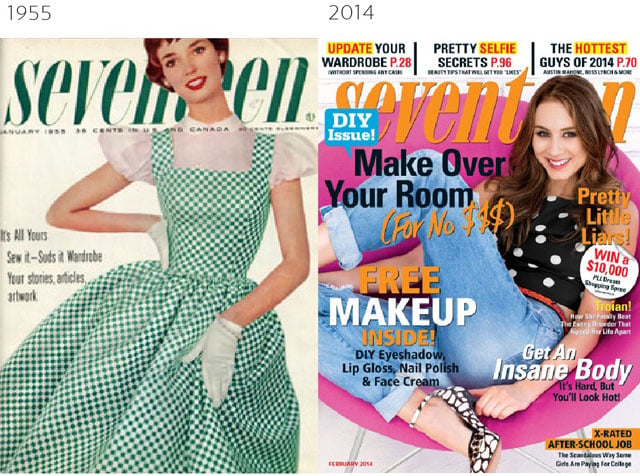 Cheng found that Seventeen’s message to teens has has shifted more and more into how to have an insane-looking body to look hot: 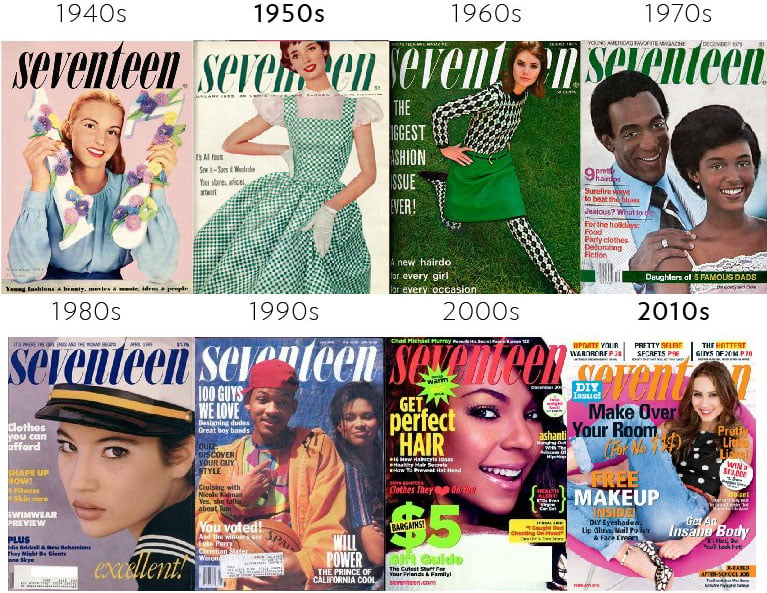 The magazine also has a specific look they go for in many of their cover photos and layouts — it’s a look that blinds you if you stare too long: 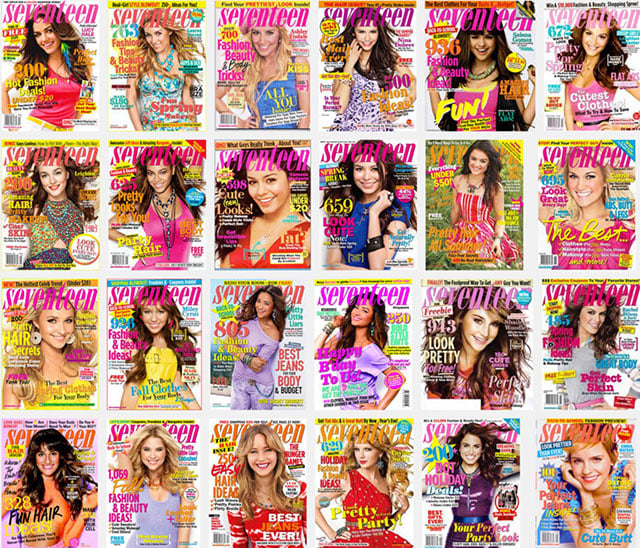 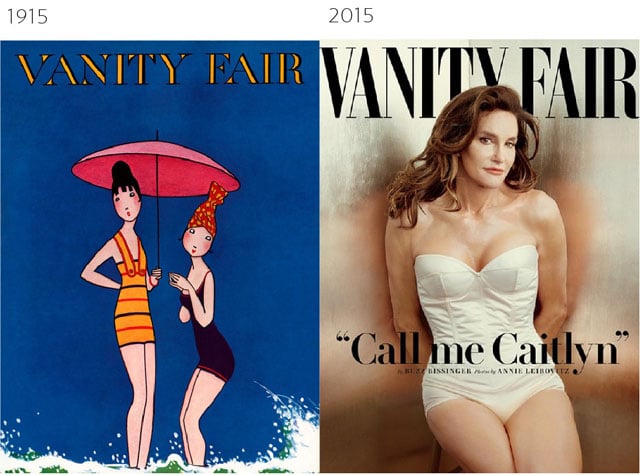 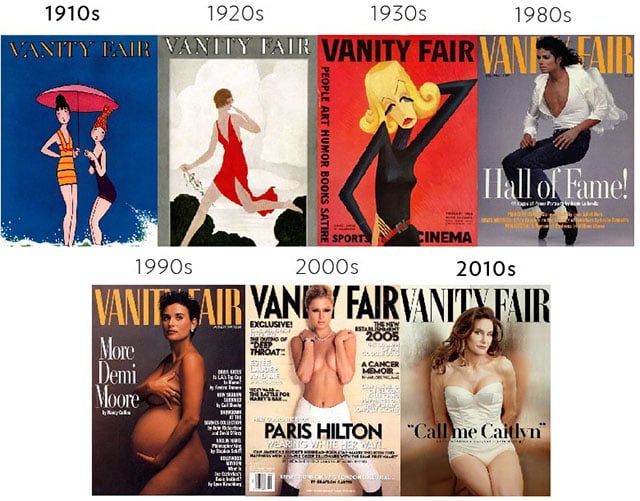 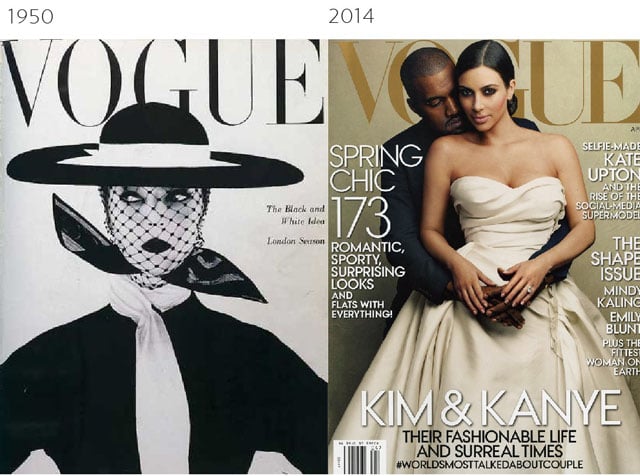 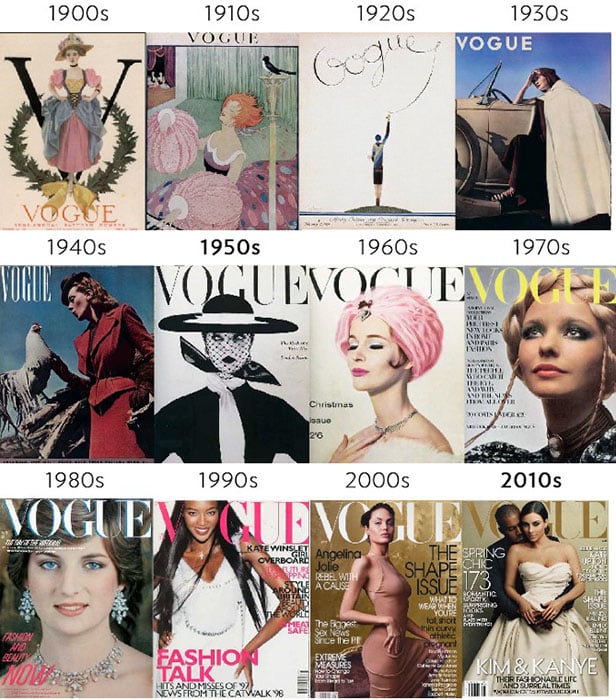 It seems that most magazines, regardless of what their covers started as, have converged upon a tried and true formula: a photographic portrait of an attractive or famous person with bold text that’s designed to grab your attention.

“This is the formula that sells their magazines,” Cheng writes in her original Medium post.

“Together, these magazine covers reveal a peek into our history. Sure, we’ve gotten more sexualized. More superficial. We read less. We have shorter attention spans,” she says. “But we’ve also gotten more open-minded. At each step along the way, society has pushed the limits of what’s considered acceptable.”