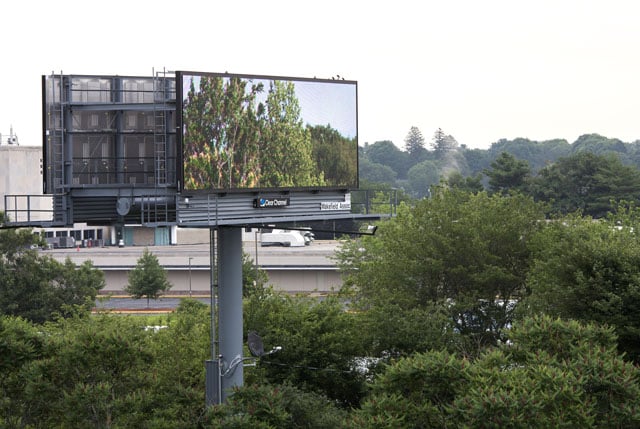 Artist Brian Kane recently purchased advertising time on digital billboards along interstate freeways in Massachusetts, but instead of putting up more ads to compete for commuter eyeballs, Kane decided to put up photographs of nature. The project is titled “Healing Tool.”

“The goal is to provide a moment of temporary relief and unexpected beauty during the daily grind of commuting,” Kane writes on his website. The artwork is “simulating the Photoshop Healing Tool to replace or patch over the landscape which is blocked by the billboard.” 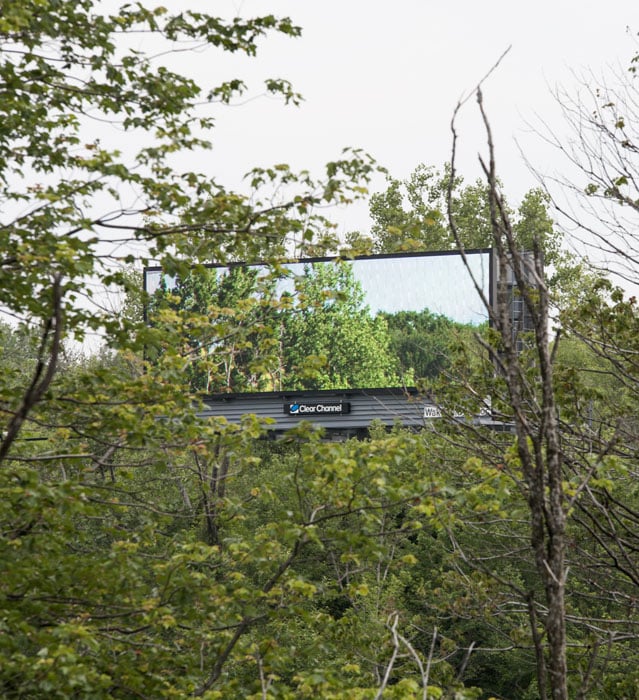 During the daytime, Kane has the billboards display a series of photos from the billboard’s location, which helps replace the missing background in the scene for passers-by. 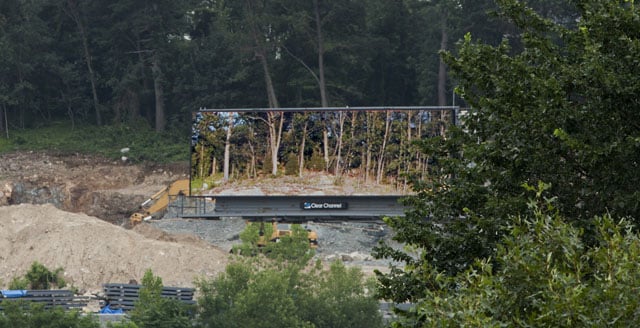 At night, the billboards show photos of the moon, substituting for the obscured moon if there are clouds or light pollution. 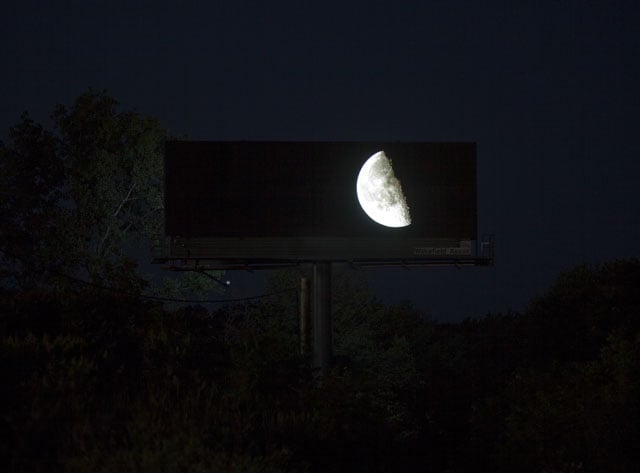 When there’s a new moon in the sky, the billboard shows the Milky Way. 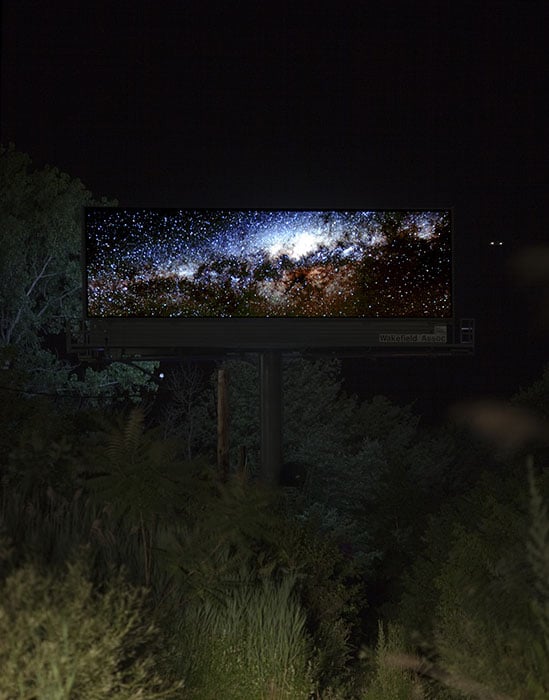 Here’s a video showing what it’s like to drive past one of these giant photo billboards:

You can find out more about the project by visiting its page on Kane’s website.

(via Brian Kane via Colossal)

Image credits: Billboard artwork by Brian Kane. Photographs above are by Nate Wieselquist and Simone Schiess

TEDx Talk: Photographer Trey Ratcliff on Finding Your Own Greatness