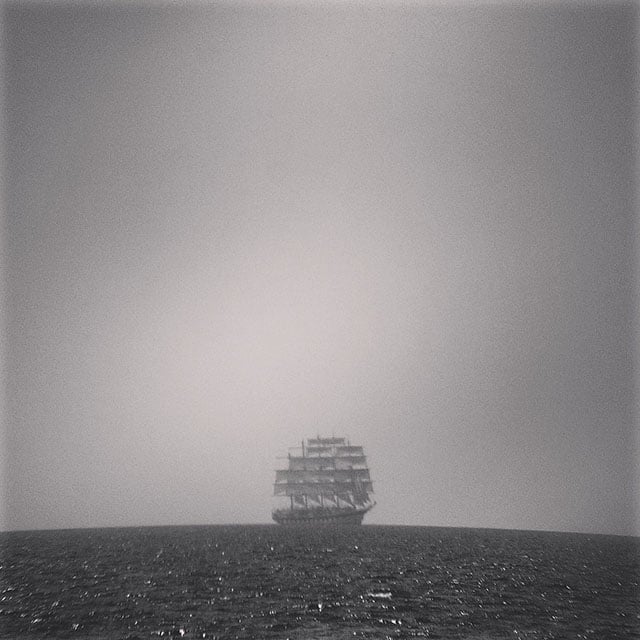 Kaleta Bartosz was on a boat with his girlfriend off the coast of Croatia last week when they spotted the Royal Clipper — a five-masted cruise ship — sailing by in the distance. Bartosz raised his binoculars, placed his smartphone camera against the eyepiece, and captured this vintage-looking photo that looks like something from the pages of an old book.

The Warsaw, Poland-based cinematographer tells PetaPixel that the ship was about 10 miles away on the Adriatic sea when he examined the “spooky boat” through his binoculars and snapped this photo. His girlfriend shot a couple of ordinary shots when the ship came closer, but her binocular-less version isn’t nearly as neat.