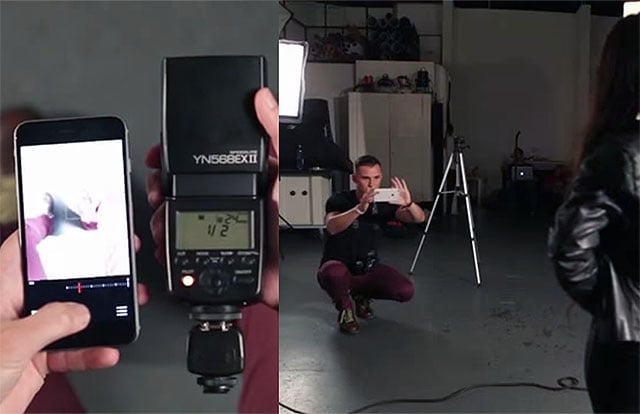 There may soon be a way to use flash units and studio strobes in iPhone photography. A new product called Tric wants to be the world’s first professional flash trigger for iPhone users, allowing them to bring serious photographic lighting to their mobile work.

The Tric system includes a physical unit that you connect a speedlight or strobe to via the hot shoe mount or PC terminal, respectively. It’s paired with a dedicated Tric camera app that tells the unit to trigger the flash every time you press the on screen shutter.

Tric says it has developed a patent-pending technology that helps to synchronize the iPhone camera and external light source perfectly for shots via Bluetooth. “It took quite some time to figure out how iPhone camera is capturing its images, and calculate the various transmission time spent in protocol layers,” the team writes.

There are some limitations, though. One is that the shutter speed is limited to 1/30s. “We knew this sucks, but it is the fastest we can achieve with current iPhones,” Tric writes. “Unless Apple decides to make changes to their image sensor sub-system, we are constrained by this.”

The system is also X-sync only, not TTL. “This means that output power needs to be controlled on the flash unit side, and we may need to try several shots to obtain the perfect exposure.” 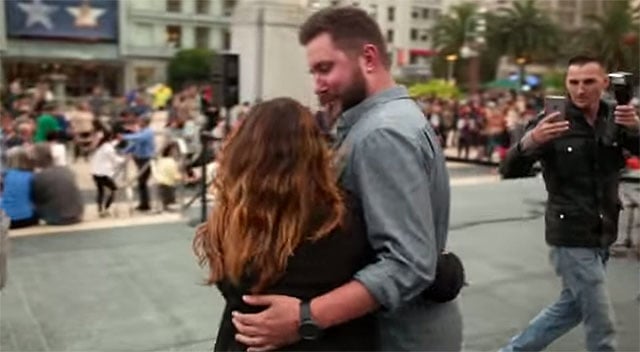 Finally, Tric is only planned for the iPhone right now with no plans to bring the concept to Android phones.

“Yes, these limitations mean that Tric is not for everyone,” Tric writes. “But we are confident that those who are serious about using iPhone for photography, and enjoy their own lighting arrangement will love Tric.”

The team has turned to Kickstarter to try and raise $28,114 to launch the product. A pledge of $75 will get you a Tric unit if/when it starts shipping out in December 2015.

Tilting the Steep Streets of San Francisco for a Gravity Illusion