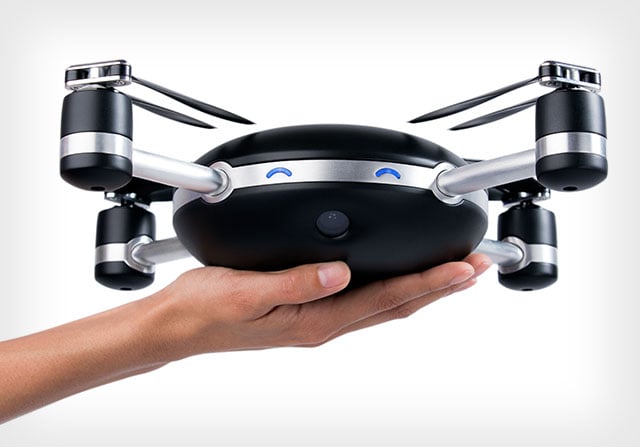 Lily is a new robotic camera drone that aims to shake up not only the drone industry, but the camera industry as a whole. It’s the world’s first “throw-and-shoot camera” that lets anyone capture cinematic aerial photos and videos without needing to do any piloting.

Using the Lily involves keeping a tracking device on the subject you’d like Lily to follow, throwing the Lily high into the air, and then going about your activity while Lily flies and shoots all by itself. Lily will use GPS and computer vision to follow you at up to 25mph and keep you in the center of the frame. 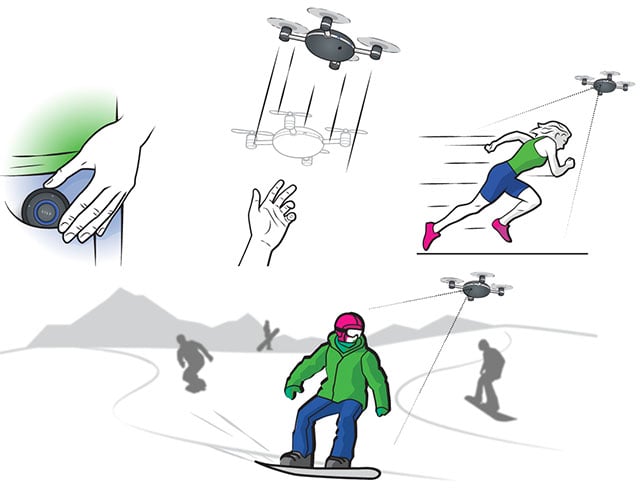 The drone itself is waterproof and floats, allowing you to safely land it in water if needed. Size-wise, it easily fits in a backpack and weighs less than an average laptop.

Onboard is a camera that can shoot 12 megapixel stills, 1080p HD video at 60fps, and 720p/120fps slow motion footage. The internal battery allows for 20 minutes of flight per charge.

Here’s a short introduction video that offers a tour of the Lily and shows how it works:

Here are a few sample photos captured by a Lily: 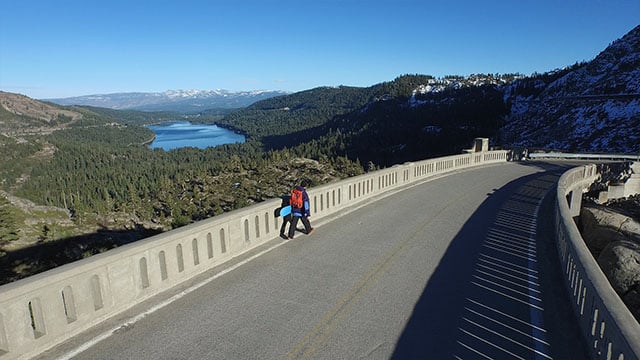 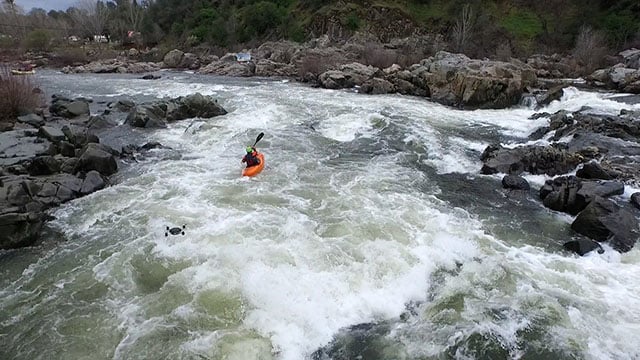 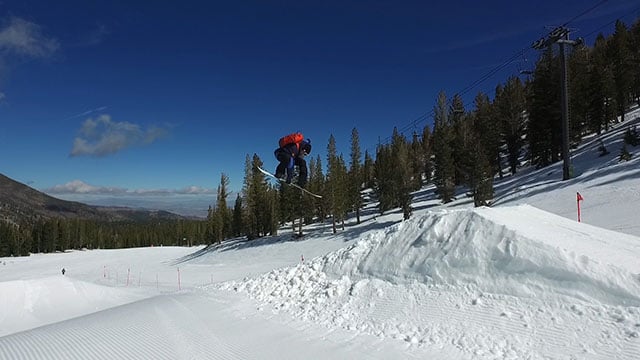 The Lily will start shipping in February 2016 for the price of $999, but the company is currently taking pre-orders through its website for $499.