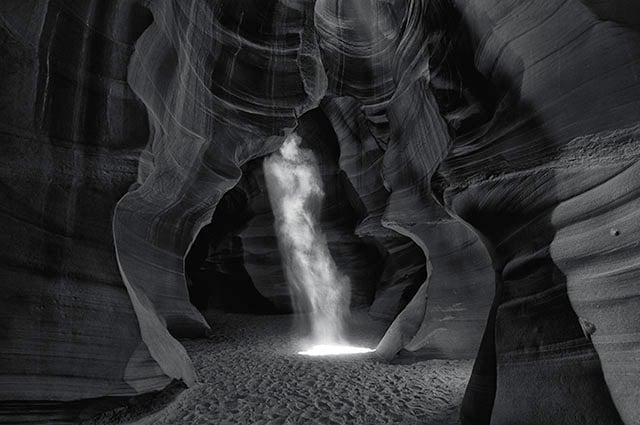 The airways and Internet tubes have been filled with news that Peter Lik has sold a black and white photo of Antelope Canyon for a record setting $6.5 million, raising eyebrows amongst many photographers. This tops the previous record holder, Andreas Gursky, by nearly $2.2m.


As with his 2010 piece, One, the purported sale was to a private collector, and therefore there was no way to verify the claim. Rumors have swirled for years that Lik’s investors “buy” his works at absurd prices as a marketing stunt to generate interest in his work. Lik has multiple galleries in the US and in his home country of Australia, and aggressive sales tactics are a hallmark of the galleries’ style.

Price, of course, is arbitrary, and one could make the argument that the eye-rolling is rooted in jealousy. But I think that this is naive and dismisses the collective taste, experience and knowledge of most photographers. Let’s be honest, this is not a remarkable image in any sense of the word. Nor is it a remarkable unremarkable image like Gursky’s Rhein II.

Sara Friedlander, Vice President, Head of Evening Sales at Christie’s explained that the price of a photo in the art world is based on an amalgamation of uniqueness, provenance and scale. You can dispute the validity of the art world’s own self-righteousness and tendency to boost the price of its favorites, but you can’t dispute Friedlander’s criteria.

He sells his images by the hundreds in his limited editions (the image in question is a black and white conversion of a color image that he has in his portfolio). Although the size of the piece wasn’t disclosed, there’s no indication that it deviates from any pieces that you might in his gallery. And he didn’t come from a lineage of photographers or mentors.

But all that aside, the lack of transparency in the sale raises nothing but questions about the validity of the claim. It feels like a marketing stunt to get Lik’s name in the news, and a few more feet into the galleries. On that account, the sale is a success. But you’d be hard pressed to find support for his artistry.

If you want to be inspired by a master marketer, look no further than Lik. If you want to see great photography, head over to the ICP and see the Salgado exhibit.