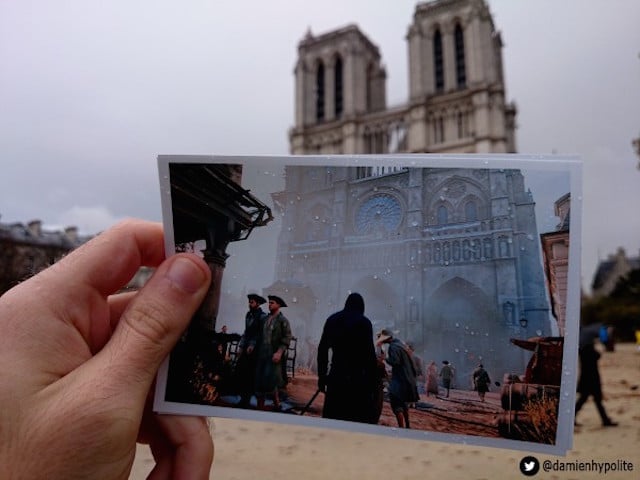 Then & Now style photo series are anything but uncommon, but what if the “then” you want to compare to “now” happened before the invention of photography? You would think that would be a deal-breaker, but one computer graphics manager and gaming enthusiast found a way around this issue.

For his ‘Then & Now’ series, Damien Hypolite printed out screenshots from the game Assassin’s Creed Unity — which is based during the French Revolution — and then went around holding them up against modern-day Paris.

“The idea came to me because I’m used to doing before and after comparison between shots in my work,” Hypolite tells us. “Usually the comparison is interactive and between pictures of the same place before and after a disaster for example. The realism of the game and the quality of the reproduction of Paris’ architecture convinced me to do it!” 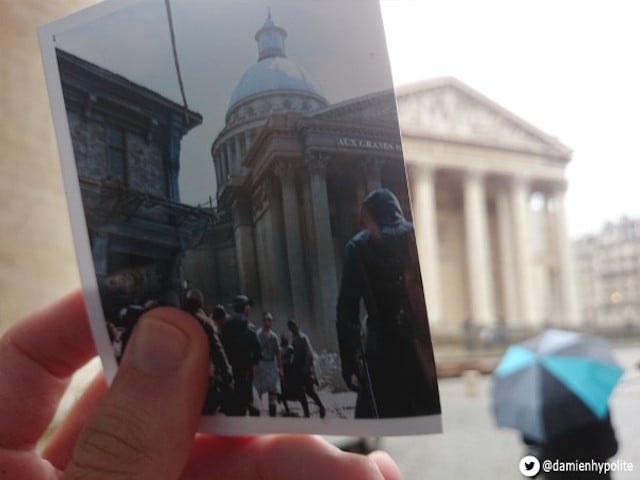 As to how the shots were captured, Hypolite walked us through his process:

I spent an afternoon playing the game, in HD, hiding the HUD of the game. I had a map of Paris near me and virtually went to famous spots in the city and took screenshots.

Then I printed them on photo paper from a photo terminal, took my bike, and went to the right spots. The final shots were taken with my smartphone, a Sony Xperia Z1.

Back home, I corrected a little bit the levels in Photoshop and that was it, the World Wide Web did the rest!

The resulting series is chronicled on a Tumblog, and is something of a testament to the attention to detail of the game developers at Ubisoft.

The architecture of ‘past’ and present blends together seamlessly as it does in many Then & Now series, only this ‘then’ is a computer generated version of the 1790s — 30+ years before photography was invented. 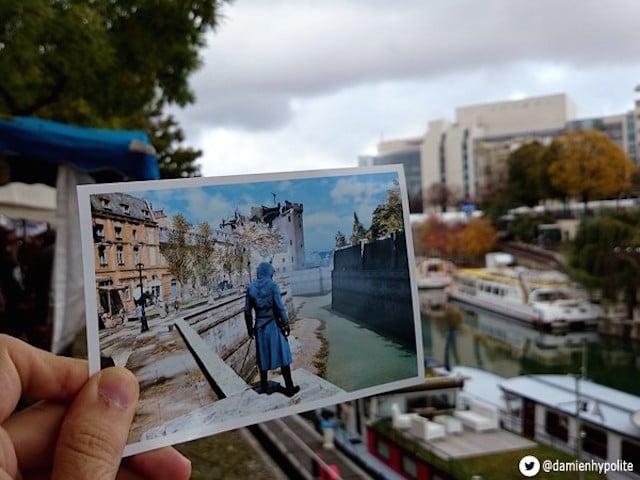 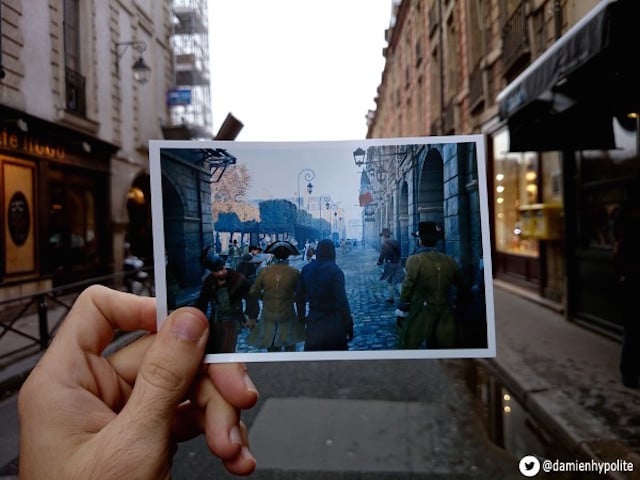 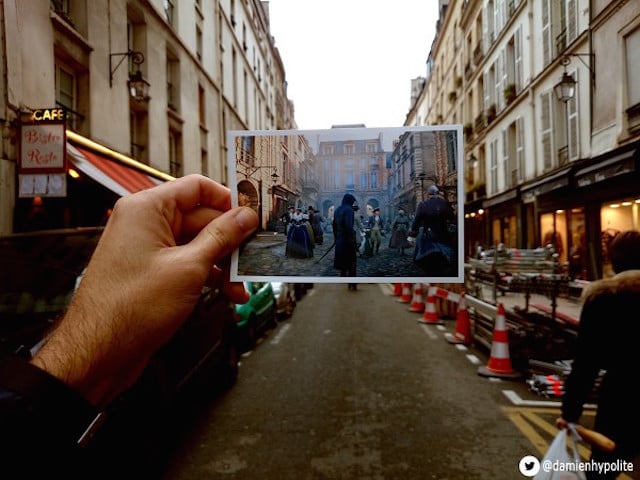 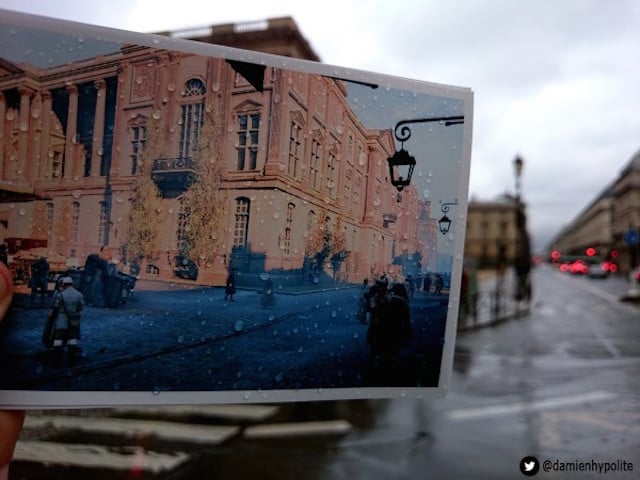 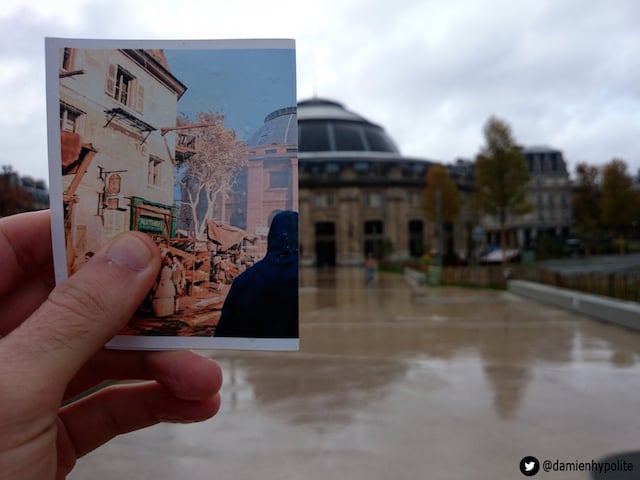 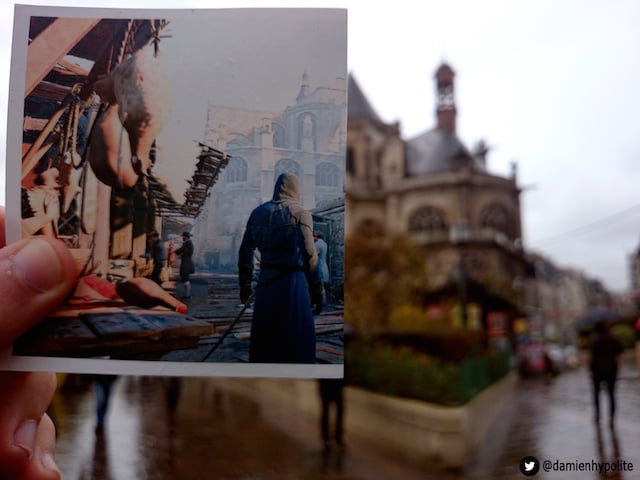 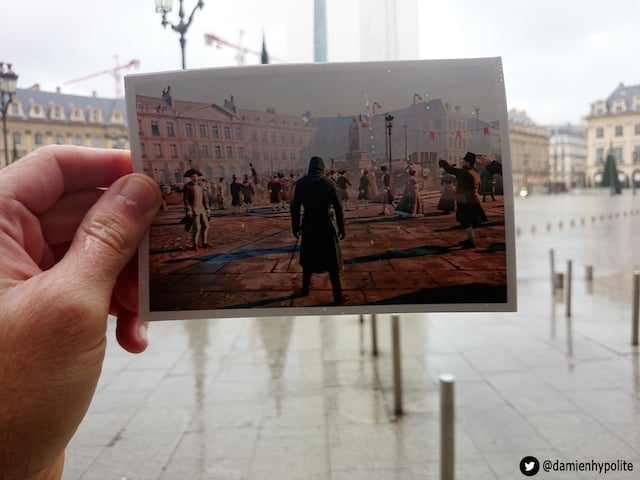 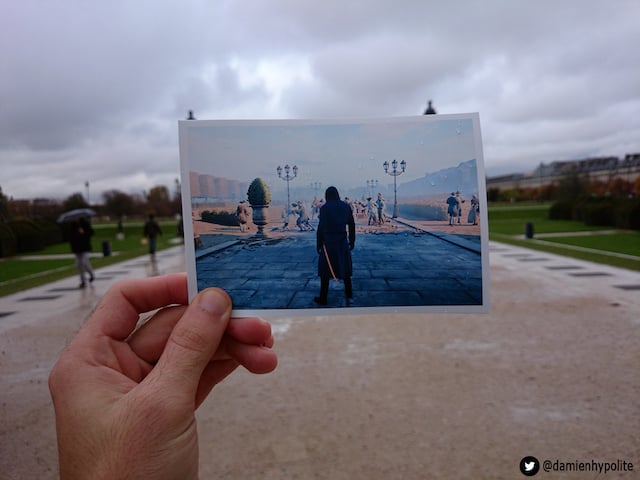 To see more of these photos, or if you’d like to find out more about Hypolite, head over to his Tumblog or give him a follow on Twitter.

Image credits: Photographs by Damien Hypolite and used with permission

Hasselblad Unveils the Stellar II: A Luxury Item ‘Not Intended to Be Judged Against Other Cameras’