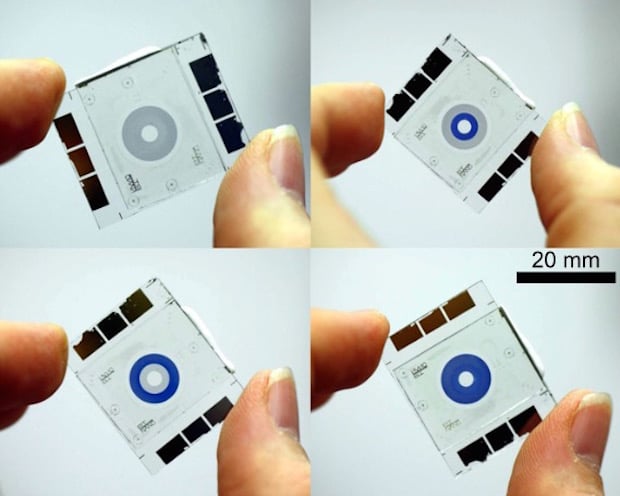 As smartphones have gotten smaller and smaller, the need for the cameras inside of them to shrink has become more pressing. One area where there’s a lot of room for improvement is in the traditional mechanical aperture.

As we begin to hit the physical limit of the overlapping blades, researchers at the University of Kaiserslautern have designed an exciting new ‘micro iris’ that uses small chemical rings rather than a physical blades, dramatically shrinking the size of the aperture components in the camera.

The rings are made of an electrochromic polymer called PEDOT, which turns opaque as soon as electrical voltage is applied, theoretically blocking out any incoming light just as well as physical blades would, and becoming transparent once more when the voltage is removed. 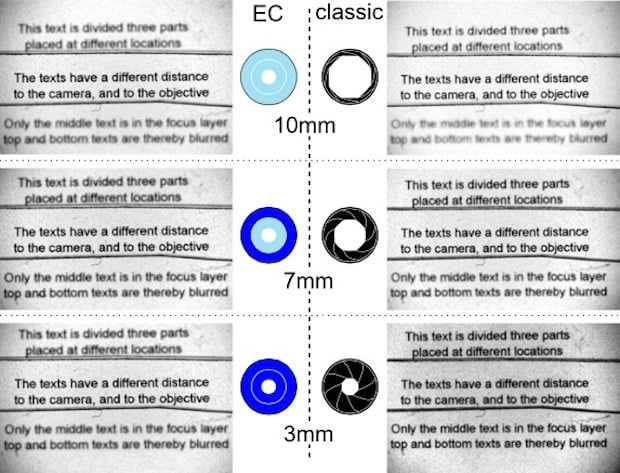 The research on this new component has only just begun, but the potential is very exciting (if you’ll forgive the electrical pun).

At only 55 micrometers thick, the tech is dramatically smaller than any other aperture setup currently on the market, and it uses far less battery to boot. Another added benefit is the better aesthetic given off by a perfectly circular aperture, rather than the more traditional blade setup that can create hexagonal bokeh.

Right now, the largest limitation is the lack of proper opaqueness of the PEDOT material, but lead author of the research paper on the subject, Tobias Deutschmann, say he’s confident as “the synthesis of optimized EC materials is under rapid development.”