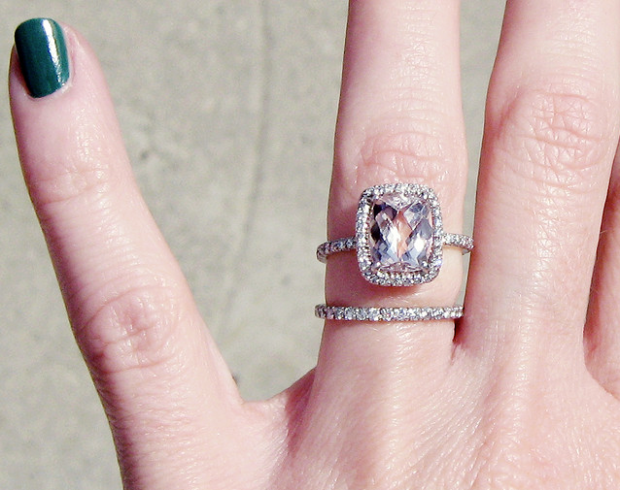 Boy, do we have some “no freaking way” news for you today. According to Elle Magazine and Hartford, CO news station WFSB, plastic surgeons are seeing an increase in requests for “hand lifts.” A trend that many reports claim is directly related to the desire for better looking hands in engagement ring photos. Cue face palm.

It’s no surprise everyone wants to look their best leading up to and during their matrimonial ceremonies, but this might be taking it a bit too far. Speaking with WFSB, Plastic Surgeon Dr. John Borkowski said one of the biggest giveaways to aging can be the wrinkling and shrinking of the fingers and hands.

And so, to help combat the aesthetics of aging and make sure that those engagement ring photos look their best, many women have gone to him and surgeons across the country to have something called Juvederm injected into their skin.

In an article and video by Pix 11, Alexandra Berry, a woman who recently had the procedure done, shared her reasoning:

I always thought my hands were a little boyish growing up, so I thought why not. Engagement photos are coming up in about a month.

According to Berry, her fiancé thinks it’s “hilarious.”

It’s worth noting that not everyone is receiving this procedure for the sake of photos, but what is now being dubbed the ‘engagement ring selfie’ is no doubt playing a role in many requests. And yes, we do wish we were kidding about this.

Fingers Crossed: Sony Rumored to Have a $1,000 Full-Frame Camera in the Works