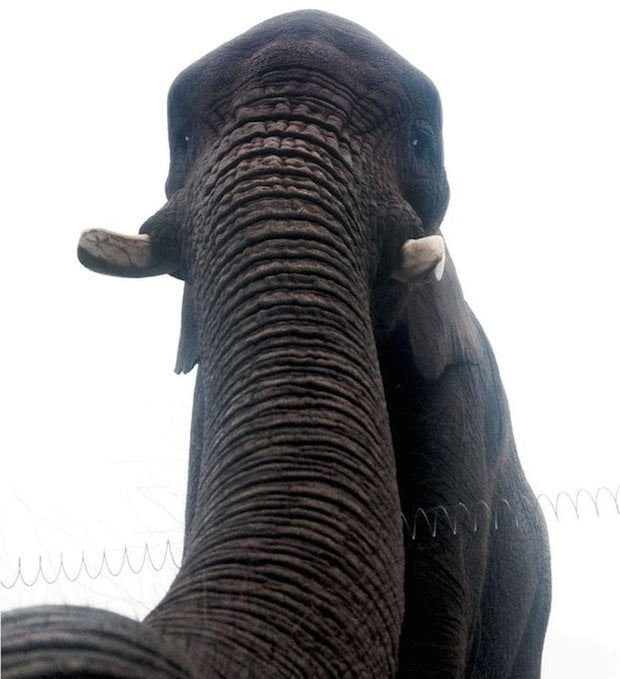 While he may never forget the moment captured in the photo above, Latabe the elephant apparently wanted to make sure no one else did, either.

While Scott Brierley was on a tour at West Midlands Safari Park, located in Worcestershire, England, he managed to drop his phone next to the African elephant enclosure. After Brierley was told to not exit his car, Latabe grabbed his phone, presumably thinking it was food, and in doing so managed to capture quite a selfie.

After his phone was returned to him by keepers at the park, Brierley shared that he might be in possession of the world’s first “elfie” — an elephant selfie. However, according to copyright laws, it might not actually be his.

Usually, whoever snapped the photo is the owner of the resulting image. Thus, technically speaking, Latabe is the rightful owner. The good news for Brierley is that chances are good Latabe would gladly exchange rights for a few hundred pounds… of grass and fruit.