The new “Google Camera” app has gotten a lot of attention for its fancy fake-bokeh Lens Blur feature and its 50MP high-res Photo Spheres, but there’s one feature that stands head and shoulders above the rest (okay, maybe we’re exaggerating) and has gotten somewhat overlooked.

You see, Google Camera is also doing its best to help us win the war against that most unforgivable of smartphone video sins: Vertical Video. 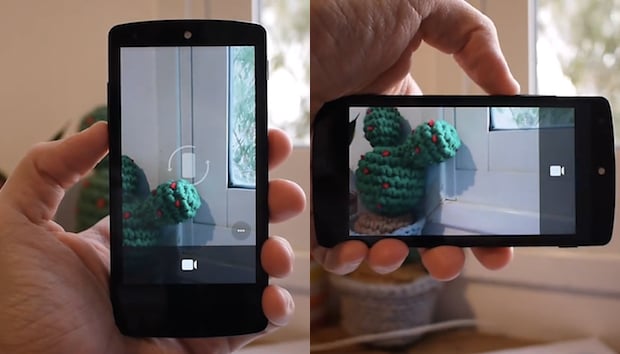 As the video above by YouTube user ET Galim demonstrates, if you try to shoot vertical video with the new app, a very obvious icon pops up to let you know that, in the words of Glove and Boots, “you’re not shooting that right dummy!” Cue standing ovation from the photography crowd.