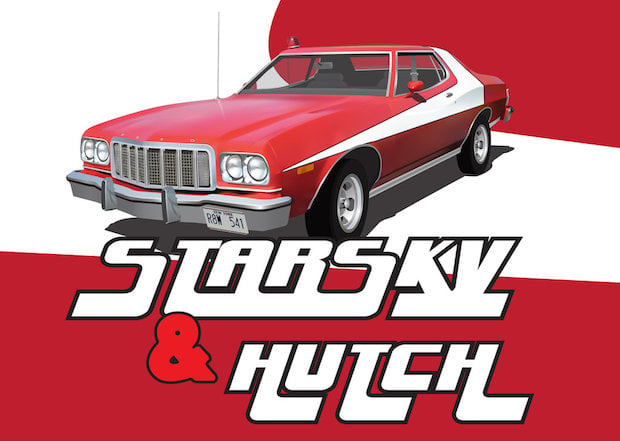 When I was in middle school, I had a crush on a celebrity.

It was a time when young girls daydreamed with stars in their eyes, imagining every love song was written about them, doodling hearts on their Lisa Frank notebooks and knowing with full certainty that one day their prince charming would whisk them away, like on the cover of a Harlequin Romance novel, or like Fabio in an “I Can’t Believe It’s Not Butter” commercial.

Or in my case, I’d be driven away in the front seat of a bright red Ford Gran Torino, the kind only TV undercover cops would drive.

Yes, while my friends were fawning over the likes of feather haired Leif Garret and Sean Cassidy, I was madly in love with a blonde TV show detective old enough to be my dad. It was none other than David Soul, the actor who played Hutch in the TV show “Starsky & Hutch.”

It was a time way before the Internet, so the only glimpses I had of my golden-haired Hutch was via celebrity magazines. I took them with me to school, tucked between my math and science books, just so I could look down and see his face whenever I wanted. He was wonderful and I knew for certain he would love my braces and Dorothy Hamill haircut if ever we met. I bought his album, “Playing to an Audience of One” and played it over and over until every member of my family knew the words to every song. My best friend even named her rabbit Starsky, so when he was in his cage, we called it “Starsky and Hutch.” It made perfect sense in our sixth grade minds.

I have no explanation for this. None. Even as a I write this, I have no answers to this strange childhood celebrity crush. It was just plain weird.

But you know what’s even weirder than my 6th grade obsession with David Soul… a whole lot of photographers’ obsessions with other photographers. 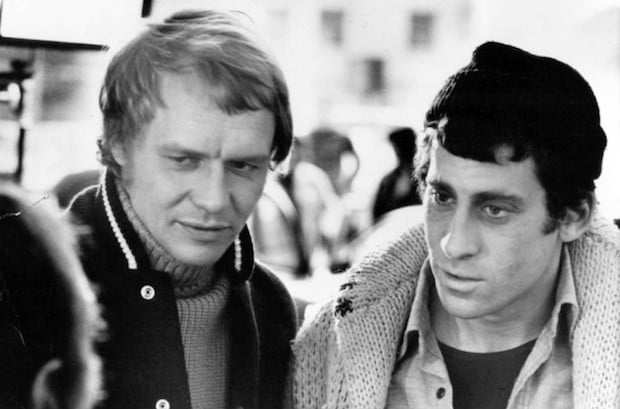 Now, I’m not talking about the true admiration we feel for an artist. We all have individuals whose work or business we admire. We respect their accomplishments, or what we perceive as accomplishments. We even begrudgingly respect our adversaries, like:

Rocky Balboa and every opponent he ever fought. (Well, except for that street fighter guy in Rocky V — that was kind of a train wreck. It’s best to pretend that movie never happened.)

There’s nothing wrong with admiring a fellow photographer. If someone inspires you to be better at whatever it is you do, then that can hardly be a bad thing, right? Well, actually, it can be a bad thing, if it makes us turn a blind eye to common sense. It can be harmful to ourselves and to the industry when we buy into the notion that in order to achieve greatness, we must mimic those whose sole ambition is to be followed. You know what I’m talking about. We’ve seen the effects of these celebrity photographer crushes a lot lately. And just as David Soul was perfect in all that he did, the object of these crushes can do no wrong. None. I mean, these folks could drown kittens as part of their workshops and people would excuse the behavior with things like:

“The kitten drowning was taken out of context.”

“The intern drowned the kitten.”

“They got bad advice from their web guy who got together with the intern and drowned the kitten.”

“Well, yeah, sure, she might have drowned kittens, but she’s sooooo sweet and pretty!”

“He’s given SO much to the industry… what’s a few kittens?”

(Disclaimer: I in no way condone drowning any animal. Except grasshoppers.) We don’t always want to see the distractions, the foibles, the repeated mistakes, the kitten drownings… so we refuse to look at them. We refuse to acknowledge them. We are happy crushing on those photographer rockstars even when deep down we know better. We want to believe the image, the hype, just as we want to believe that Detective Kenneth “Hutch” Hutchinson can drive undercover through the streets of a fictional Southern California town completely undetected in a tomato red sports car.

We want to follow our “celebrity crushes” blindly, until an event forces us to turn our head and look … really look … and that’s when we get disappointed. Bad disappointed. Disappointed like when Luke Skywalker removed Darth Vader’s helmet in “Return of the Jedi” kind of disappointed.

And we wonder what it was we marveled at to begin with?

Don’t get me wrong — it’s easy to get caught up in the whole celebrity of it all, even in the photography industry. We want to believe our photography heroes are larger than life; that they really do make money with their photography and not with their workshops, and that they really do care about us.  And while a small percentage of those who have maneuvered themselves into the spotlight are worthy of our admiration, the remainder are just guys and gals trying to make money off convincing you otherwise. The trick is knowing the difference.

So be careful whom you admire. Follow the photography parade if you will, but do it cautiously. Keep a good car’s length between them and you, for you never know when they will spin out of control, leaving you disappointed and hurt.

Unless, of course, you find yourself following a photographer in a red Gran Torino driven by a middle-aged blonde man in a brown leather jacket who answers to the name,“Hutch.” Should this happen, you’re probably in a time warp, and odds are good there’s a 6th grader with braces and a Dorothy Hamill haircut right next to you.