Here’s a video from back in 2012 that shows a basic GoPro video stabilization tip you might not have heard of yet. Put together by Mitch Bergsma of MicBergsma Productions, it shows you how holding your GoPro against your face will lead to more stable footage.

This idea shouldn’t be entirely new to most of you, and even if it is, it should make sense. Although our noggins aren’t the most stable in the animal kingdom, they are way more stable than our hands… It’s why shooting photos through an LCD screen with your arms fully extended is a sure way to draw a bit of ridicule from the photographers in the area. 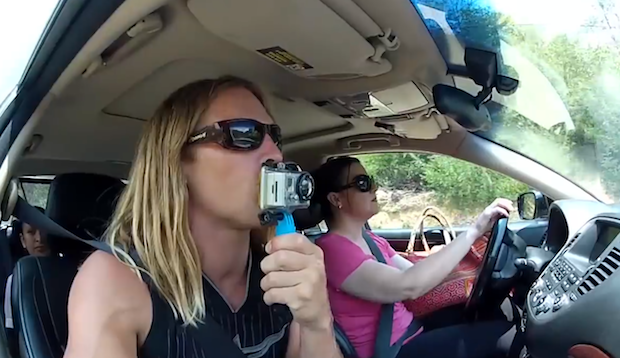 GoPros don’t have LCD screens, and yet it’s rare you see someone holding one against their face when shooting handheld. If you don’t have something to attach the GoPro to for really stable footage, this is probably the next best thing for your everyday, “look at this crazy stuff my friends did” videos.

To see more from MicBergsma Productions — all of it related in one way or another to action sports videography — head over to his YouTube channel or check out his Facebook and Instagram accounts.