Simeon Quarrie of Vivida is back at it again, giving us a behind the scenes look at yet another of his equal parts intricate and subtle pre-wedding (read: engagement) shoots, Released by Love.

From his conceptualization of the shoot in the form of sketches eight months in advance to the scouting of locations and outfits, Quarrie and his team really out-did themselves this time around. His laid-back demeanor in combination with his eye for the detail shines through in this behind the scenes video, showing that being in control doesn’t have to be synonymous with being demanding. 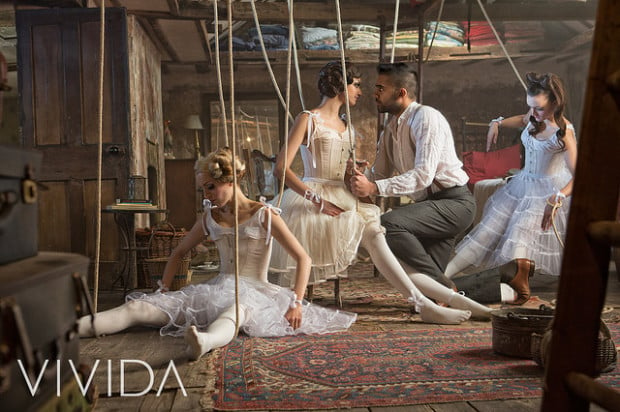 The concept behind this shoot is a rather curious narrative about setting oneself free by cutting the ties that are holding you down in life holding, the focal point being Nikesh and Lalita, a fairytale-esque couple trying to escape those ties together.

Sometimes you have to just seize the opportunity. Take who or what you want, despite the seeming restrictions from friends, family or a past that can act as an obstacle. Tied. Unavailable. Restricted. However, wanting to be released. Hence the title, “Released by Love.”

This would also have an unintentional nod toward the Coppelia story. It was in my subconscious from a performance I saw at a wedding I shot in Venice. 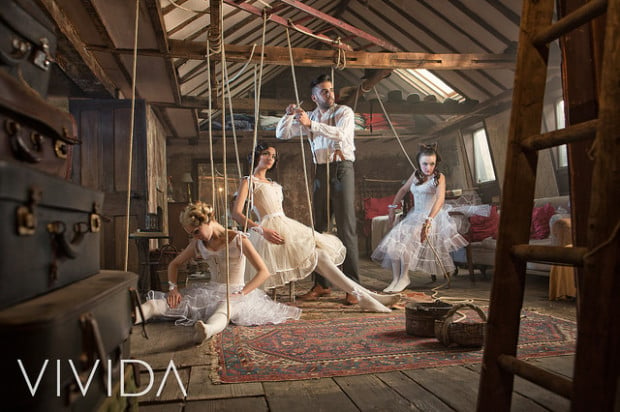 Quarrie continues to break the mould of standard commercial wedding photography by combining more editorial and conceptual approaches to his work, really setting himself apart. The above video is a rather lengthy watch, but it goes to show just how much work was put into this single shoot.

Below is the last of the photographs in the series, as well as a lighting setup from Quarrie, for the strobists out there who would like to try and recreate it themselves. 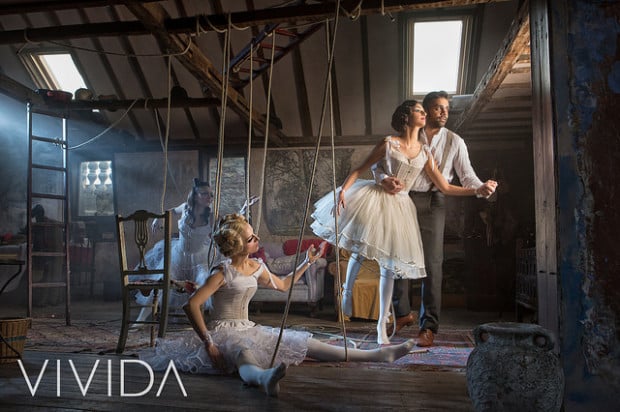 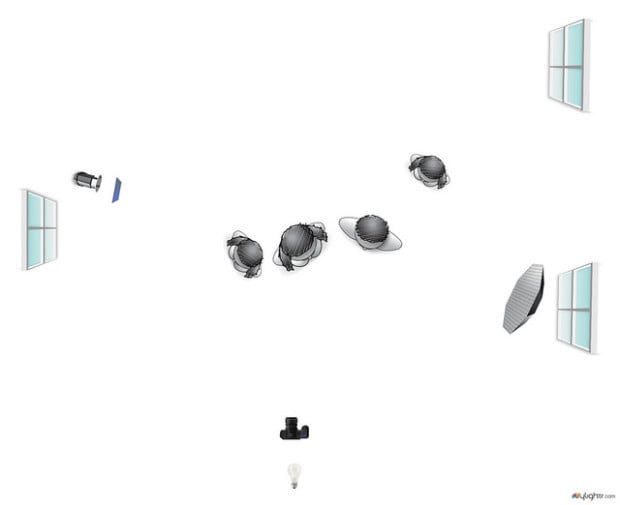 Image credits: Photographs by Simeon Quarrie and used with permission