Bear Kirkpatrick lives and works in Portsmouth, NH. You can visit his website here 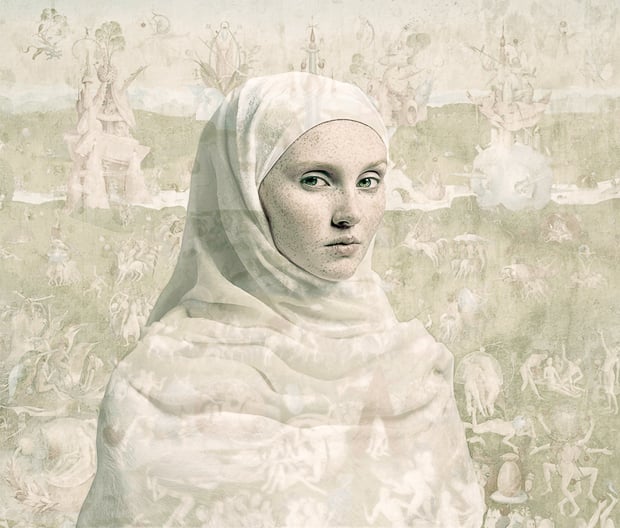 PetaPixel: First Bear, tell us about what spurred your initial interest in photography?

Bear Kirkpatrick: Two things happened, and they never fully blended. My father had a 35mm film camera when I was a boy. One day he, my younger brother, our two black dogs and I went into the woods beside our house — it was winter, we had coats on — and my father took pictures.

When he developed the film and showed us the beautiful black and white prints, it was like the top of my head came off — I didn’t understand right away, but certainly felt right away the elevating nature that photographs had over life. Or had to life. Everything was better.

At the same time I was looking at the US Camera books in my parents’ library. Thank God my parents didn’t worry about us kids looking at Capa’s war photographs or Weston’s nudes. These images were also elevated, but none had for me the backstory of knowing what it had been like at the time the image was taken. As an artist, that was an important discovery. Art spoke about an elevated world, a far greater one than the dull, repetitive one we plod around in. PP: Who were the early influences who helped to shape your career?

BK: They weren’t photographers. They weren’t even artists. They were natural history explorers like Burton and Speke and Wallace. Guys who could translate Greek and tie knots and field dress birds. Guys who used all of themselves and could not stop learning and exploring. Add to them a slightly different kind of explorer such as Montaigne and Darwin and Thoreau.

You know photography is so young, so juvenile. It’s metaphors can be so close to the surface that they disappear. Its languages are growing so fast, and its channels of input/output are developing so quickly. Our visual channels have been with us for millions of years — they predate anything literary or even lingual — but we are coming into a new age where the visual is creating precedence. Our literary days are done for while I think. And it stuns me to hear the angry voices who feel violated because so-and-so started using film over plates, or color over black-and-white, or digital over analog; only a young discipline could contain such short-sightedness.

So I daydream that we are in a period of exploration of this new visual world in a way similar to, say, Darwin going ashore in Patagonia and stepping into a village and saying what the fu** is this place? Did you just see that bird? Is that a snake or a tree? PP: Your project “Wallportraits” is a series of portraits that you use to play visual games. Talk about what led you to this work?

BK: That was just a mistake, really. I was looking for something and by accident found something else. This is a very common occurrence in my life that has led to my greatest joys. And the more I have let myself play instead of work, the more it happens. This is why I detest Artist Statements. They violate the creative contract by reversing order and creating a narrative that is brain-heavy and heart-weak. Feelings always precede thoughts.

The first Wallportrait came about because I had my friend Ashley in my studio and I was playing dress up with her. I had borrowed clothes from a vintage store and from a costume maker and was just dressing her this way and that and taking photos, just seeing what happens. Playing. Most photographers hire Ashley because of her incredible hair, but in my mindless playing I wondered what she might look like without that hair. You know, take away the obvious, the given. I didn’t “think” this. I just wrapped her head with apiece of white fabric and took some pictures.

And her eyes! Man, they were out of this world! I mean, something really shifted visually — my own visual response system seemed to completely change its footing and include information that was newly revealed. Not by addition but by subtraction. And so there’s a clear antecedent there to my own experience of having been deaf when I was a child. Something taken away that can lead to discovery. PP: Walk us through the process of creating these images? Where do your ideas for the models, backgrounds, and costumes come from?

BK: Creating the images is an exercise in trying not to think very much. Shooting portraits of people in the studio is very easy, but one good trick I have learned to is to shoot a lot of pictures. After a couple hundred images they get tired and stop trying to model, and then you get a flat and steady stare, and that’s what I want. No expression, just a flat look that is revealing. Again, revealing by concealing.

I like to find an in-between space without clear meaning. Vacuums that gets filled easily kill the illusion before it really had a chance to go anywhere. But if you can find a space that gets filled with something you are not sure about, something a little out of your control, something that perhaps is contrary to your own want — that’s a good sign and you as an artist will need to find a way to live with that — it’s what the medicine man knows.

Later at the computer screen begins the process of trying to accept that vacuum space you select and work to see what gets filled in, where’s the memory, the history? What’s the ghost within that face? PP: According to your statement, your work is “an investigation of human visual response.” Tell us a little more about what you mean by this?

BK: What I mean by this is that I don’t think photography or any other exploration ought to be able to determine its course solely by human will. Like the cave painters in Lascaux it ought to be also about how we see the world, the wonder, the horror when human feeling becomes involved.

The human visual response system is important because photography is about looking, seeing the unseeable, but also because my own early experience with human senses was perhaps more acute than most due my early deafness.

Neurologists tell us that all of our sensory input rushes in from all sensory ports and then in the brain gets synthesized into one seamless experience. Because senses overlap in their gathering and there is repeated data, a certain amount of information gets tossed out, either because it is considered faulty, already better said, or does not fit the formats of what the brain needs to glean at that moment.

This got me wondering about what gets tossed out. Could you bring it back? Could you bring it out in the open by a process of elimination if you set out to take away what the eye usually sees? It would go to the second string, the third string — I mean, it cannot show nothing — and so what might they look like? What about our world is right in front of us that we cannot see? PP: On your website you talk about how you went deaf as a child. Talk about this experience, and share with us how it affected your use of photographic language.

BK: My parents tell me that they knew nothing of my deafness because I showed no signs of it. I took directions, I participated in play with my sister, nothing odd going on. My aunt noticed something was wrong with me before they did. She proved it by sneaking up behind me while I was sitting on the floor, playing with some blocks, and she clapped her hands very loudly behind my head. I didn’t even flinch.

Doctor visits and hearing tests proved her right, and this is when the doctors told my parents that I had compensated for the loss of hearing by learning how to read lips. I am not sure if this experience effected my use of photographic language — I mean, how would you test that? — but the story has always fascinated me and made me pay more attention to other forms and evidences of compensation.

It’s not hard for us to imagine that a deaf person experiences the world differently than the hearing do, or the blind experience it differently that the seeing do — I tend to focus on what gets thrown out for all of us, blind or not, deaf or not. What do we not see at all about the world right in front of us? Are there horrors? Are there beauties? Anyway, surgeries repaired my hearing and I don’t think I’ve been the same since. PP: Who are some artists who you think have helped to inform your own photographic style? 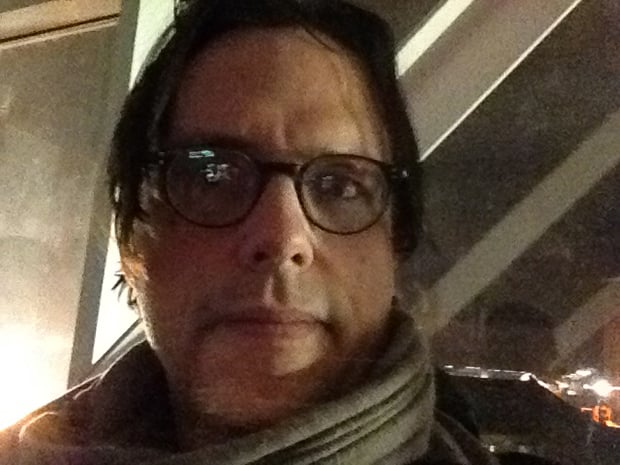 PP: What, to you, are the keys to making a great portrait?

BK: The key to making a great portraits is to find the in-between spaces that create tension by their absence of immediate meaning. This is easier to describe it as negative space than positive space — see what to avoid rather than what to put in.

Eliminate everything obvious, for example. Eliminate anything that reminds you of somebody else, if possible, and if not possible then bury it. Avoid the primary emotions. Avoid anything easy. 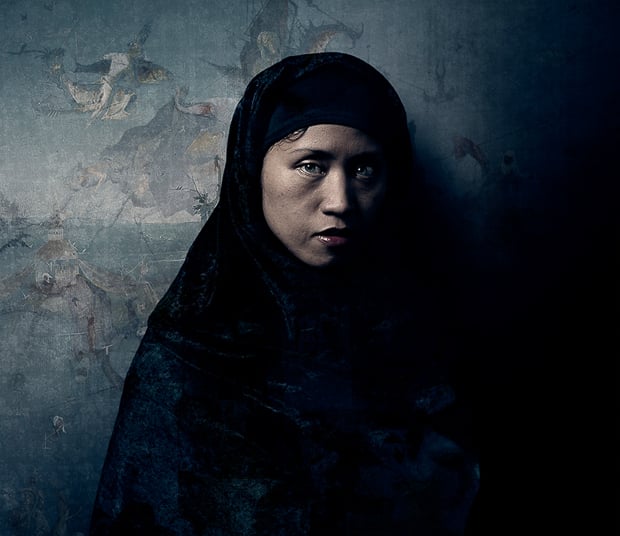 PP: What advice do you have for the next generation of photographers?

PP: Finally, what are you looking forward to over the next year, photographically or otherwise?

BK: I’m thinking about Alfred Russel Wallace in the jungles of Malaysia, laying on a cot, so feverish with malaria that he cannot write or draw, listening to an old Victrola just outside his mosquito tent playing a scratchy wobbly opera record, and all around are the background sounds of jungle — birds, frogs, bugs, a sway in the canopy.

That and how delighted I am that come summer I will marry the beautiful Zoe! PP: Thank you for sharing your work and thoughts, Bear.