And the award for most repugnant and moronic selfie of the year (or maybe decade?) goes to… an Alabama High School senior who, earlier this week, decided it would be okay to completely ignore rules she was explicitly informed about (not to mention any shred of common decency) in order to take a selfie with a cadaver in a University of Alabama at Birmingham anatomy lab.

You’ll have to excuse the smoke coming out of my ears, but as a former medical student at UAB who was privileged to learn anatomy by working with one of these cadavers — each of which selflessly DONATED their bodies to science — this high school senior’s actions disgust me to the Nth degree.

According to a report by WHNT News 19, the details are as follows. While on a field trip to visit the UAB Biology department on Monday of this week, a Clements High School senior removed the sheet off of one of the cadavers in the anatomy lab and snapped a selfie with the donor’s body.

The selfie was later removed from Instagram, but not before a classmate took a screenshot and showed it to her older sibling, who notified their parents and, through them, UAB administration. 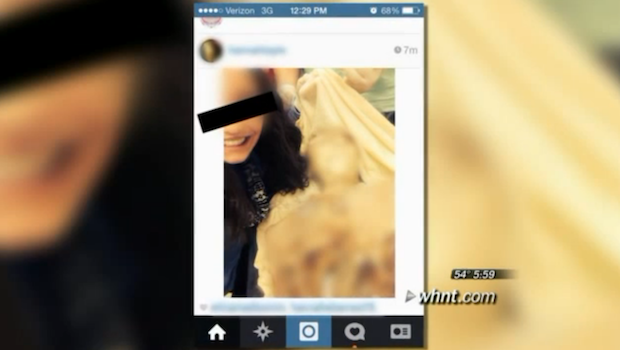 “We are speaking to the University of Alabama Birmingham, they are understandably upset with this incident and we want to preserve our relationship with the university,” Limestone County School Board Director of Public Relations and Technology Karen Tucker told WHNT. “Therefore we are speaking to them and wanting to know how we can mend this process and keep our relationship with them, and we are in the process of deciding on the discipline that will occur.”

That first sentence, dear readers, is the understatement of the century. When we were first shown the anatomy lab as medical students, it was made clear that we would be immediately kicked out of medical school if we ever took any pictures (much less a smiling selfie) in the lab.

UAB takes its donor program extremely seriously, treating each donor and their families with the utmost respect. The students even host a memorial service at the end of the year to honor the donors; a service to which the families are invited so that they might understand the positive impact their loved one’s decision has made.

So, you see, when WHNT says that they couldn’t confirm whether or not this unidentified student had been suspended, I scoff, because suspension in this case is akin to a slap on the wrist for being pulled over driving drunk.

This is one selfie that, in this editor’s opinion, should get the young lady expelled… and only after she delivers a face-to-face apology to the donor’s family.