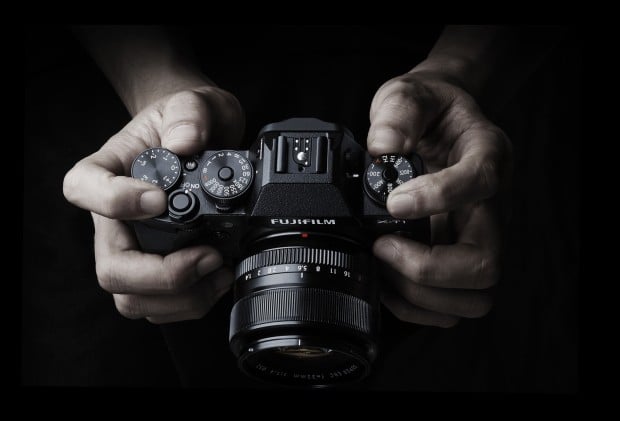 Well, well. Fuji’s done it again. They’ve simultaneously wowed fans and foes with the newly announced X-T1. There’s a lot to learn here and a lot to discuss. Let’s take a look at some of the details and perhaps more subtle or overlooked points.

Firstly, Fujifilm maintains the roll out of the X Trans II, packing 16mp into the APS-C-sized CMOS sensor. The new X Trans II doesn’t receive enough attention and it’s not going to here either, but we have good reason: The X-T1 is much more than a new sensor. 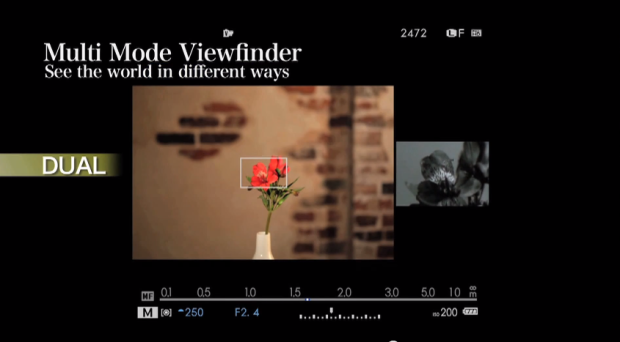 The EVF on paper is amazing. The ability to do picture-in-picture real time in an EVF that Fujifilm claims has a 54fps refresh rate is frigging amazing. You can maintain a perfect view of your composition while viewing a smaller 100% crop to confirm focus. This may come to represent a shift in how we as users can expect to use our viewfinders in the future. What else can they cram into the viewfinder?

Couple that impressively clear 2.36 million dot OLED viewfinder (likely made by Sony) with the dual view mode and I suspect there’s many a manual focus lens shooter drooling just a little at the sight of this new X-T1.

The EVF will rotate right along with your camera orientation. The days of reading your meter, settings and info sideways are gone!

The EVF and the tech inside of it are downright impressive from Fuji and they’re continuing to push the expectations of what photographers can do and see through their viewfinder. On to the weather resistance.

The fact that this thing is dust and water repellant with 75 points of weather sealing and a freezing resistance of up to -14°F makes the X-T1 perfect for getting down and dirty. I live in a windy, cold and rainy part of the world. It’s a paramount concern of mine when purchasing a camera of whether or not it’s going to be ruined a week into shooting.

Fuji even went so far as to remove the button function of the rear wheel to improve weather sealing (Not that this makes a great deal of difference. as I found that wheel-button almost impossible to press without also jogging the wheel to the left).

Users should also know that the threaded shutter release is now gone. Your grandfather’s plunger release once again rendered obsolete. 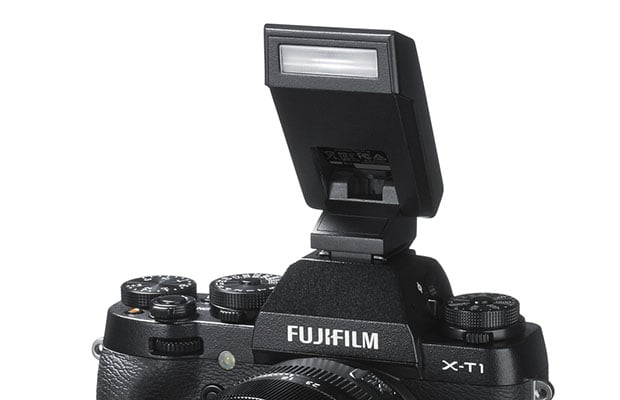 Another under-the-radar feature the X-T1 boasts is a small, folding hot shoe flash, and this is actually a pretty cool and thoughtful inclusion. It’s an indication of Fujifilm’s realization that less and less users are making use of the built-in flash with any great regularity, but it doesn’t force the users that might want some occasional pop to do without.

As someone who will make use of his camera to make family memories in horribly lit restaurants, a flash is key. Of note: It draws its power from the camera’s battery, meaning that when I slip the lightweight flash into my coat pocket and forget about it, I will never be concerned about batteries.

The tripod socket looks awfully close to the battery port. Given that they’re specifying 350 shots per battery cycle, there’s going to be many out there who will have several batteries and will swap them frequently. If you’re someone who perma-mounts their tripod plate to the camera on day one, the odds of what you have now overlapping with the battery door are pretty good.

Unless, of course, you buy the available MHG-XT Hand Grip with battery door access and built-in Arca Swiss compatible plate. In my opinion you’re likely going to want the MHG-XT grip. No price has been announced  yet.

They have also moved the memory card from inside the battery bay to the hand grip. Great news. 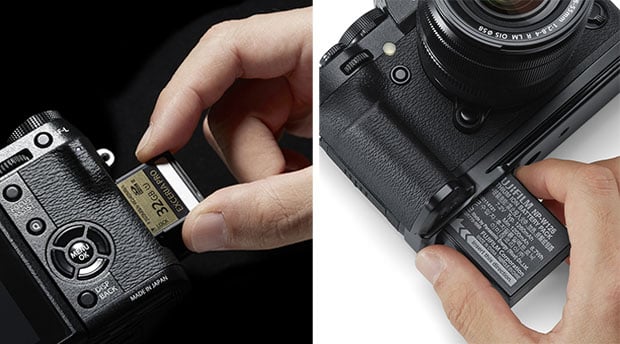 All of this might come in handy when you’re using the X-T1’s built-in intervalometer, becoming the first Fuji X mount camera to allow time lapse photography without an attachment.

The ISO dial will bother some. It’s auto-locked. Personally I’m not sold on the left of viewfinder ISO dial. I’ve a feeling most will be leaving the ISO dial on the big red “A” for automatic. Nice that it locks but that lock might have been better served on the exposure compensation dial. Which they say has greater resistance to accidental adjustments that previous X series cameras were prone to. Further addressing this issue, new firmware will alert when it isn’t on zero.

On top of all of that, Fuji is patting themselves on the back with a much-lauded “worlds fastest” 0.08 second auto focus time. Now I’ve no doubts the auto focus on the X-T1 will be mighty snappy still I feel the need to point out they performed this test on the XF 14mm f/2.8 R lens set to “High Performance” mode.

A wide angle like the 14mm has a very deep depth of field at f/2.8 AND has much less internal distance to move the glass to achieve an in-focus picture. Therefore a wide angle like the 14mm (effective 21mm) is always going to be quick to focus. They didn’t perform these tests on any other lens in their lineup. Heads up: your mileage my vary on this claim. 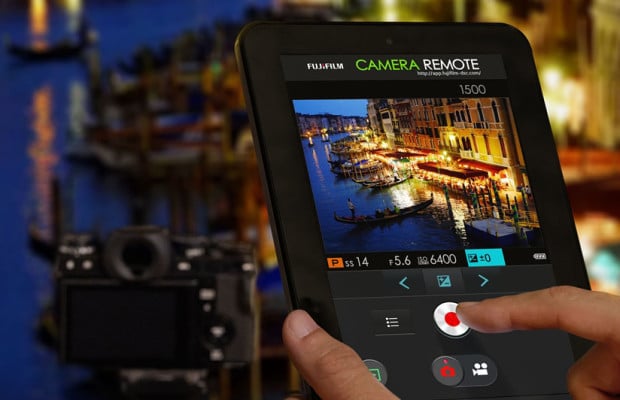 Keeping in step with the rest of the mirrorless industry, Fujifilm X-T1 now has an app that allows for wireless communication to shoot images remotely via your smartphone or tablet. You can do AF, shutter release, exposure adjustments and timer. Oh, yay.

The viewfinder’s rubber eye cup is removable and The Fuji Guys state that there are plans for an alternate, more comfortable, eye cup. Fist bump to that!

The elephant in the room is that it’s not full-frame. At this point, one has to wonder if Fujifilm ever intends on making a full-frame sensor. Personally, I’d speculate that given the X-T1 obvious advantages and similarities to the X-Pro1 (OVF aside), that the only way they make an X-Pro2 — that would be expected to sell, that is — is if it’s full-frame… which is impossible to do with the current X mount.

Am I excited for the X-T1? Yes. Very. The advancements in the viewfinder’s user interface alone have me more than excited. Besides, this camera just looks good — and I know that’s a hipster point of view, but find me someone who uses a camera they don’t on some level enjoy the aesthetics of? You can’t. Do you think Leicas would be anywhere near as popular if they were shaped like an old shoe and painted neon green?

Part of photography, for better or worse, is how it feels as a user to take a picture. The shutter sound, the viewfinder, the touch and the look of the camera all factor into this. Fujifilm’s been doing this successfully since we first saw the X100 back in 2010, and the X-T1 doesn’t appear to miss a beat.