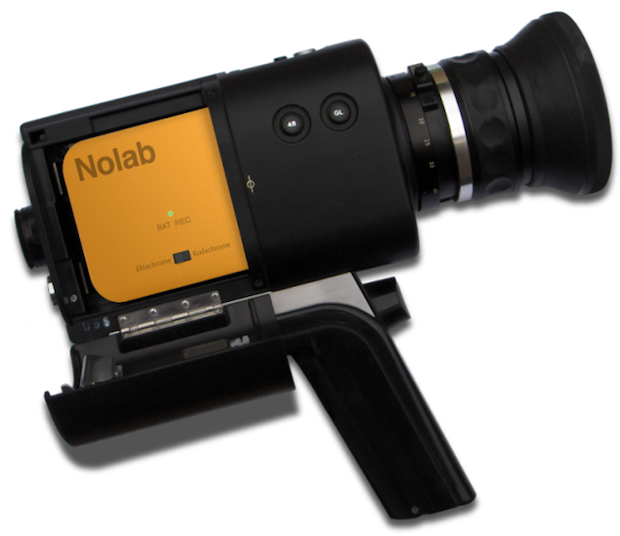 To the rescue comes Nolab, a project to build a digital adapter that will allow any Super 8 camera to shoot 720p HD video. 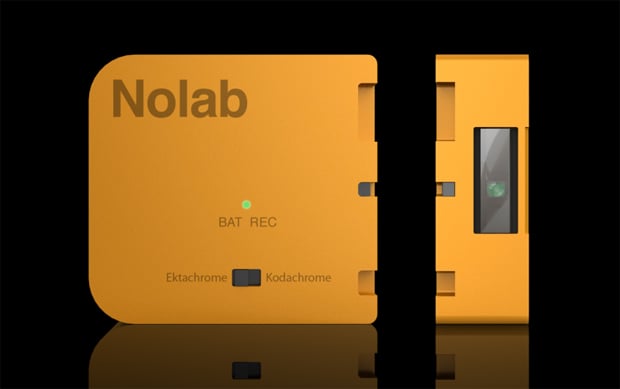 The Nolab cartridge uses a 5-megapixel sensor similar to an average smartphone chip but adapted to sync with a Super 8 camera’s shutter and 4×3 aspect ratio. Accompanying circuitry automatically adjusts frame rate to match camera settings, applies one of two film look options and saves video to an integrated SD card reader. Power comes from a LiPo battery recharged via miniUSB port and good for three hours of continuous recording.

Nolab, launched by designer/cinematographer/serial entrepreneur Hayes Urban, has a working prototype and is now working on mechanical and electrical design. No word yet on expected delivery date or pricing.

Kodak gradually winnowed its range of Super 8 film stocks over the past few years, forcing fans of the format to work out tricks such as slicing and perforating Fuji Velvia 50 still film to fit — so this advance really is exciting for those users.

But more than that this is exciting because it is already past the prototype and into the development phase (actually has been for over a year and a half now). Given enough positive response, this project coming to fruition might reinvigorate long-standing efforts for creating 35mm digital film cartridges.

Obviously this is just speculation, but the idea of breathing new life into mechanically pristine SLRs from the past gets our adrenaline pumping. For now, we’ll have to settle with Super 8, but a photo nerd can dream can’t he?