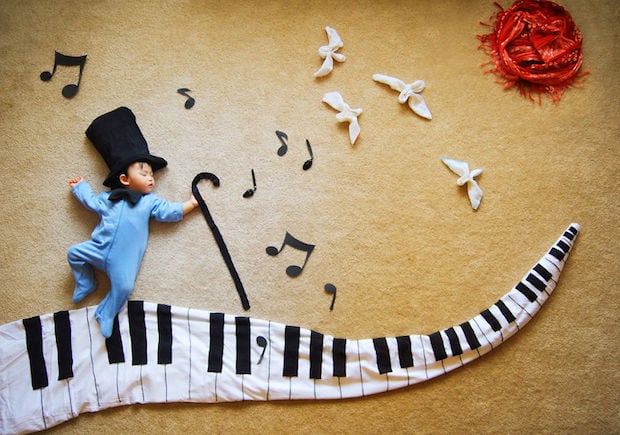 Wherever you stand on the idea of having children, one of the advantages seems to be the infinite photographic possibilities opened up by having a cute child at your disposal. Whether you’re talking Photoshop trickery or just watching them grow up, we’ve seen plenty of creative and adorable photos and videos come out of the photographic parent/photogenic child relationship.

One incredibly creative example that is currently making the rounds on the Internet is mother and photographer Queenie Liao’s series Wengenn in Wonderland.

The series is based around Liao’s adorable baby boy Wengenn and his daily naptime. While others might take their child’s naptime as an opportunity to take a small break of their own, Liao instead creates beautiful dreamland scenes around her sleeping boy using household items.

Where did I get the ideas about decorating the backgrounds? Well, I grew up indulging myself in fairy tales. In particular, as I read the beloved stories over and over again, my eyes would often be fixated at the beautiful illustrations, immersing myself completely with the stories. Those fairy tales from my childhood gave me a multitude of ideas to try out.

Everyday just before Wengenn’s nap, I would imagine him being the main character in one of my favorite episodes, and “paint” a background setting with plain clothes, stuffed animals, and other common household materials… After Wengenn fell asleep, I would place him at the center of the theme I’d created and start taking pictures. My vision was to create a series of photos portraying him exploring his imaginary, enchanting fairytale-like world.

By all accounts, it seems she has succeeded quite remarkably in realizing that vision. Here’s a selection of photos from Wengenn in Wonderland: 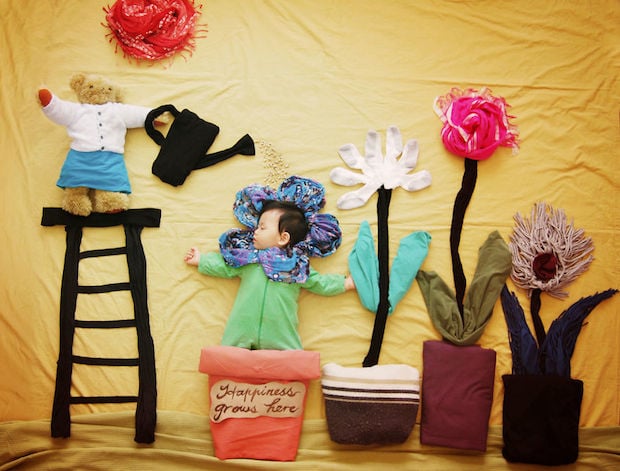 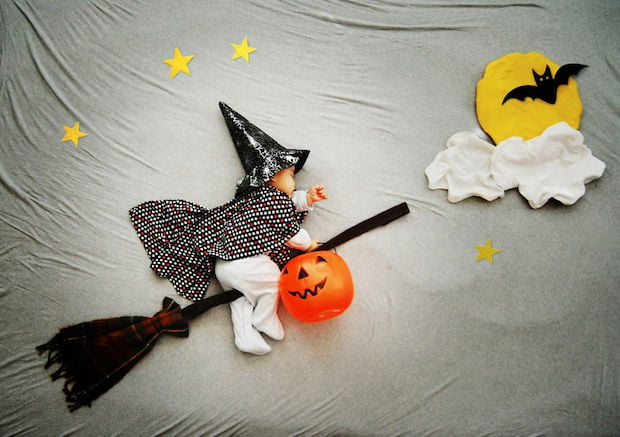 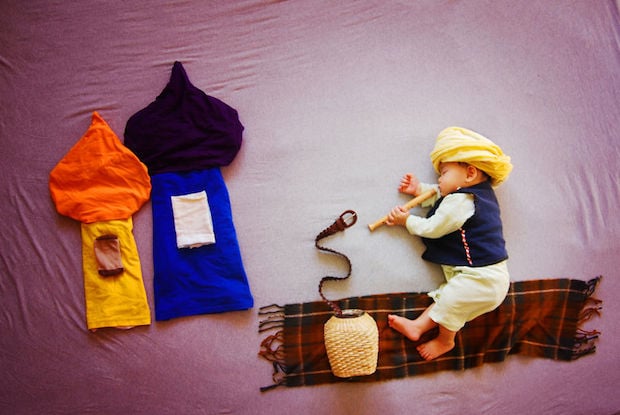 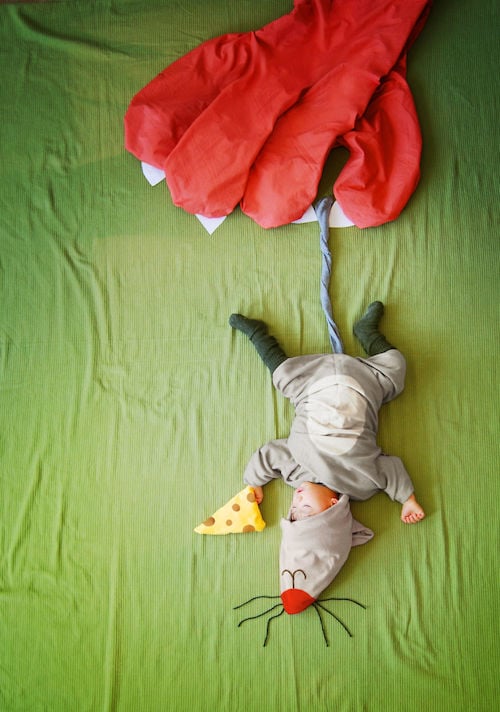 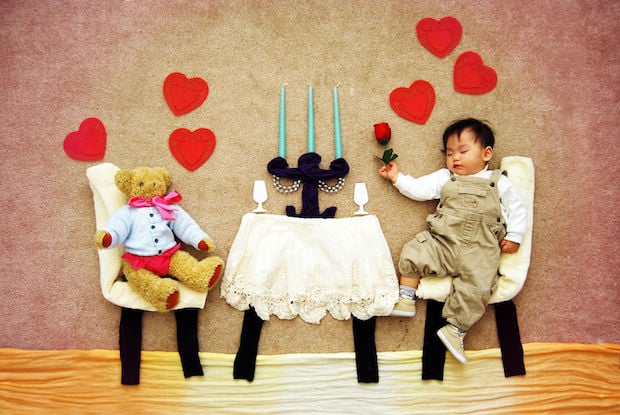 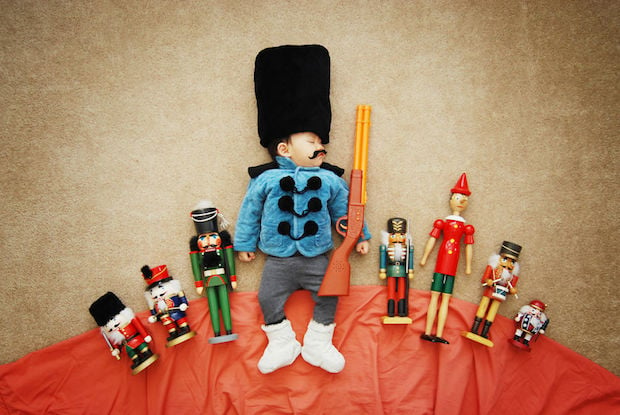 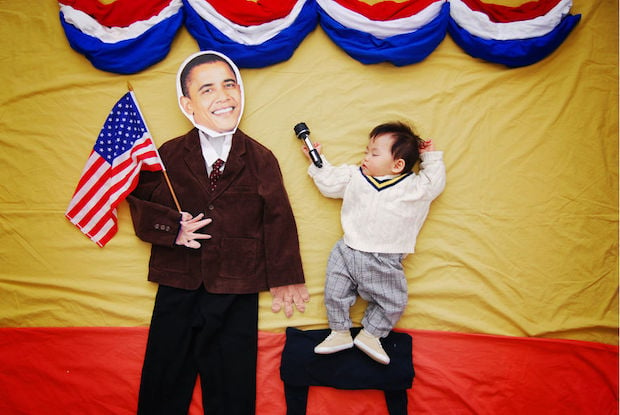 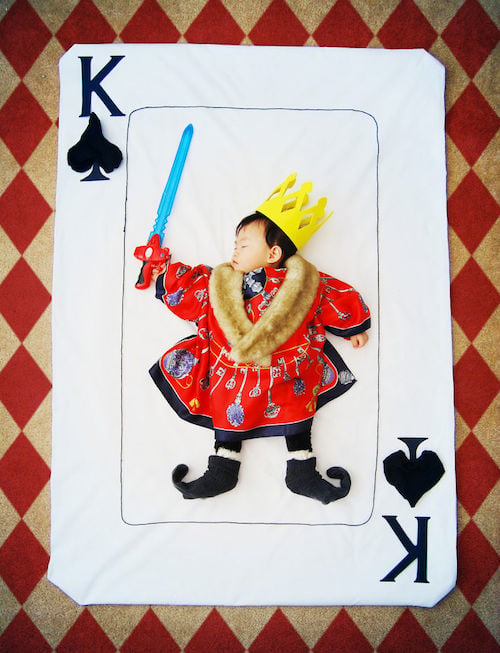 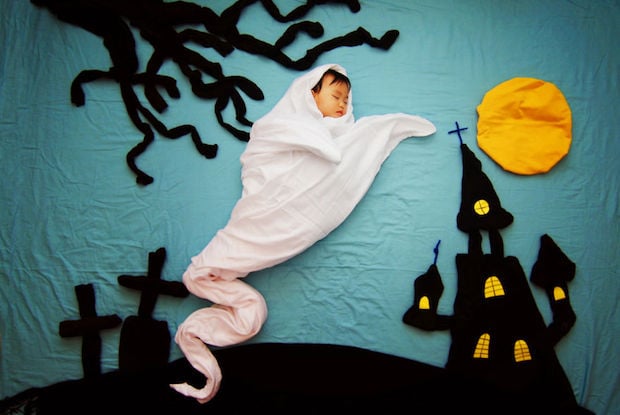 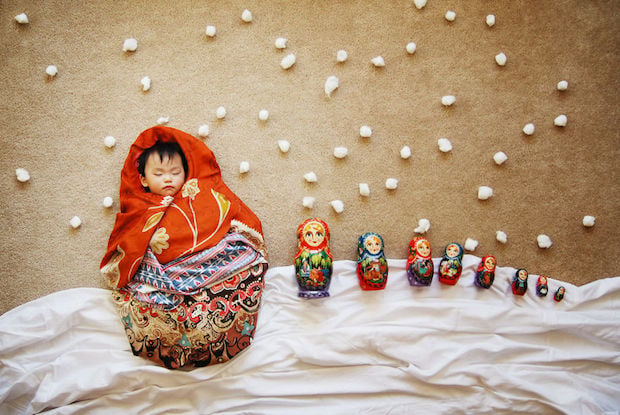 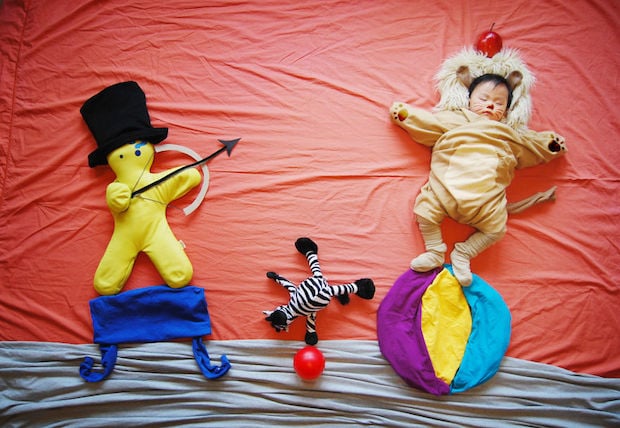 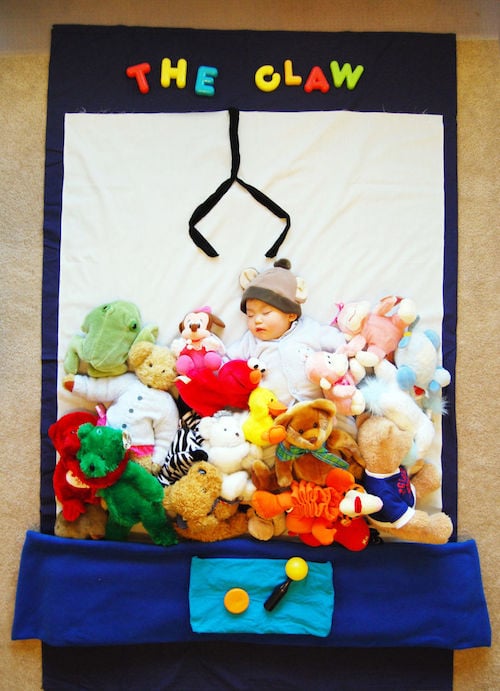 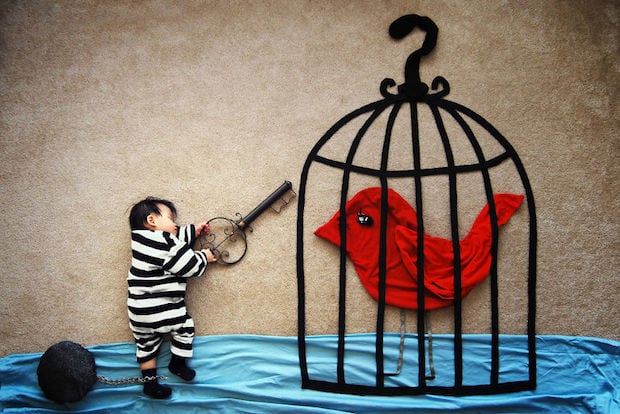 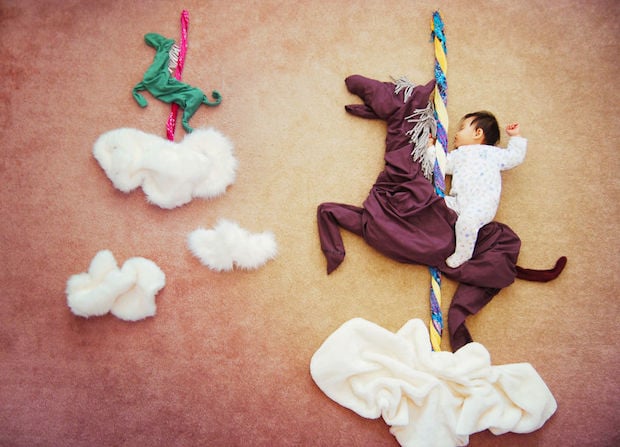 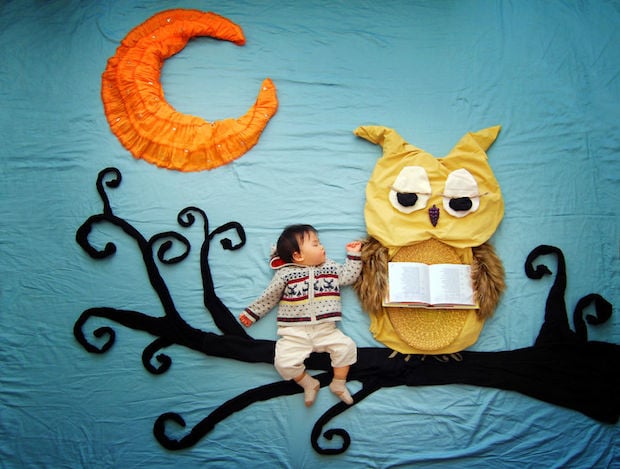 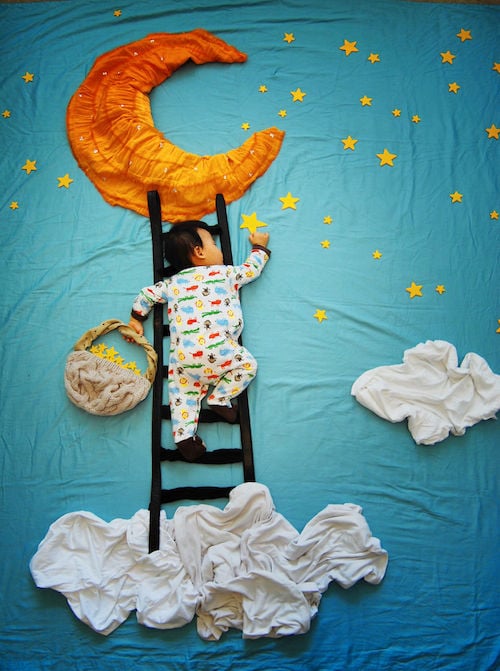 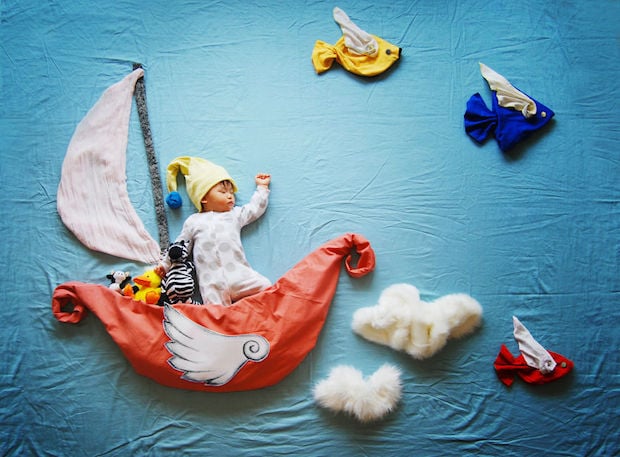 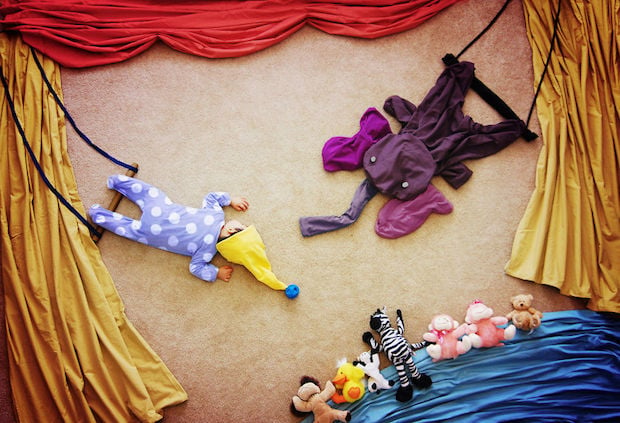 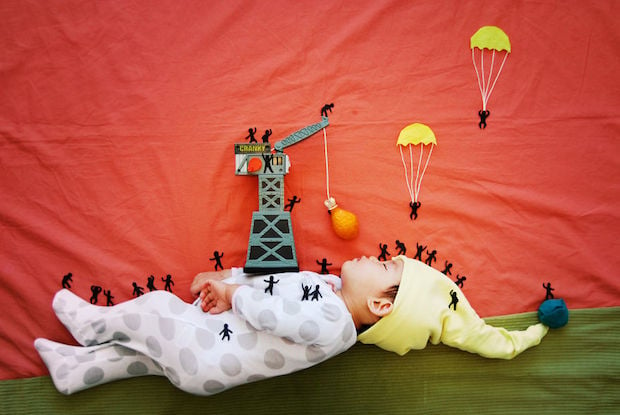 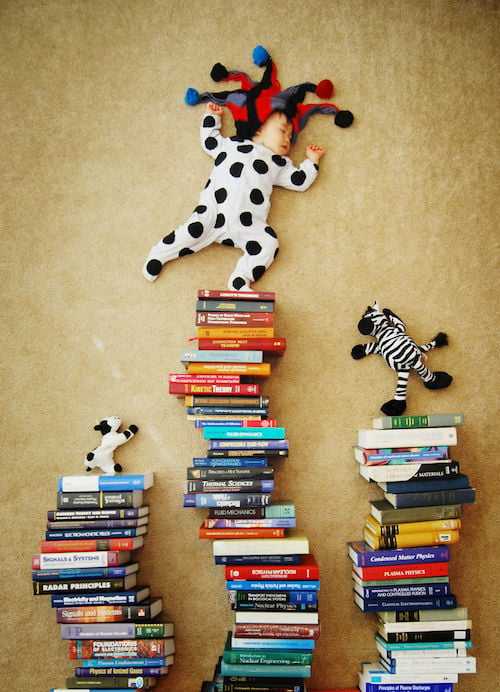 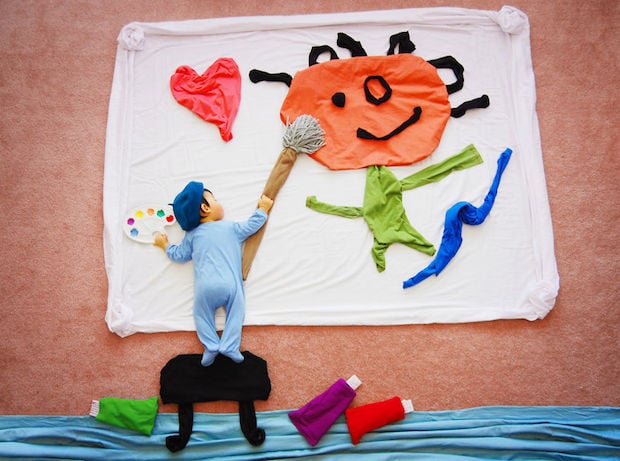 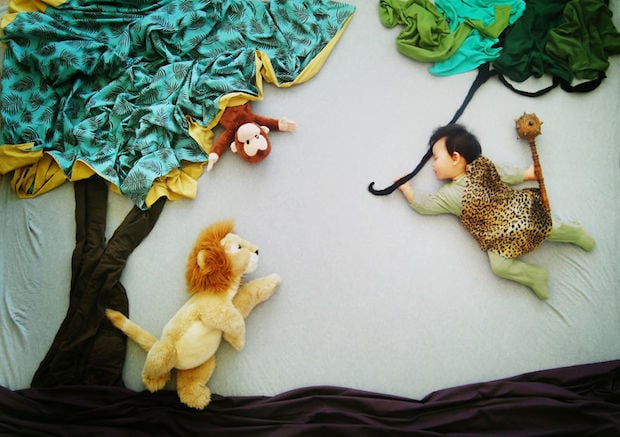 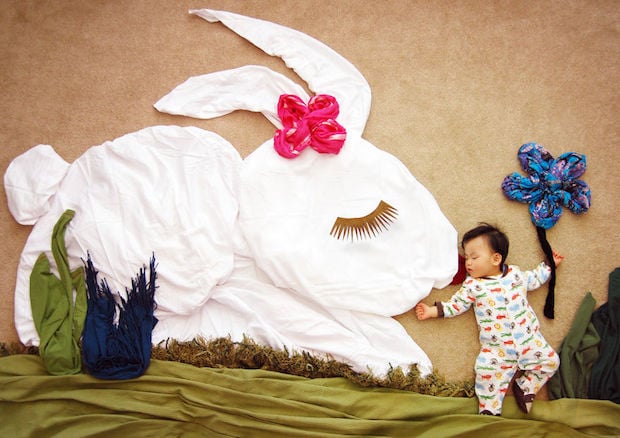 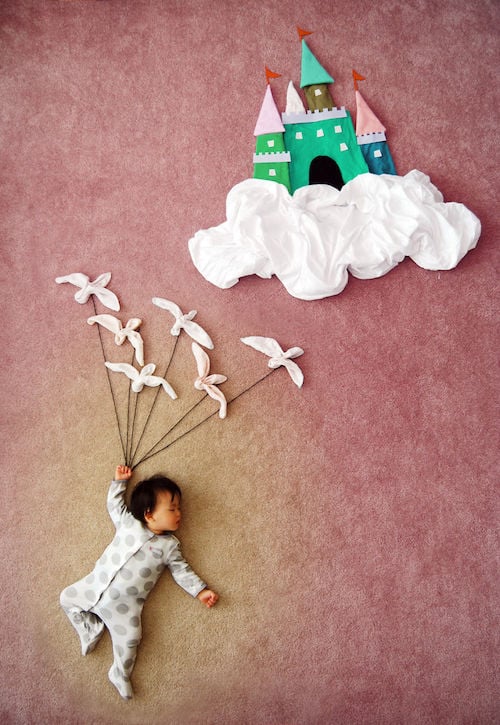 In all, Liao has now shot over 100 photographs of little baby Wengenn, her third child who was only 3 months old when his dreamland adventures began. The full collection can be found in Liao’s Wengenn in Wonderland album on Facebook.

The series was also released in book form in China last year, including details about how some of the more intricate dreamscapes came together (an English version is in the works as of this writing).

Still, for Liao, all of the media attention and Internet fame hasn’t made her forget what the series was about in the first place: “I am very grateful to have the opportunity to share with the readers not only the pictures I have taken, but more importantly, the inexpressible love, joy and pride as a mother while creating this special album for my son Wengenn.”

Image credits: Photographs by Queenie Liao and used with permission