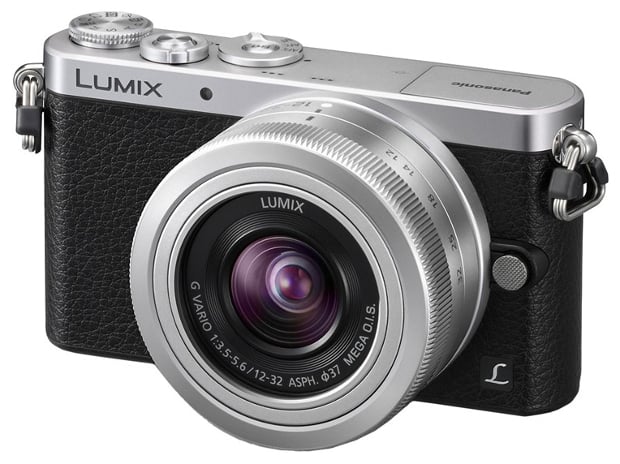 Small interchangeable lens cameras (ILCs) usually come with small sensors and a diminutive spec list. Take the Pentax Q7 for example, its 1/1.7-inch sensor was a big (or rather a small) deterrent for serious photographers who want a small yet capable camera of their own.

Fortunately for those photographers, however, Panasonic has their back with the newly-announced GM1. It’s not, as previously rumored, the world’s smallest ILC, but it isn’t far off, and it does grab the title of smallest Micro Four Thirds (MFT) camera.

And that’s where the GM1 shines despite its size: the spec sheet. Although it’s smaller even than the compact Sony RX100MII, inside you’ll find the same 16-megapixel MFT sensor, metering and autofocus systems found in the capable GX7.

There’s also a Venus Engine, high ISO up to 25,600, a 3-inch 1.03M-dot touchscreen LCD, focus peaking, WiFi, a pop-up flash and time-lapse and stop motion modes. And all of this is built into a die-cast aluminum and magnesium body that sports the kind of retro styling that is both common and popular these days. 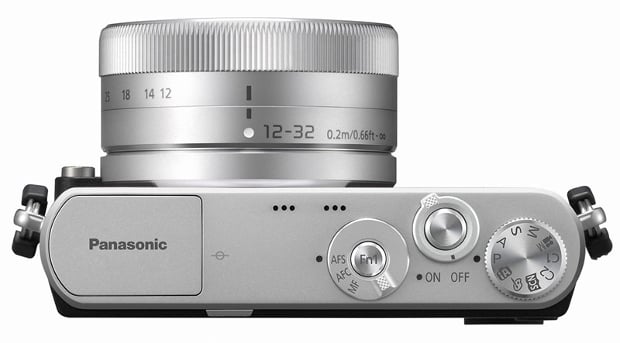 Of course the camera’s size doesn’t come without pitfalls. There’s no hot shoe, so you’re out of luck if you want to add a better flash or an EVF. There’s also no NFC chip built-in because the chipset didn’t fit, and the small body can’t handle 1080/60p (maxes out at 60i) because of heat issues.

Also, although rumors that Panasonic did away with the mechanical shutter altogether weren’t true, the shrunken mechanism only goes up to 1/500s before the electronic shutter takes over, maxing out at 1/16000s. We’ll have to wait to get our hands on it to see if the electronic shutter causes any problems IRL, but some sources believe it will.

Panasonic also took this opportunity to announce a tiny new MFT lens that will go well with the GX7. Pictured above attached to the GM1, the new 12-32mm (24-64mm equivalent) f/3.5-5.6 kit lens is a low profile zoom that collapses down to pancake lens size when not in use, and offers manual control over zoom, but not focus.

No US release date has yet been specified (November 8th in the UK), but you can already pre-order the GM1 from B&H Photo for $750 in a kit with the aforementioned lens. If you want to pick up the lens on its own, that will cost you $350.

Equipment, News
gm1, mft, microfourthirds, panasonic, panasonicgm1, small, tiny
Related Articles
Discussion
Trending Articles
Photographer Captures the Many Colors of the Full Moon Over 10 Years
May 25, 2022
Photographer Teaches Posing to Prove Anyone Can Be Photogenic
May 26, 2022
The Kodak Ektar H35 Shoots Two Photos Per Frame of 35mm Film
May 26, 2022
Nikon Plans to Basically Abandon DSLRs by 2025
May 26, 2022
Astrophysics Student Takes Graduation Photo Under a Total Lunar Eclipse
May 26, 2022