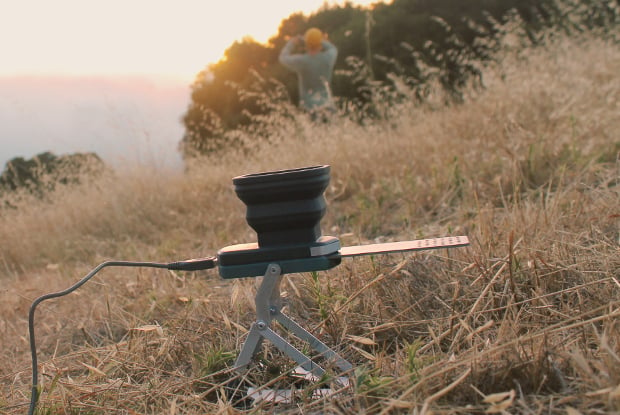 Outdoor loving photographers who are often far away from power grids don’t have too many options when it comes to charging up their gear. Without a generator you’re pretty much left with batteries and solar chargers.

But the guys behind the FlameStower didn’t like either of those options, so they came up with a third. Instead of using batteries or the sun, they decided to use fire.

Team FlameStower consists of grad school buddies Andy Bynes and Adam Kell, who came up with the idea in Bynes’ garage. Built to be ultra-portable, the little gadget turns heat from a flame into electricity that it can pump into any electronic device with a USB charger.

Obviously you won’t be powering any softboxes this way, but if you’re out in the middle of nowhere, any camera you can charge via USB can benefit from the FlameStower. And, of course, even if that’s not an option, there’s always your camera phone. 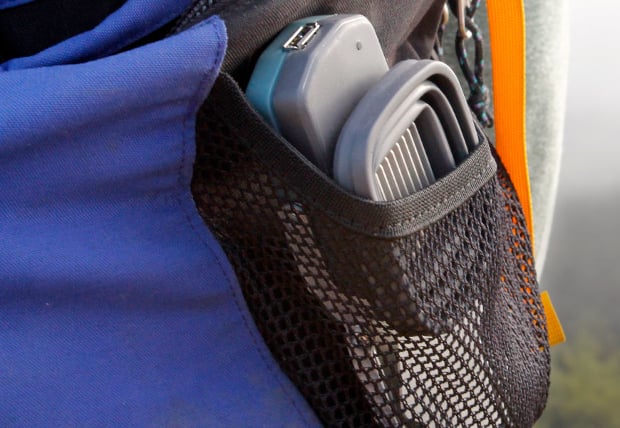 Unlike solar chargers the FlameStower can work at any time of day or night. All you have to do is unfold it, set one end up over a flame, and fill the cup on the other with water. The heat from the fire transfers to the generator, the water bath keeps the other end of the generator cool, and the temp difference creates electricity. That’s it!

Here’s a quick video demo of the FlameStower in action:

It’s an ingenious idea that’s ready to get off the ground minus the funding required for mass manufacturing. And so, the duo have started a Kickstarter that reached its goal in just a few days time. With 22 days left, every early bird special is gone and Team FlameStower has raised almost $24,000 (with an original goal of just $15,000).

If you want to get your own, or learn more about the little fire-powered charger, head over to the group’s website or Kickstarter page by clicking the corresponding links. Getting a FlameStower will cost you a minimum pledge of $80, and Bynes and Kell promise to have it in your hands in time for Christmas.

Photojournalist Denied Entry Into Russia, Allegedly Due to Disparaging Project

This is How The Human Brain Processes Color