In some cases, it seems like the stars align, the sea parts and the universe itself conspires to help you get the perfect shot. That’s sort of what happened to photographer Richard Crawley when he attended a Rolling Stones concert in the 1970s and wound up with the most famous shot he would ever take.

The photograph shows Stones frontman Mick Jagger with his arms behind his head and his tongue sticking out, and has become nothing short of iconic. But truth be told, it almost didn’t happen.

Because Crawley couldn’t afford tickets to the show, he faked a press pass and managed to get past security as part of “Blue Meanie Press.” But that was only the first of many obstacles. 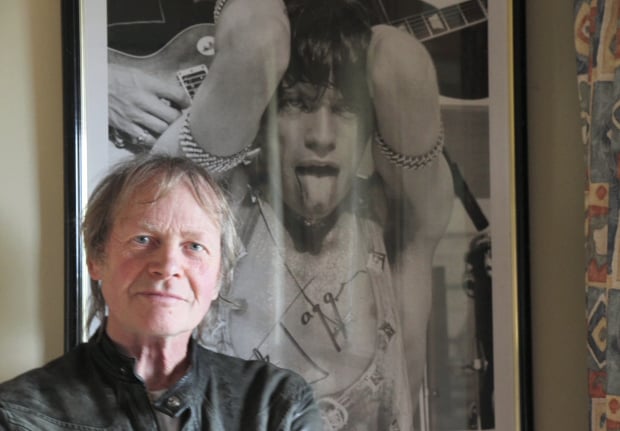 After clawing his way up to the front of the stage amongst the “mayhem,” he ran out of film. And even after he got a roll from the guy next to him (for 50 cents) he had to contend with a crazy crowd that would normally make a photo like this impossible.

But that’s when the universe stepped in: “Suddenly, everyone just moved apart. It was sort of like the parting of the Red Sea,” recalls Crawley. “And he looks straight at me with this famous famous image … with his hands behind his head and his tongue sticking out and, of course, the tongue became the logo. Amazingly, the shot was the last one on the reel. Click. The last shot on the reel and this was it.”

The video at the top is part telling of the story and part paying homage to the Minolta SR-T 101 that made it possible. To hear the whole tale from the horse’s mouth, click play at the top and enjoy. And if you want to see more of Crawley’s work, head over to his website by clicking here.

Culture, Finds, Inspiration
behindthescenes, concert, concertphotography, famousphoto, iconic, iconicimage, iconicphoto, iconicphotograph
Related Articles
Discussion
Trending Articles
Photographer Captures the Many Colors of the Full Moon Over 10 Years
May 25, 2022
Photographer Teaches Posing to Prove Anyone Can Be Photogenic
May 26, 2022
The Kodak Ektar H35 Shoots Two Photos Per Frame of 35mm Film
May 26, 2022
Nikon Plans to Basically Abandon DSLRs by 2025
May 26, 2022
Astrophysics Student Takes Graduation Photo Under a Total Lunar Eclipse
May 26, 2022