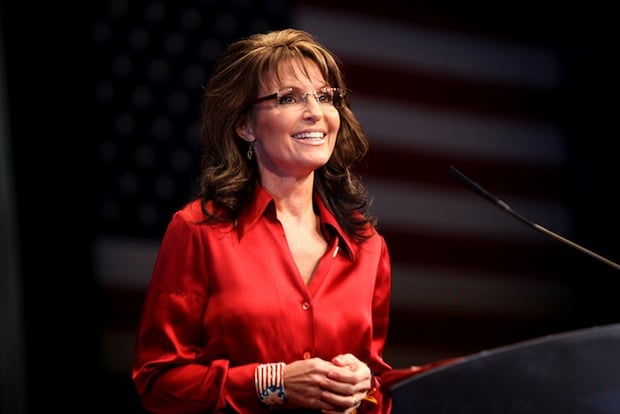 Sarah Palin is being sued after her political action committee (or PAC) posted an iconic September 11th photo on her Facebook page and website without asking permission from the copyright owner.

Palin’s PAC decided to use the photo to commemorate the 12th anniversary of the attacks, however, they neglected to obtain permission from copyright owner, North Jersey Media Group, before doing so. 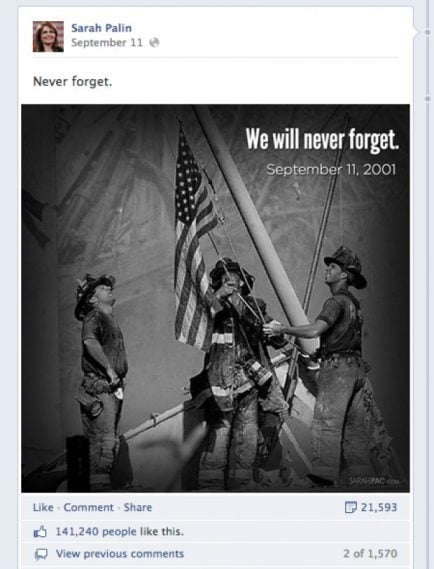 The media group admits that they did not want to file this lawsuit, but were forced to take legal action when neither Palin nor her PAC responded to a letter in which they requested that the photo be taken down.

“It is important to enforce our copyright on this iconic photo,” Jennifer A. Borg, vice president, corporate secretary and general counsel for North Jersey Media Group told NewJersey.com. “When neither Ms. Palin nor representatives from her PAC responded to our demand letter to remove the photograph, we were left with no choice but to seek redress in court.”

The media group is asking that the courts force Palin to remove the photo from both the website and Facebook page, as well as pay damages.

(via The Raw Story)

Photographer Gets Insanely Friendly with a Pack of Wolves