If you were wanting to have your mind blown today, the video above might do it. It’s a demonstration of a piece of 3D object extraction and manipulation software that made its debut at SIGGRAPH 2013, and it may just offer a glimpse into the future of photo manipulation.

The software was developed by Tao Chen, Zhe Zhu, Ariel Shamir, Shi-Min Hu and Daniel Cohen-Or, and even in its infancy it’s capable of some pretty amazing feats.

Throughout the demonstration, 3D objects are quickly and easily extracted from regular old 2D photos using a “3-sweep” method: two strokes to define the profile of the object, and one along the main axis. Depending on the complexity of the shape, sometimes parts have to be outlined individually, but the result it always the same: the software pulls an editable, movable 3D model straight out of a 2D photo. 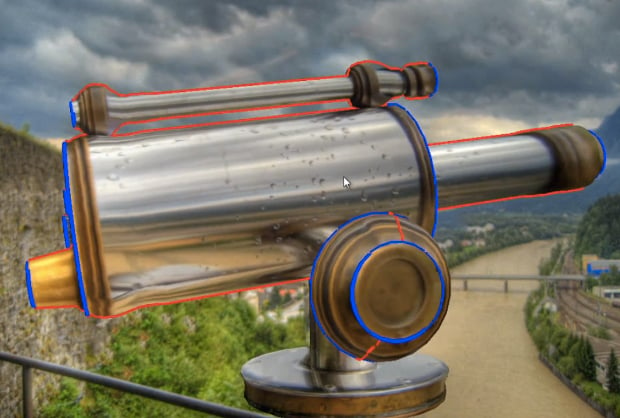 As the video goes on, the examples get more and more complex and impressive. Once outlined, each bit of the above telescope is scaled and altered at will, and the whole thing can be tilted, turned and shifted on every axis.

That’s not to say that the software is anywhere near perfect. The software’s current limitations mean that certain objects don’t scan in as well, and the texture of the extracted model often looks a bit strange. Still, there’s serious potential here.

It’s like taking Photoshop’s Content Aware Move feature and dramatically increasing its capabilities. Not only can you select and move an object within the 2-dimensions of the photo, you can alter, duplicate and edit in three dimensions as well.

Check out the video at the top to get an idea of what the software is currently capable of, and afterwards, drop us a line in the comments to let us know how you see this being used for in the future.

Why Kodak Isn’t Out of the Woods Yet