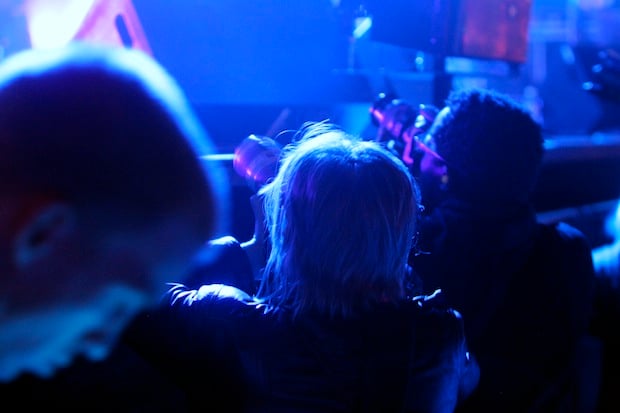 There have been several stories lately of musicians banning photography and asking fans to keep their cell phones in their pockets and enjoy the show. Most recently, Prince’s “purple rules” had security guards at The City Winery in NYC snatching phones in mid-air and kicking people out.

The Unsound music festival taking a larger scale (though less aggressive) approach: festival organizers have banned photography and filming festival-wide, and are asking that festival attendees be the ones to do the enforcing.

In case you’ve never heard of it, Unsound is an electronic music festival that takes place each year in Kraków, Poland. This year’s festival will go from October 13-20, and in keeping with the year’s “interference” theme, all photography has been banned — not even the press will be granted photography passes.

“Our aim is to encourage our audience to focus on being in the moment, and not distract others out of that moment,” explained Unsound Artistic Director Mat Schulz in the announcement. “We want to question the automatic tendency to place photos and videos of concerts on-line … to put some tiny glitch in the constant bombardment of images, today’s main tool of communication.”

He continued on to say that “The ban will not be policed by security guards,” calling it a “community action” and asking that any concert goers who see someone taking a photo next to them “ask them politely to stop.”

Of course, photography won’t be entirely absent from the festival. The announcement admits that an official photographer will “discreetly and efficiently document a few special events … due to their unique nature.” But the majority of the events at the festival will live on only in the memories of those who attended … well, and the phones of those who choose to ignore the rules.