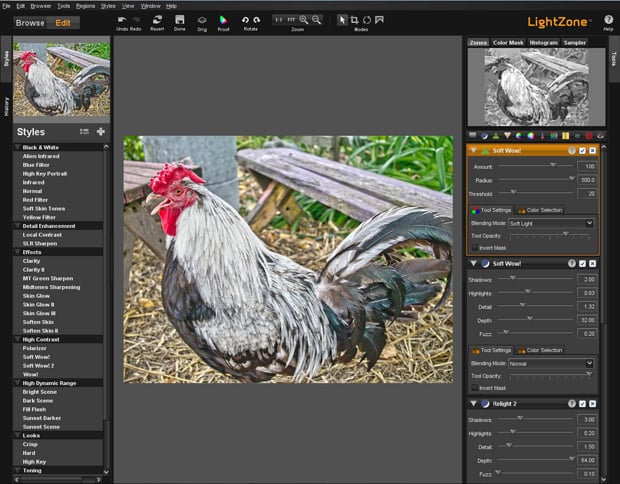 Photographers still irked about about Adobe’s decision to make Photoshop rental-only have a new alternative with the re-release of the pioneering LightZone application as a free, open-source program for Windows, Linux and (eventually) Mac OS.

LightZone, initially released in 2005, was one of the first programs to offer 16-bit. non-destructive editing of RAW images, plus the ongoing ability to selectively withdraw adjustments and innovative batch-processing options.

Light Crafts Inc. sold Windows and Mac versions of the program until 2011, when the company abruptly shut down. Within a few months, fans had formed the LightZombie Project to keep the software going, and Light Crafts released its code under an open-source license.

Windows and Linux flavors of the new version 4.0 were released a few weeks ago.  Mac users can download a beta version of 4.o or stick with 3.9.2, the final commercial release. The new version includes all the old tools users relied on, including detailed tonal adjustments, plus a slew of new RAW profiles.  Check here to see if your camera is supported in the RAW profiles yet. 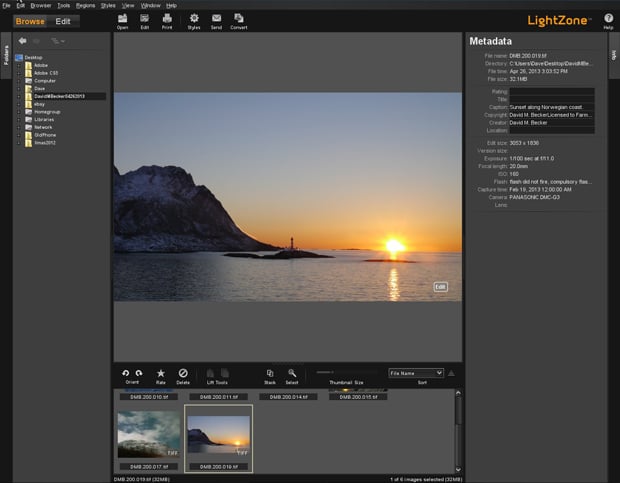 The commercial versions of LightZone drew consistent praise from serious photographers, including a Macworld review that compared it favorably to Adobe and Apple competitors and concluded: “If you long for simplicity in photo editing in an un-bloated piece of software, give LightZone 3.0.6 a try. Its unique visual approach to editing, time-saving Styles, and well-designed help system will aid the learning process.”

I Need a Permit to Shoot?