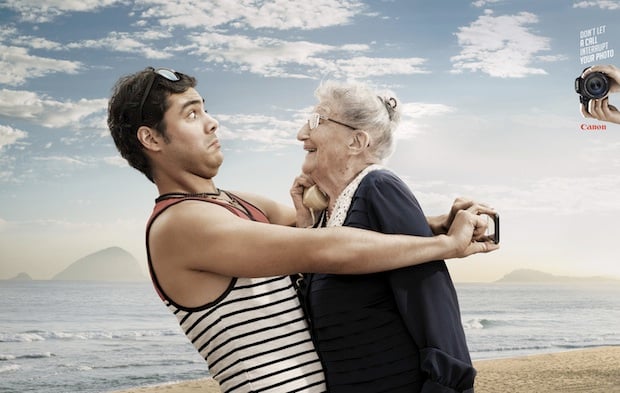 Smartphones have been stealing market share from the big camera manufacturers for years now, and it doesn’t seem like it’ll stop anytime soon. Naturally, that leads to a healthy fear from companies like Canon and Nikon who, unlike Sony or Samsung, don’t have players on both sides.

For its part, Canon has decided to start fighting back in the form of a new advertising campaign with the tagline: “don’t let a call interrupt your photo.”

There was a time when the big camera manufacturers paid little attention to their convenient but under-powered competition, but that time is long gone. According to an O2 survey from last year, taking pictures is the thing we do most with our smartphones — making calls ranks second. 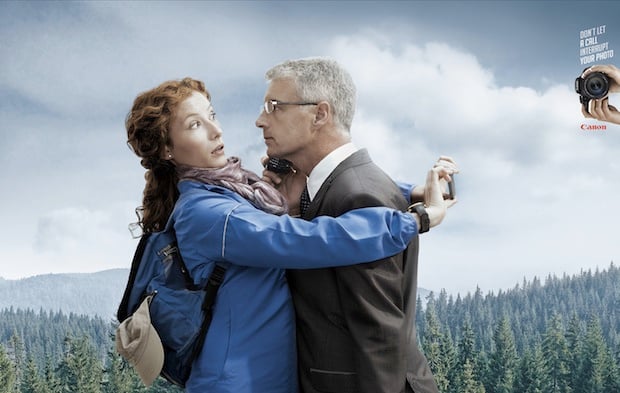 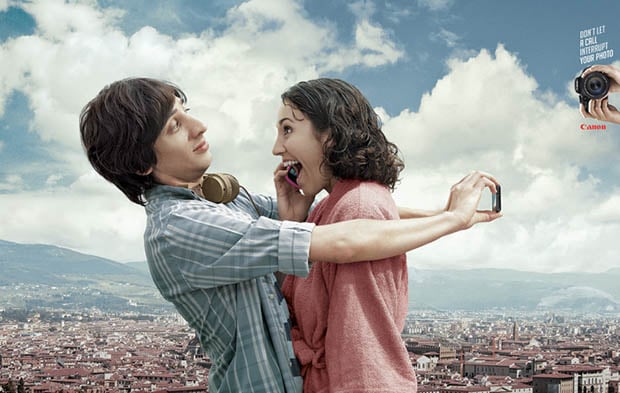 Back when the iPhone first passed up all of the high-end DSLRs to become the most used camera on Flickr, it was a big deal. If you check those stats today, you’ll see that the top three cameras currently used for Flickr are the iPhone 4S, the iPhone 5 and the iPhone 4 (in that order). The Canon 5D Mark II and 7D are hanging on in 4th and 5th, with Android phones like the Samsung Galaxy S III likely to be nipping at their heels before long.

Canon can’t ignore the problem anymore — hence the campaign. As you can see, the print ads focus on the “phone” part of the camera phone, and how that can turn into an annoying interruption. What if you get a call while you’re lining up your shot?

We’ll let you decide whether or not that’s a viable argument. In the past, optical zoom was always the trump card, but phones like Samsung’s Galaxy S4 Zoom are closing that gap as well. One thing that seems clear, however, is that Canon is threatened enough to start spending money fighting back.