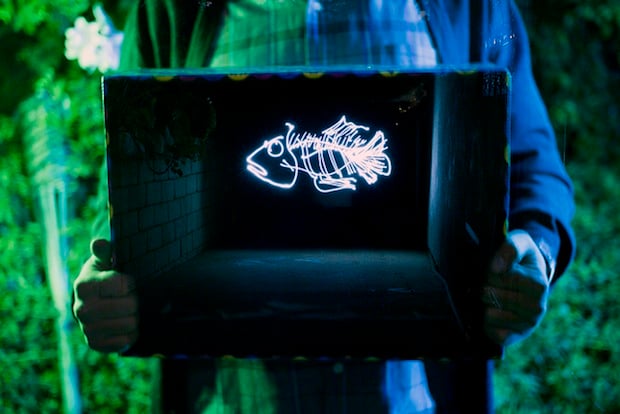 When it comes to great light painting photography, we’ve had cause to mention Darren Pearson on more than one occasion. His dinosaur light paintings were well-received, and his skeleton skater light painting animation was just plain cool.

So rather than continuing to pull bits and pieces of Pearson’s work to show you every time something catches our eye, we’ve decided to introduce you to him and his work as a whole, and let the light painting enthusiasts among you follow to your heart’s content.

As he put it while speaking with Thrash Lab (below), the air is his canvas. His work consists of dinosaurs, skateboarders, skeletons and animals he draws with his lights. Based out of San Diego, he’s also put together a series of images dubbed California Soul — a sort of ode to California culture.

Here’s that Thrash Lab profile mentioned above. Fair warning: he does use a little bit of inappropriate language:

Visiting his Flickr account or website is the best way to see everything. His light paintings are split up into sets, with subjects ranging from fossils, to spirit animals, aliens, angels and daemons. Below you’ll find a selection of some of our favorites: 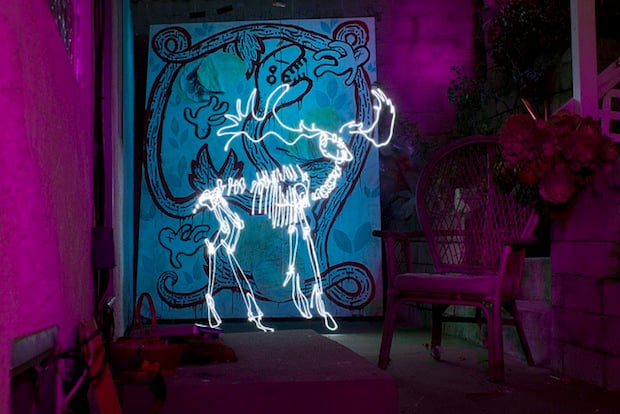 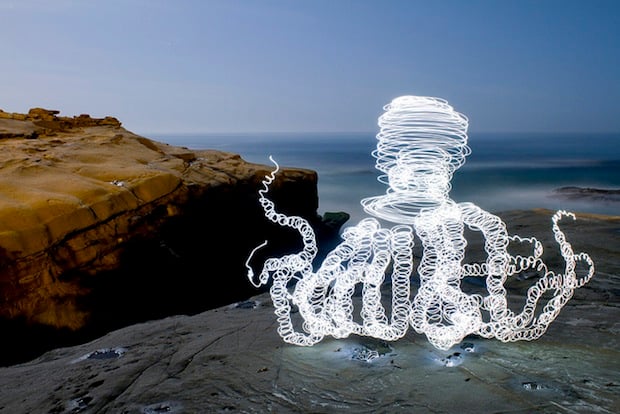 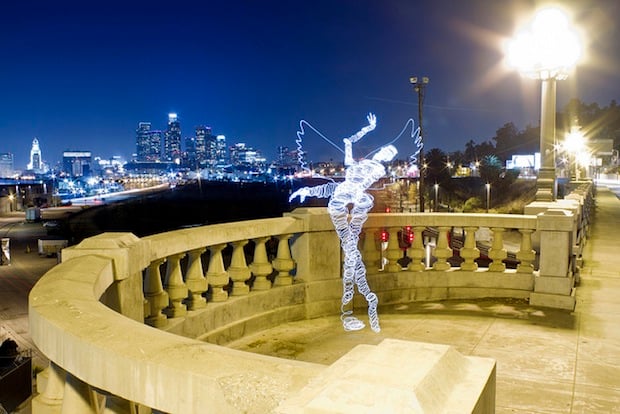 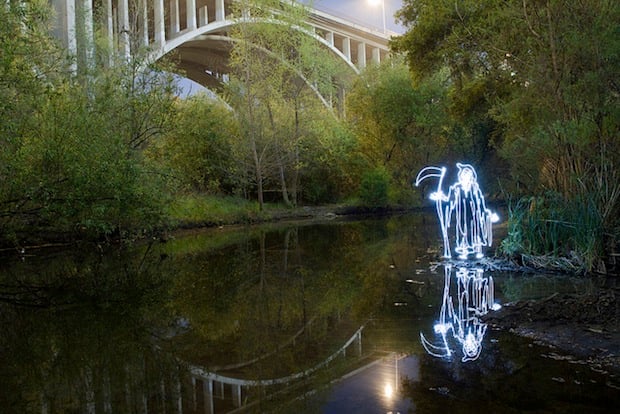 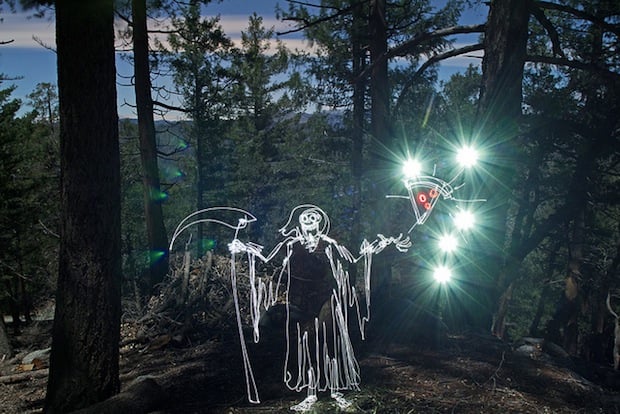 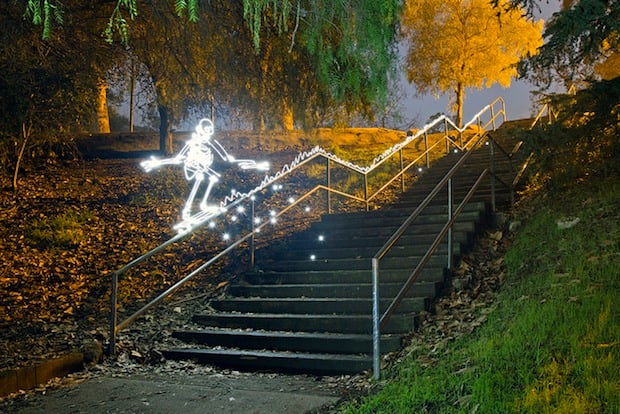 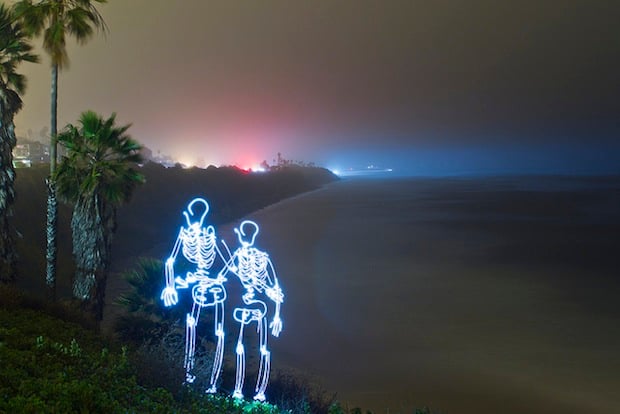 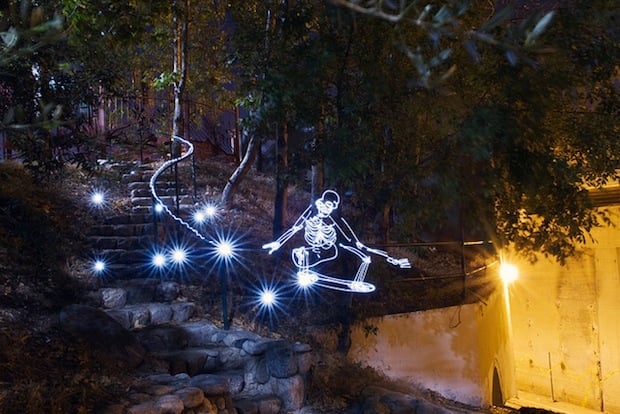 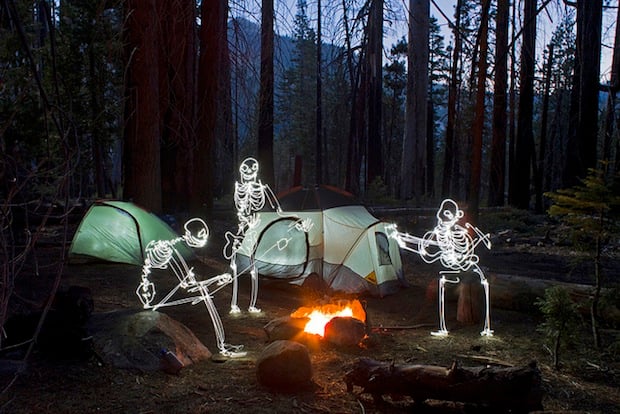 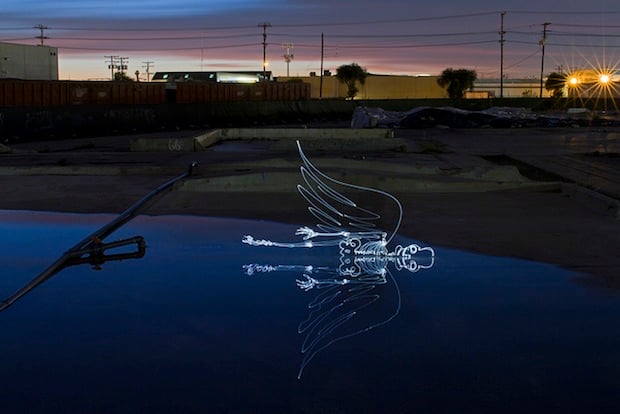 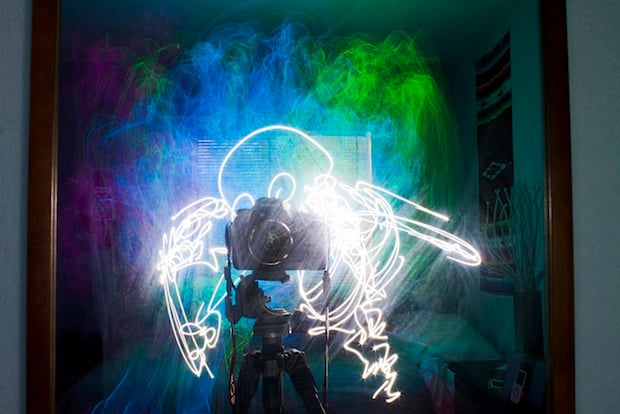 Although his work is whimsical and fun to look at, don’t make the mistake of thinking it’s also easy to create. It takes skill to transfer the image in his mind onto that canvas of air he mentioned, and more often than not, it also takes a lot of trial and error:

I won’t stop until I get what I’m looking for. I may do something a hundred times, because I have a vision that I kind of go into something thinking ‘ok, I’ll get this particular shot,’ and if I don’t get that particular shot, I’ll obsess over it.

To see a lot more of Pearson’s work with light (as well as a few sets that have nothing to do with light painting) check out his Flickr profile or head over to his website Darius Twin by clicking here.

Image credits: Photographs by Darren Pearson and used with permission.