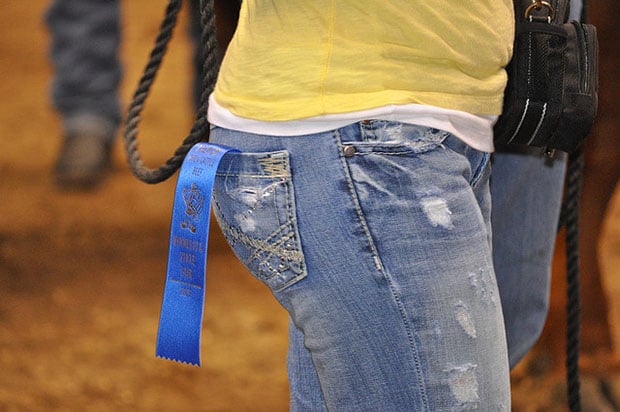 When I was a kid, my school had an end of the year event all students were expected to participate in. They called it “Field and Track Day,” which was a fancy way of saying, “Okay kids, we’ve got to kill a mandatory school day, so we’re going to ship you all out to a local park, make you run around in the hot May sun for about 6 hours until you feel like passing out or puking, or both, and then send you home. Have fun!”

Yes, in a feeble attempt at making elementary school kids feel like champions on a box of Wheaties, my school devised “Field and Track Day” and partitioned off sections of a local park so all the children could compete against each other in various “sports.” 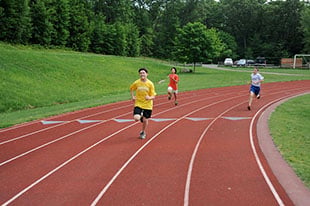 There was running long jump, standing long jump, free throw challenge, some kind of ball toss and a bunch of others I’ve forgotten.

Looking back at it, we were quite the pathetic lot; 200 kids running around trying to find their next event, sucking down juice boxes, tripping over untied shoelaces, eating warm peanut butter and jelly sandwiches and getting third degree sunburns on our faces, arms and legs.

At the end of the day, there was an awards ceremony during which ribbons were handed out for placing in each event, but, even if you didn’t place, no worries — you got to go home with a Participation Ribbon. They were purple. I remember this, because I always got them. All the kids did. Every car that picked their child up from “Field and Track Day” was filled with purple ribbons.

You could just show up on the field, sit on the grass, pick your nose for five hours and STILL go home with a Participation ribbon. 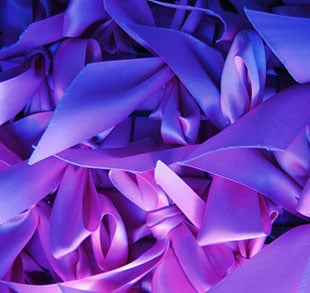 And although we all knew that those purple ribbons didn’t really mean much because they didn’t signify anything other than we showed up at the park and stayed until three o’clock, we could always show them off to our neighborhood friends from other schools in the hopes of impressing them. What did they know of “Field and Track Day?” We could wave our purple ribbons in front of them and they were awed.

Fast forward to photography and the words “award winning.”

You find them everywhere, don’t you? On websites and blogs, Facebook sites and business cards. Sometimes, the title is something we know and understand:

Other times, it’s something much more obscure and vague:

“Voted Most Likely to Win a Photography Award” Award 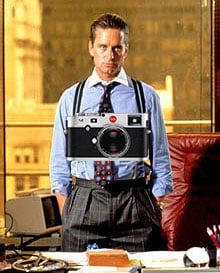 Everyone is looking to be an Award-Winning Photographer nowadays, and never have we had more opportunities. Now, if you believe in serious competition with qualified judges via a legit organization, your options are few, but if you want to find a competition that allows you to boast that you are an “Award-Winning Photographer” with as little fuss as possible, my friends, in today’s photographic climate, you are in luck.

The first thing you’ll need to decide when choosing what kind of Award-Winning Photographer you want to be, is whether you’d like an annual, monthly, bi-monthly, weekly, or daily competition. I assure you, there are plenty of each to be had. There’s even a website chock-full of current competitions just awaiting your entry fee: 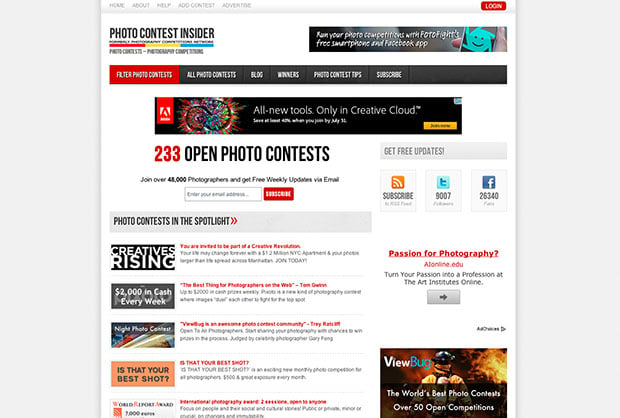 Speaking of entry fees, most will require them. Some limit the number of entries while others allow you to enter as many images as you’d like, provided, of course, that each image is accompanied by an entry fee.  After all, these competitions don’t exist just for fun — they are serious institutions no doubt housed in large skyscrapers and run by very important people. Or, from behind an Ikea desk out of a basement apartment, but quietly, so mom and dad upstairs don’t hear.

My favorite of all the competitions, though, is the “Vote for My Picture” type. You know what I’m talking about. A photographer submits a photograph to a site, and then bothers everyone they know via phone, Facebook, email, Twitter, text and skywriting to vote for them. 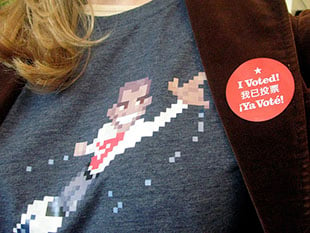 It’s kind of like one of those “Best Of” competitions where those who excel at bugging their friends always win. And if you’re like me, you DO vote if for no other reason than you feel bad saying you did when you didn’t. Plus, you wonder if they’ll be able to somehow tell by the vote count if you lied. As the competition nears an end, you’ll usually get daily reminders in the form of a countdown: “Okay, peeps, only THREE more days to vote for me! Please and thank you!”

These “Best Of” competitions are more popularity contest than photography contest, but in the end, the winners still get to boast that they are an award-winning photographer, which is the promise of most of these competitions. Some even have gala events where you can step up to the podium when your name is called to receive your “best of” award and receive coveted exposure. And not the Jasmine Star magazine kind, although that would be a nice prize to have in addition to the title.

Now, if you’re thinking all that competition research is more work than you want to undertake, you can do what I’ve seen many a photographer do: just add the words “Award-Winning” behind your name with no explanation. No nuthin.’ (On a personal note, I feel this is just a little too loose to be acceptable, but it’s done all the time and no one seems to mind.)

Much the same way “professional” means you’ve received payment for your photography, “award winning” simply means that you are a photographer who has won an award. ANY award. At ANY time. Have your kids ever given you one of those little plastic gold trophies with the words, “World’s Best Dad” on it? You’re an Award-Winning Photographer! Have you ever navigated to a website only to have a pop-up inform you that you have a won a valuable prize? Boom! Award Winning Photographer!

Few people will take time to actually check it out and, like that purple participation ribbon, most will simply be awed by the title.

But be prepared with an answer in case they ask. My friend, Scott Shaw, told me recently he was an award-winning photographer. We had been walking through a photography trade show at the time, so I asked him, “Oh yeah? What kind of an award?” I had just met Scott at the time, and since we were at one of those photography conventions where a lot of photographers try to bill themselves as something they aren’t, I wondered if maybe Scott was trying to pull my leg.

He replied, “A Pulitzer.”

Yeah, well…I’ve won a bunch of purple participation ribbons. So there.

Image credit: Blue Ribbon in Back Pocket by Joe Bielawa, Eaglebrook School Field Day 2012_ (50) by EaglebrookSchool, Ribbons by Photofinish 2009, I Voted for Obama! by SanFranAnnie

How the Other Half Lives: Photographs of NYC’s Underbelly in the 1890s

Creating an Indoor Blizzard for Portraits with Falling Snow