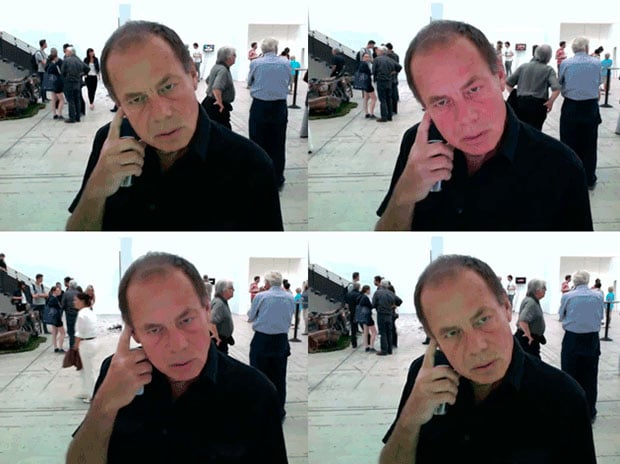 We humans have done quite a lot in the span of a thousand years. We’ve discovered new lands by sail boat, sent men to the moon, and successfully managed to ruin the economy-class flying experience as we know it. So now that it’s 2013 — the obvious move would be to beam an animated GIF to a distant solar system, right?

Absolutely! And that’s exactly what’s happening on Tuesday, June 18th. Conceptual artist Kim Asendorf has created a short GIF of himself (he calls it “Humans watching Digital Art“) that will be beamed into outer space via the LONE SIGNAL METI (Messaging Extra Terrestrial Intelligence) project, making it the first animated GIF sent into deep space:

The target? Gliese 526 — a whopping 17.6 light years away from us here on Earth. Yeah, not the kind of place you can easily send an email to. According to Asendorf, it’s ” identified as a potentially habitable solar system in The Catalog of Nearby Habitable Systems.”

So basically, it is hoped that the beam of data (which includes more than Asendorf’s GIF, by the way) will reach extraterrestrials. We’re not saying this is giving aliens a reason to invade us, but it’s something to keep in mind, doomsday preppers.

The METI signal will arrive at its destination in 17.6 years.