We won’t deny it: we love a good lost and found story. When a camera goes drifting out to sea or is lost in an earthquake, only to turn up months or even years later with the photos still intact, we can’t help but smile and share the story.

In this case, kitesurfer Jens Knof lost his friend’s brand new GoPro Hero in February of 2011. When a spearfisherman found it two and a half months later just hanging out at the bottom of the reef, Knof was both relieved and amazed.

The camera slid off of Knof’s board on February 25th while he was kitesurfing at Kite Beach in the Dominican Republic. As it slowly descended to the bottom of the reef, the little GoPro that could continued to film until the battery died, and then promptly turned off. 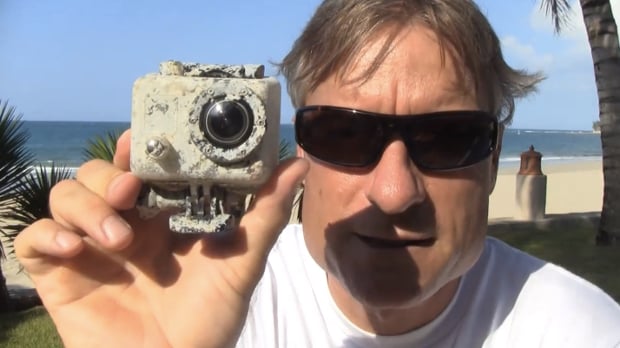 Knof put the word out to friends and on Facebook that he had lost the camera, but after a couple of months had passed he all but gave up on the idea that he would ever see the cam again. Lo and behold, on May 11th, a spearfisherman stumbled onto the camera while diving on the reef.

What’s more, once Knof actually got the camera back, he didn’t find the waterlogged mess he was expecting. Instead, he found the GoPro in pristine condition — there wasn’t even a scratch on it! To see what the camera went through under the sea for the first part of its underwater voyage, check out the video at the top. We just wish the camera might have somehow filmed its recovery as well, but a battery pack and an 8GB SD card will only hold out so long.