When Brad Josephs took his GoPro camera out in beautiful Alaska, he was probably trying to get majestic footage of Grizzly bears for the BBC’s Great Bear Stakeout. Instead, what he got was a hungry mother Grizzly and her cub trying to eat his camera. We get some, shall we say, interesting views of what a Grizzly bear’s mouth looks like (not that that’s something we’re all interested in seeing, is it?).


Happily, the camera and the card inside made it unscathed, according to Josephs. “The bear only gently mouthed the camera, and didn’t even put a dent in it,” he said. 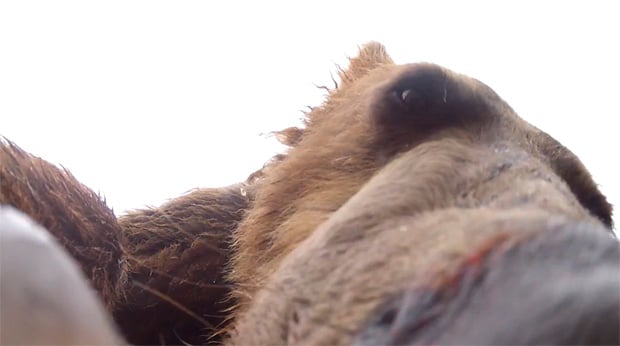 That may or may not be attributed to the fact that Joseph had strapped the camera to a rock with a rubber band. There’s no telling what the Grizzly would do if the camera wasn’t secured. It gets even better: the BBC ended up running the footage in the program.

You know the old saying: a GoPro a day keeps the doctor away. Wait – that might not be right. But in the world of Grizzly bears, everything, including a GoPro camera, is fair game come dinner time. We reckon GoPro’s advertising department is going to have a field day with this one.

(via Alaska Bears & Wolves via CBS )