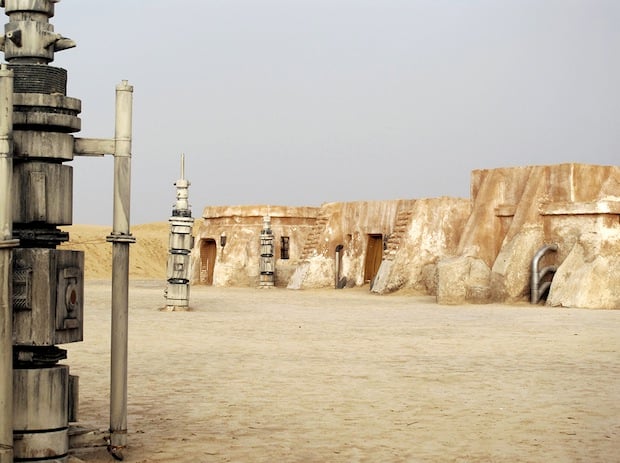 In September 2010, visual artist and filmmaker Rä di Martino set out on a quest to photograph and document old abandoned film sets in the North African deserts. The project had started when she discovered that it was common practice to abandon these sets without tearing them down, leaving them fully intact and crumbling over time, like archeological ruins.

Martino spent that month traveling around Chott el Djerid in Tunisia, finding and photographing three Star Wars sets in all for her photo series No More Stars and Every World’s a Stage.

Actually finding the sets wasn’t as easy as you might think. At first, Martino had only Google Maps as her guide, and when you’re in the desert, that just won’t do. It was only after a chance encounter with a driver who knew the desert well and a detour to ask directions at a police station that she finally stumbled upon her subject.

After finally reaching the so-called “ruins” of Luke Skywalker’s childhood, Martino spent the morning shooting on both digital and film, surprisingly moved by the memories of her own childhood that the set brought to the surface: 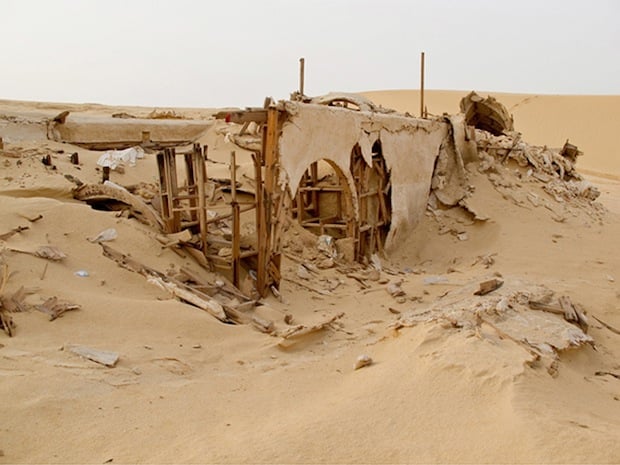 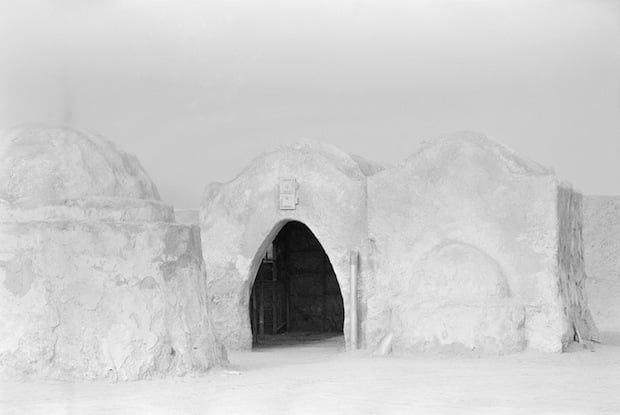 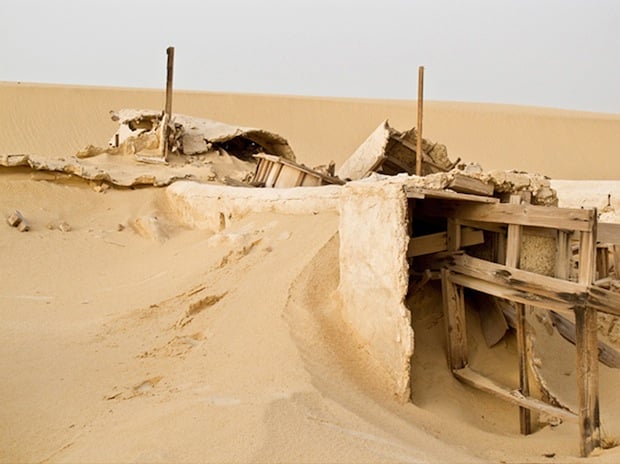 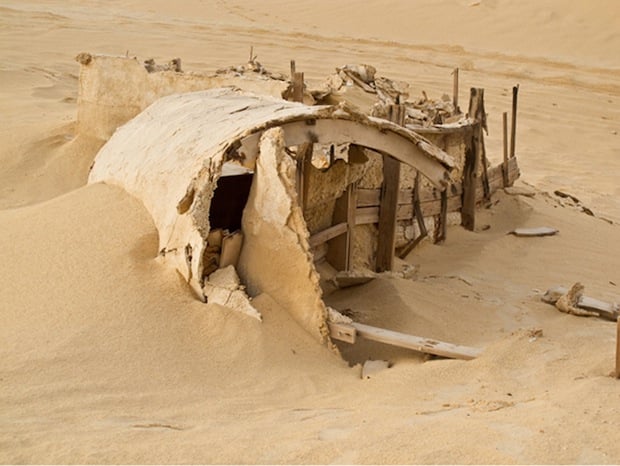 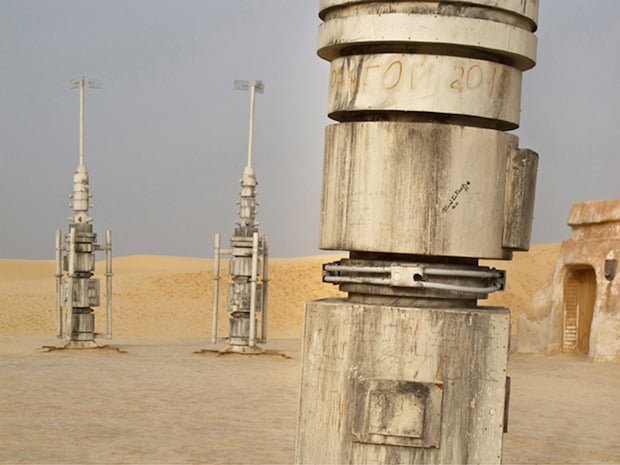 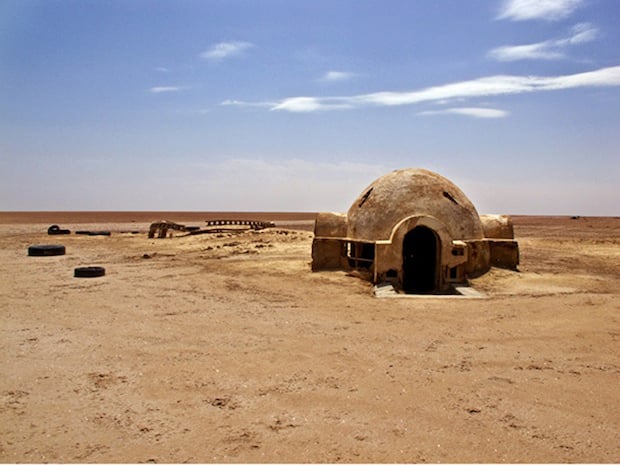 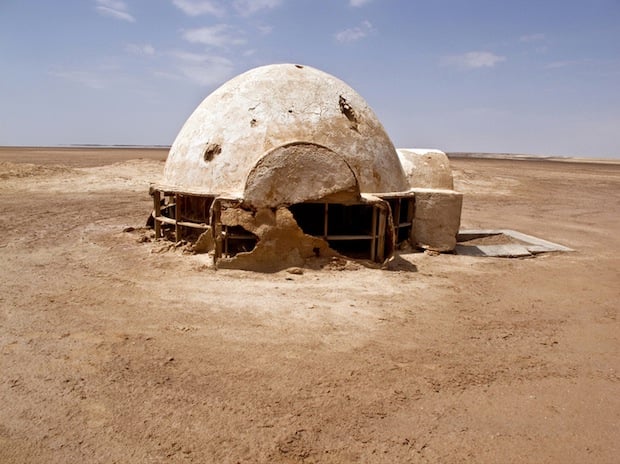 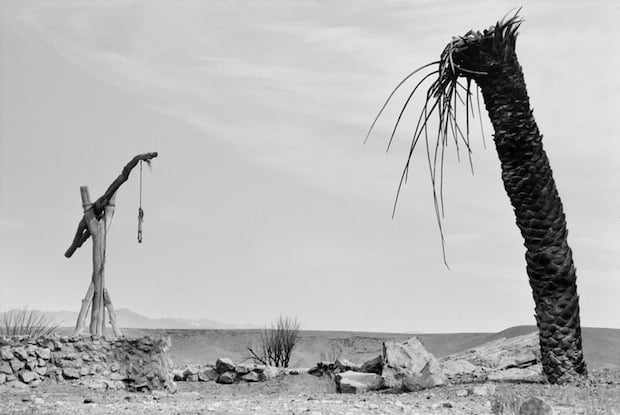 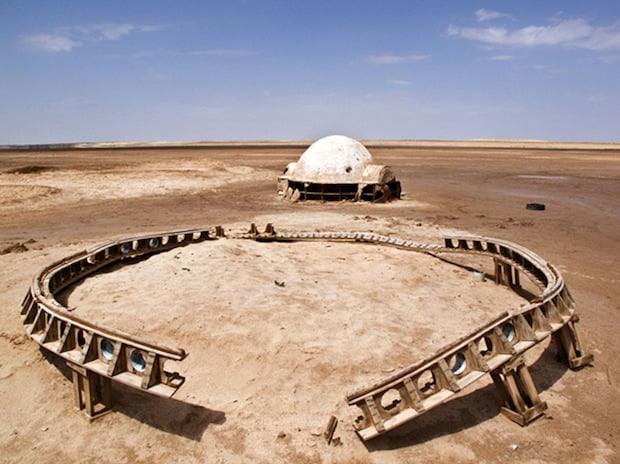 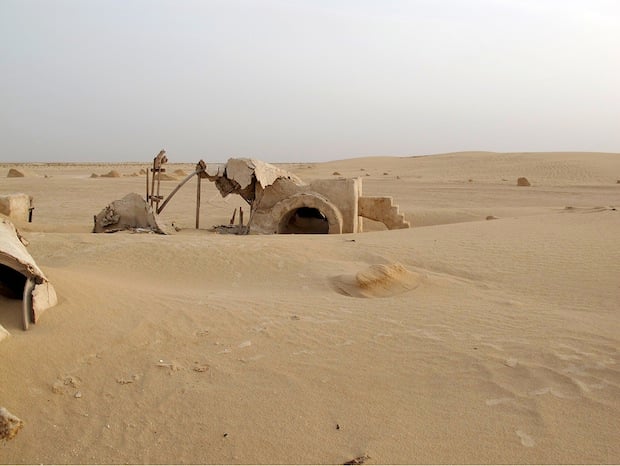 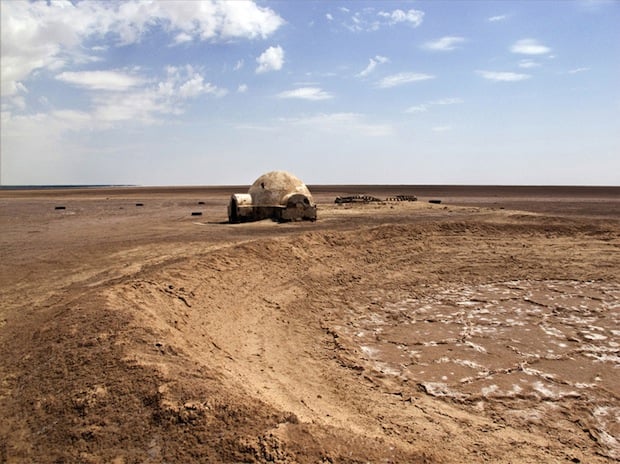 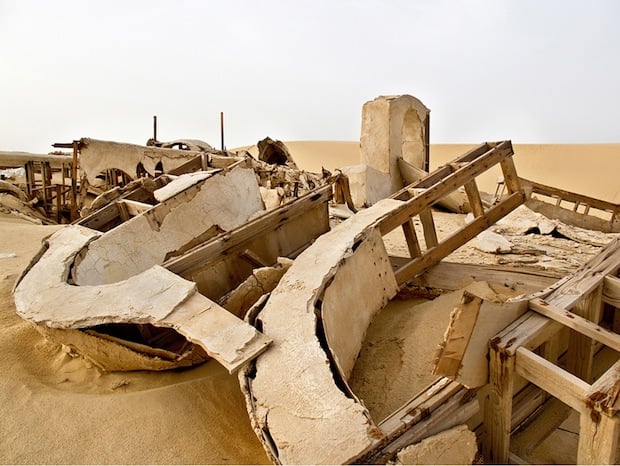 Interestingly enough, after the photos were published, Star Wars fans annoyed with the disheveled state of Skywalker’s fictional home spent $11,000 and worked with locals to restore the old set. Now tourists who are brave enough to explore the Tunisian desert may find themselves in a pristine slice of Tatooine history if they’re lucky.

To see more from Martino, including more photos from other well-known and abandoned film sets, check out her website here.