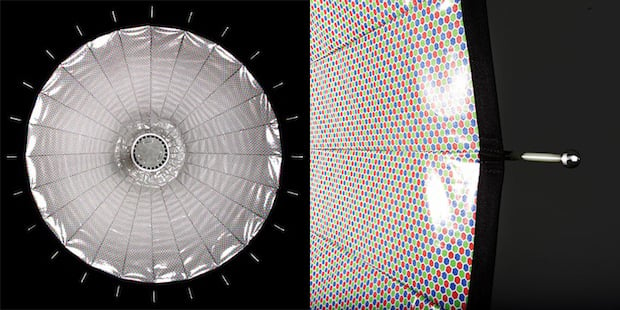 David Hobby over at Strobist uncovered an intriguing new type of parabolic umbrella by B2Pro Lighting last week that has some people intrigued, even as many others are calling BS. The umbrella sports a patent pending pattern of RGB photo sites that, according to B2Pro, will “bring lighting for digital photography and motion picture into the 21st century.”

The company’s claim is that the photo sites on the umbrella — which are meant to work with CCD sensors — will make colors appear richer by spiking the primary colors. In other words, the umbrella will reflect an RGB peaked histogram instead of the standard white.

Here’s a closer look at that design: 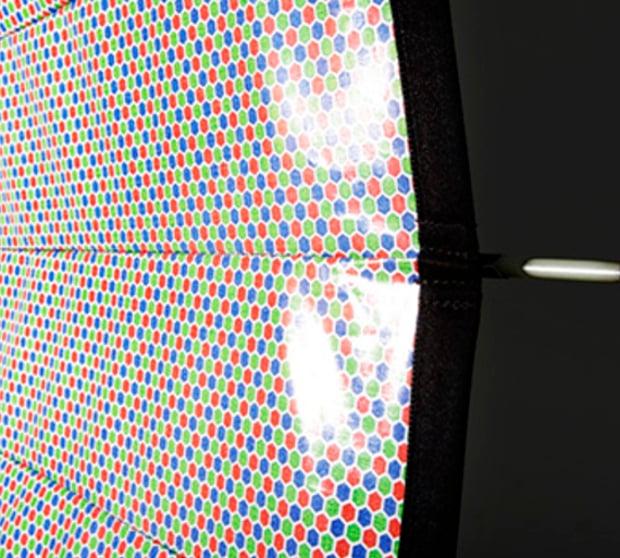 Hobby and others are skeptical for many reasons, not the least of which is that we’ve not seen any side-by-side comparison photos. And even if the idea is sound, there’s no guarantee that those photo sites will do anything more than eat up a stop or two of flash IRL.

One commenter on Strobist also pointed out that a Bayer-array has twice as much green as blue. The rows are lined up as GRGRGR and BGBGBG one on top of the other, but the umbrella is set up as RGBRGBRGB.

We’ll reserve judgement until we see some side-by-side comparison pics of the umbrella in action. For now, let us know what you think. Is this the future of digital photography lighting, or just another gimmick?

Adobe Shows off Its First Go at Hardware, The ‘Mighty’ Pen and ‘Napoleon’ Ruler