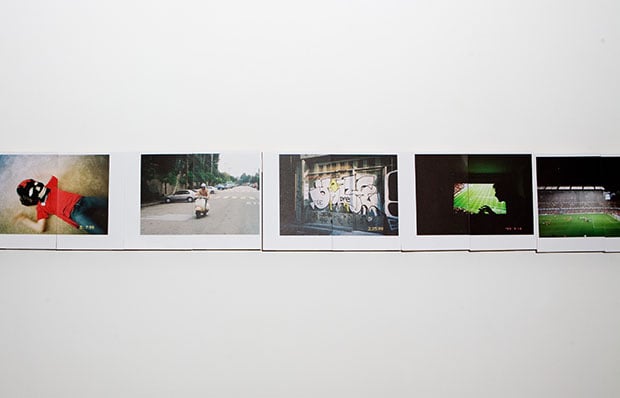 As photographers, one thing we’re always interested in is improving our photography. Today we’ll discuss something that is often overlooked and can make dramatic improvement in all of the photos we show, as well as increase our perceived skill in the art.

Top photographers know only their top 1% or less of photos taken will ever see the light of day. They know the first step to having interesting work is culling out that which is not. This isn’t something that should be limited to the professionals or those with professional editors… It’s something we can all use!

We all know the jokes about watching people’s vacation slides, and each of us has certainly experienced having a set of photos from a vacation or hike that we thought was pretty awesome, only to have our friends lose interest after half a dozen shots. So why even bother showing them more than a half a dozen shots?

Make your very best shots the only ones that people see, and they will stay interested. They will also think that every picture you take is amazing. They never need to know that it’s only the pictures you show that are amazing.

There’s another benefit to this as well, and it is that people will want to see more if they’re really interested. You can either meet this need immediately by showing additional photos you have sitting around, or you can use it in a more long-term way by knowing that they will want to see your next set once it is ready.

It all depends on what your goal is with your photography.

Personally, I like to limit what I show to about 5 shots per shoot. Quite often I’ll take 100-200 shots on a hike or whatever, which really allows me to pick out five really nice images.

When I get home, I just spend some time sorting them. First, I group it by subject/theme and pick out the best one or two of each theme. Then I put all of those together and sort out the very strongest images overall. If this is more than 5 shots, I start picking out the worst and taking them out of contention.

Eventually I get it down to a very small number, which I then consider showing off. Make those the ones you share with the general public. Save the rest for friends or anyone who wants to see more.

Even if you go on a vacation or something, tighten up the shots as few as possible. I took about 600 photos on a recent trip to New Orleans. When I got home, I sorted these photos into seven smaller groups, based on the seven basic things I did there. French Quarter, Garden District, Cemeteries, Business District, Swamps, Algeirs, and Other. Then I went through each group and used the star rating function to separate those I liked more or less than others.

This got each group down to about 20 shots, which is still too cumbersome. So I sorted again, using the stars, and worked to just select my favorite 5 shots from each group. This took some time, but when I was done I had about 40 really impressive photos, spanning all of the different things I did in NOLA.

Finally, I went through and picked out my favorite shot from each of those categories, leaving me with 7 top quality photos of my vacation. These seven are the images I shared on Facebook and Reddit, out of the 600 I took.

Sorting your images can seem like a daunting task, but it gets easier with time. I immediately discard any image that is out of focus, or has obvious distracting elements such as power lines, garbage cans, cluttering signs, etc. Then I eliminate any repetitive images. For example, if I have three really beautiful photos of the same waterfall, why would I show more than one of them? Unless that was the only thing I took pictures of, I’ll just choose my very favorite of that waterfall and move on to the next subject from the shoot.

The benefits of this process are many. As you learn what you don’t like in photos, it helps you watch out for those things when you’re taking the shot. Over the years, this process has helped me be aware of power lines, flat blank skies, parked cars, garbage cans, and similar distractions — especially along the margins of my photos.

You will find that your overall shots to begin with are better, because you’ve trained yourself to automatically see what is wrong with a shot before you even take it.

If you’re sharing your photos with people for some sort of recognition, whether it is professional or just for compliments and internet karma, you’ll find that you will get a much stronger per-photo response.

People will get lost in a series of 20 or 40 photos; if they don’t give up half way in they will usually just page through them as quickly as possible. If you want people to stop and look at your photos and appreciate your artistic intent, you can’t overwhelm them with too much to look at. Less is more.

People will also believe you are a better photographer if you only show them your very best work. If all of your work is sharp and clear, with obvious subjects, interesting lines and depth, and amazing color, people will think that all of your photos are like that. They won’t know of the 95% or more that is lacking in some way.

I am constantly told that I am a very good photographer. Whether I am or not doesn’t matter, but I am told that because people only see my best work. They don’t see the tens of thousands of shots I sort out every year, and unless they’re close to me personally, they never will.

Becoming a better photographer is a project that never ends, and there are many ways we can work to improve. This common-sense rule helps in many ways, and is one of the first things I tell people when they ask me for advice. It’s a powerful tool and I’d encourage everyone to make it a part of every shoot.

About the author: Sean Gentry has been learning photography for seven years. His hobby has encouraged him to travel to new cities, hike new trails, and discover more of the Pacific Northwest. If it’s cloudy at dusk, look for him wandering Portland’s waterfront with a tripod. Visit his website here.

Decades-Old Lenses May Be Radioactive, Especially if They’re Made by Kodak