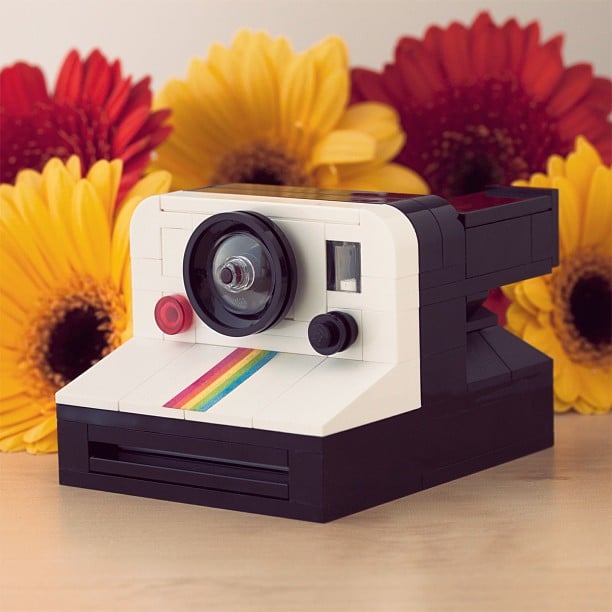 Now McVeigh (who goes by the name “Powerpig” online), is back with a beautiful new camera creation. This time he has built a Polaroid OneStep SX-70 Rainbow instant camera.

For comparison’s sake, here’s a photograph of the actual camera: 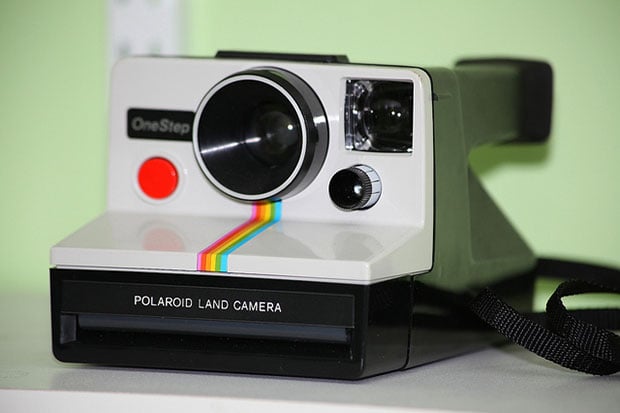 McVeigh’s toy OneStep consists of 99 separate LEGO pieces, and measures 2.5×2.25×3”. The iconic stripe down the middle of the camera’s frontside is actually a simple decal applied after the camera was built.

Why didn’t he build the rainbow stripe entirely out of LEGO? Because he included a user-powered instant photo ejection feature into the LEGO replica:

As with the LEGO Leica M9-P, McVeigh is putting this LEGO Polaroid camera up for sale as a custom LEGO camera building kit. The 99 piece set ships in a sturdy cardboard box, includes decorative details and the film ejection feature, and is available from the Powerpig StoreEnvy store for $37.50.

Build instructions for the camera will also be published soon on McVeigh’s personal website, so you can follow along with your own pieces if you’d rather not buy the pre-gathered kit.

(via The Brothers Brick via Gizmodo)