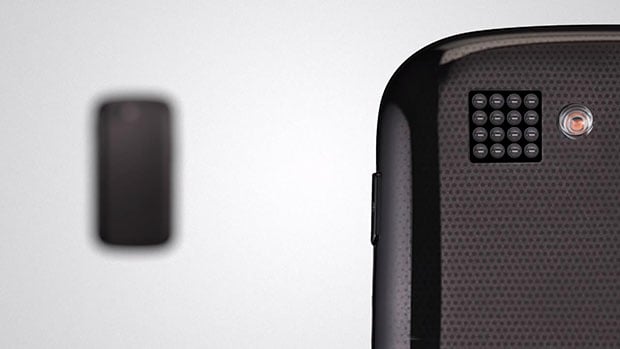 Lytro is seeing more and more competition these days, as more and more companies are jumping into the “snap now, focus later” game. There are now apps that mimic the technology, and companies like Toshiba are working on building Lytro-style smartphone camera modules.

Lytro’s latest challenger may be quite a formidable foe: it appears that Nokia has invested in Pelican Imaging, another startup that’s working on building Lytro-style smartphone camera arrays.

We first wrote about Pelican Imaging in early 2011, and reported that the company was working on a camera module that uses 25 micro-cameras to capture each image, recording depth information and using the 25 exposures to create a single higher-quality photograph.

Back then there was no mention of the company going after Lytro’s “shoot first focus later” ability, but now it’s clear that Pelican is working on exactly the same thing. Here’s a promo video released by Pelican back in February:

As you can see, it appears to be exactly the same concept. Pelican’s camera uses an array of micro-lenses (or micro-cameras) to create photos that can be refocused after the fact.

The Pelican camera/app actually one-ups Lytro’s camera by allowing the user to focus on two areas of a photograph at the same time!

Nokia apparently wants in on this technology. Bloomberg reports that the company’s investment arm, Nokia Growth Partners, is planning to pour money into the California-based camera module startup, which was started in 2008.

The smartphone market is currently dominated by Apple’s iPhone and Android devices, which together control more than 90% of the market. Nokia owns just 3%.

Lately, the company has been investing heavily in its smartphone photography technology in order to give customers a reason to switch over. It has generated quite a bit of buzz lately over its PureView technology, which has appeared as a massive 41-megapixel camera in the 808 PureView and as enhanced low-light performance in the Lumia 920.

Perhaps this latest investment is evidence that Nokia hopes to introduce “shoot first focus later” as a major feature in an upcoming PureView smartphone.

Equipment, Industry, Mobile, News, Rumors, Technology
array, cameraarray, cameramodule, focuslater, investment, lytro, nokia, pelican, pelicanimaging, smartphone, smartphoneography, technology, venture
Related Articles
Discussion
Trending Articles
Blood Moon, Aurora, and Milky Way Captured in One Photo
May 19, 2022
Wedding Photographer Tells Couple to Act Drunk, Gets Amazing Portraits
May 20, 2022
The Science Behind Why Watches are Set to 10:10 in Advertising Photos
May 17, 2022
You Are Still a Photographer, Even If No One Likes Your Images
May 21, 2022
Photographer Builds Giant Camera and Darkroom Bus
10 hours ago