For his latest time-lapse project, South African fine-art landscape photographer Joe Louw and his wife Jonelle took a week-long trip into the Karoo region of South Africa. Armed with two cameras, a Shukuma DOLLY and a Shukuma MINI, Louw emerged with some truly beautiful footage.

Louw recounts the trip in detail in the video description. Here’s a short snippet about the kinds of weather they had to brave over the course of their travels:

The days were hot and nights were windy, often stormy. Irregular cloud activities and sudden wind direction changes sure kept things interesting and unpredictable. It was sometimes difficult to know in which direction a storm was moving so I would take the risk to set up my camera to shoot throughout the night, not knowing if I’ll be forced to stop the shot.

During one night the wind was blowing like crazy and I was concerned about the camera and lens being so close to the ground. When I got out of the tent there was dust everywhere! As I got back to put all the equipment away, I was barely in the tent when the first raindrops started to fall! 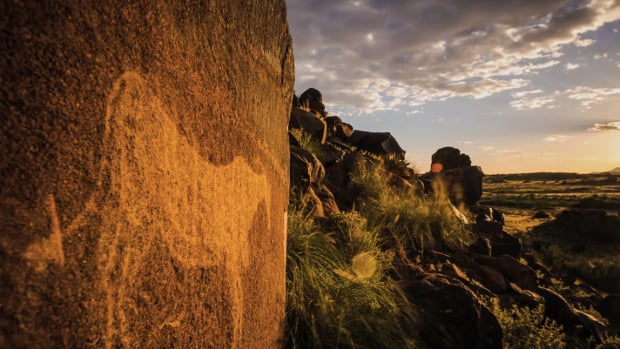 Besides the weather, the only problem they ran into was having too much to photograph. As Louw puts it, “if we had five cameras here they would all be shooting simultaneously in a different direction.” In fact, at one point, his camera shot for 18 hours straight without stopping for more than 30 minutes.

In the end, they returned with over 25 minutes of time-lapse footage that had to be edited down to under four minutes to match the music. Forget the rain, winds and blistering heat, we would guess it was the editing that was the hardest part of this journey.

Read the full story on Vimeo for more details, or check out Jonelle Louw’s Instagram feed for some behind the scenes pics from the ‘Karoo Journey.’