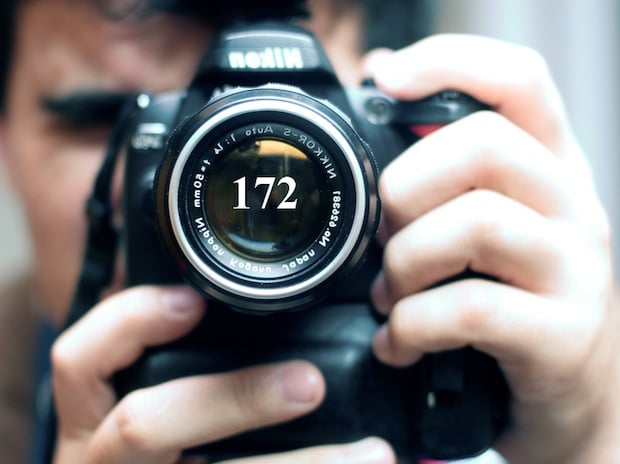 Back in 2010, we shared some statistics from CareerCast’s annual list of the best and worst jobs, and things weren’t looking good for the photography profession. At the time, “Photographer” ranked 126th of 200 on that list, with “Photojournalist” coming in near the very bottom at 189th. Sadly, in the intervening years since we last shared the info, things haven’t exactly gotten better.

The good news is, you’re probably not a lumberjack or newspaper reporter. Those guys rounded out the list at 199th and 200th, respectively. The bad news is that Photographer has managed to drop more than 15 spots per year since 2010. At this point, the profession ranks 172nd, right below Air Traffic Controller and Construction Worker. Photojournalists, on the other hand, have something to celebrate … though not much. They’ve actually jumped one spot up to 188th, right below Dishwasher and above Corrections Officer. We just hope none of those photojournalists are also newspaper reporters.

The methodology for how they got the numbers is almost identical to 2010. The factors considered this year were: environment, income, outlook and stress. For the first time since they started making the list, physical demands was lumped in with environment. 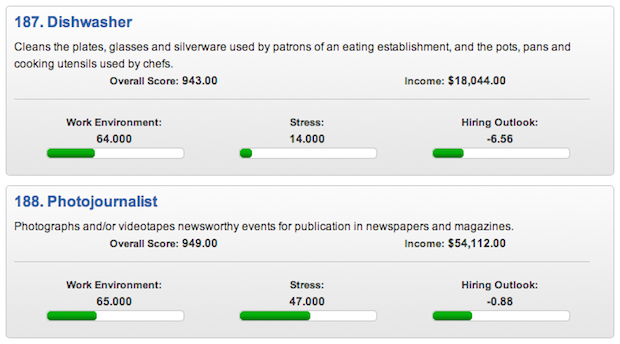 Since the methodology is the same, our feelings about the accuracy of the rankings are also the same. Factors such as “job satisfaction” aren’t considered, and many photographers and photojournalists who may be stressed out and/or poor are at least happy doing what they do. We don’t know about you, but we haven’t met a lot of garbage collectors (rank: 160) who are as passionate about their jobs as the photographers we talk to.

One of the commenters in 2010 also pointed out that “desirability” wasn’t considered. Photographers often hear how much people want their job, how often does a bank teller? And yet bank teller ranked 10 spots higher. But enough from us, what do you think? Have the last three years and the huge drop in ranking changed your outlook at all?

Image credit: Photo illustration based on I see life through the barrel of my 50mm lens. by Ricky Flores